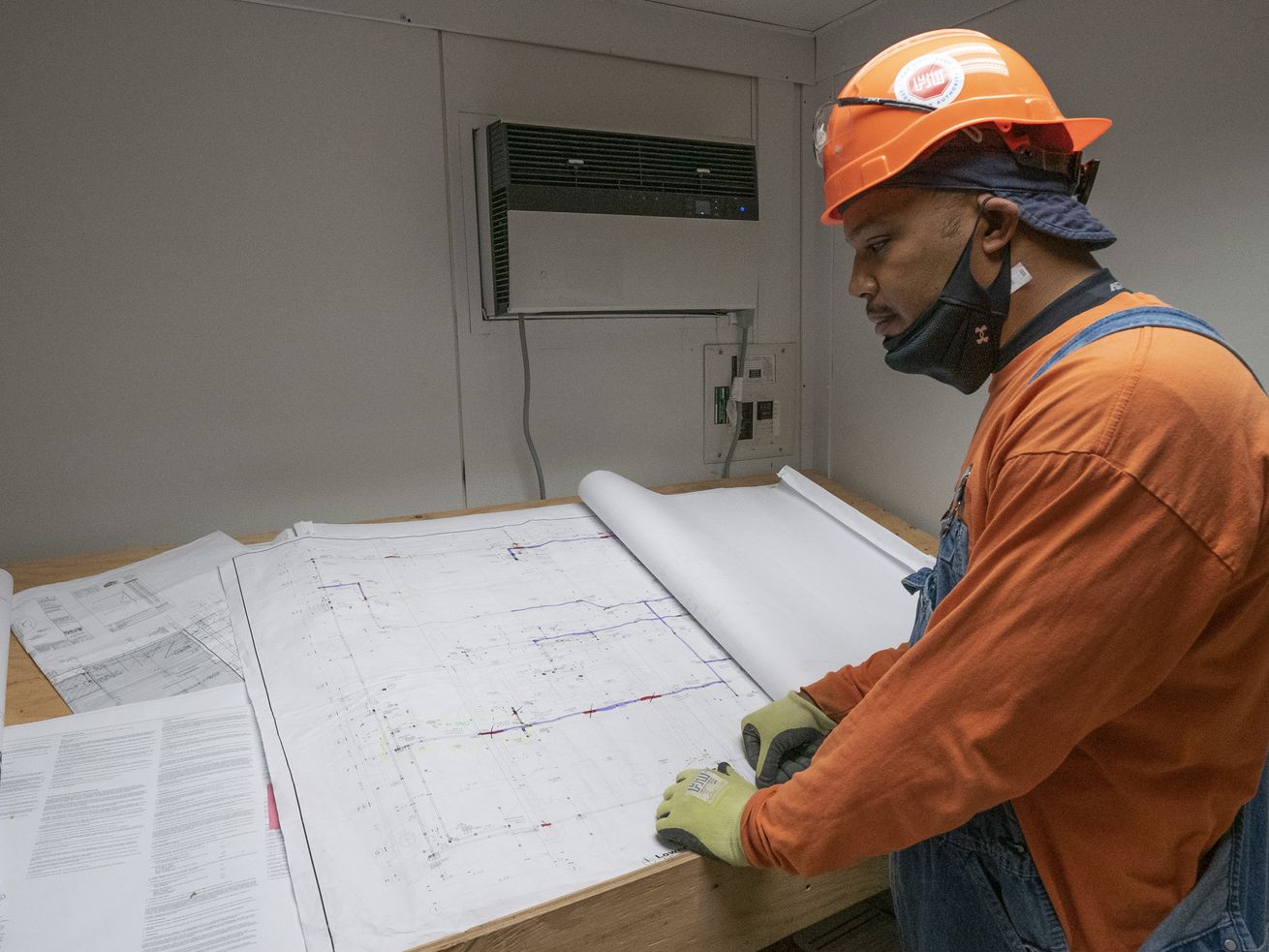 This organized labor profile was underwritten by the Chicago Journeymen Plumbers Local Union 130.

Social distancing at work isn’t a problem for Jason Reed.

A large portion of his shifts is spent tucked away in the bowels of unoccupied buildings or subterranean tunnels in order to install new water and sewer systems for some of Chicago’s biggest commercial projects.

He’s a plumber, yes, but not like the stereotype many imagine: the handyman armed with a plunger who makes house calls. Instead, the veteran of the Chicago Journeymen Plumbers Local Union 130 works with Hill Mechanical, a Chicago-based contracting firm.

“I’m definitely not your typical plumber that goes and plunges a toilet. This is way more intricate than that and very sensitive,” says Reed, 40, of North Kenwood. “If I don’t do my job right, I could put other people in danger.”

Reed said he identifies strongly with American plumbers’ long-held slogan, “The Plumber Protects the Health of the Nation,” especially because he’s been assigned to so many hospital projects. His 22-year resume includes construction projects for the University of Illinois Hospital, Cook County Hospital and the sprawling 14-story Rush University Medical Center pavilion at Ashland Avenue and the Eisenhower Expressway.

Failing to keep urinals, toilets, and sinks at hospitals clog-free and operational can jeopardize facilities’ sterile environment and put patients and health care professionals at risk. Hospital drains, for instance, are notorious breeding grounds for antibiotic-resistant superbug bacteria. The threat of COVID-19 spreading through plumbing has complicated matters even further this year.

The latest on the march toward a successful coronavirus vaccine

The delicate nature of hospitals plus the age of the city’s infrastructure requires a lot of study and planning. Reed describes plumbing the Rush Hospital building as a “putting together a jigsaw puzzle” using both new and old pieces because he had to retrofit to a century-old system.

“To make it usable and reliable and efficient was a big challenge,” Reed says.

Even something seemingly as simple as installing pipes for sinks can be daunting when you’re dealing with structures at the massive scale as, say, Chicago’s sixth-largest hotel. Reed was a general foreman for the plumbing of the Marriott Marquis, completed in 2017, which meant providing clean water for 1,205 rooms.

Calibrating the water pressure for all 40 stories of the hotel wasn’t easy.

“We had 220 PSI coming in, but that’s way too much for somebody to wash their hands with right? So you break it up with stations called pressure-reducing stations. There’s really a nice science to this work,” says Reed.

Brian Rich/Sun-Times
Reed is currently assigned to a construction site where a new skyscraper is being built, at 300 N Lower Michigan Ave.

Walmart Supercenter in Chatham to reopen following damage from unrest

Biden’s transition gets green light as Trump at last relents

Dear Abby: She’s not the cancer-battling type, but he won’t accept that