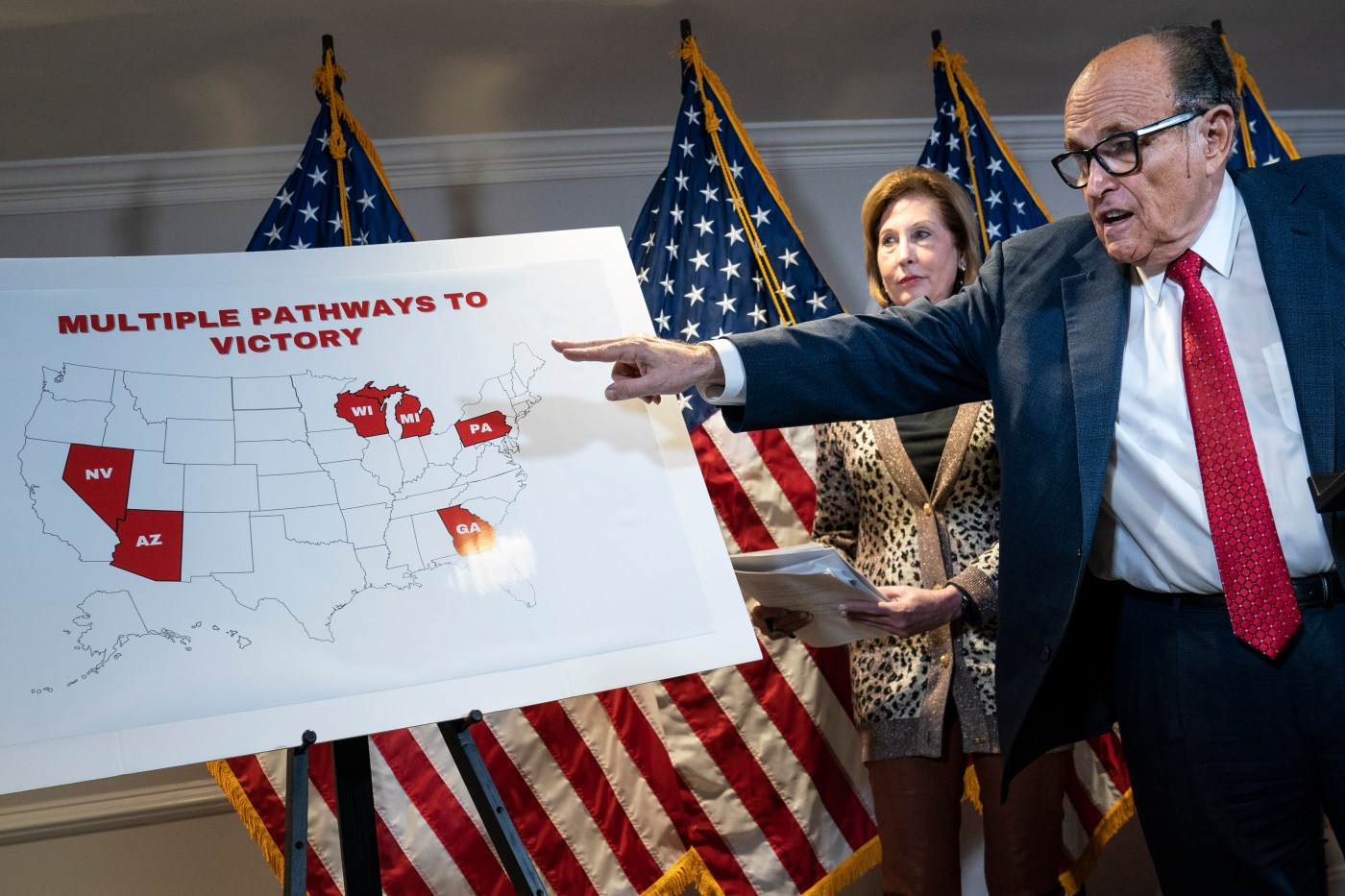 WASHINGTON — President Donald Trump and his allies are taking increasingly frantic steps to subvert the results of the 2020 election, including summoning state legislators to the White House as part of a longshot bid to overturn Joe Biden’s victory.

Among other last-ditch tactics: personally calling local election officials who are trying to rescind their certification votes in Michigan, suggesting in a legal challenge that Pennsylvania set aside the popular vote there and pressuring county officials in Arizona to delay certifying vote tallies.

Election law experts see it as the last, dying gasps of the Trump campaign and say Biden is certain to walk into the Oval Office come January. But there is great concern that Trump’s effort is doing real damage to public faith in the integrity of U.S. elections.

“It’s very concerning that some Republicans apparently can’t fathom the possibility that they legitimately lost this election,” said Joshua Douglas, a law professor at the University of Kentucky who researches and teaches election law.

“We depend on democratic norms, including that the losers graciously accept defeat,” he said. “That seems to be breaking down.”

Trump’s own election security agency has declared the 2020 presidential election to have been the most secure in history. Days after that statement was issued, Trump fired the agency’s leader.

The increasingly desperate and erratic moves are not expected to change the outcome of the 2020 election, where Biden has now received more votes than any other presidential candidate in history and has clinched the 270 Electoral College votes needed to win.

But the president’s constant barrage of baseless claims, his work to personally sway local officials who certify votes and his allies’ refusal to admit he lost is likely to have a lasting negative impact on the country. Legions of his supporters don’t believe he lost.

“It’s about trying to set up the conditions where half of the country believes that there are only two possibilities, either they win or the election was stolen,” said Justin Levitt, a constitutional law scholar and professor at Loyola Law School. “And that’s not a democracy.”

The two GOP canvassers in Michigan’s Wayne County said in a statement Thursday they lacked confidence that the election was fair and impartial. “There has been a distinct lack of transparency throughout the process,” they said. But there has been no evidence of impropriety or fraud in Michigan, election officials have said.

Trump’s allies have homed in on the way that the president’s early lead in Michigan and some other states on Election Night slipped away as later votes came, casting it as evidence of something nefarious.

But a massive influx of mail-in ballots because of the coronavirus pandemic leaned largely to Biden, who encouraged his supporters to vote by mail, and those votes were the last to be counted. So it appeared Trump had an edge when he really didn’t.

The top streaming TV shows on Disney Plus, HBO Max, Netflix, and others this week

Do the Clippers have another big move up their sleeve?

Southern California politicians weigh in: Was the 2020 election fair?

As a COVID-19 vaccine for 2021 looks more promising, insiders say health passports are back on the menu