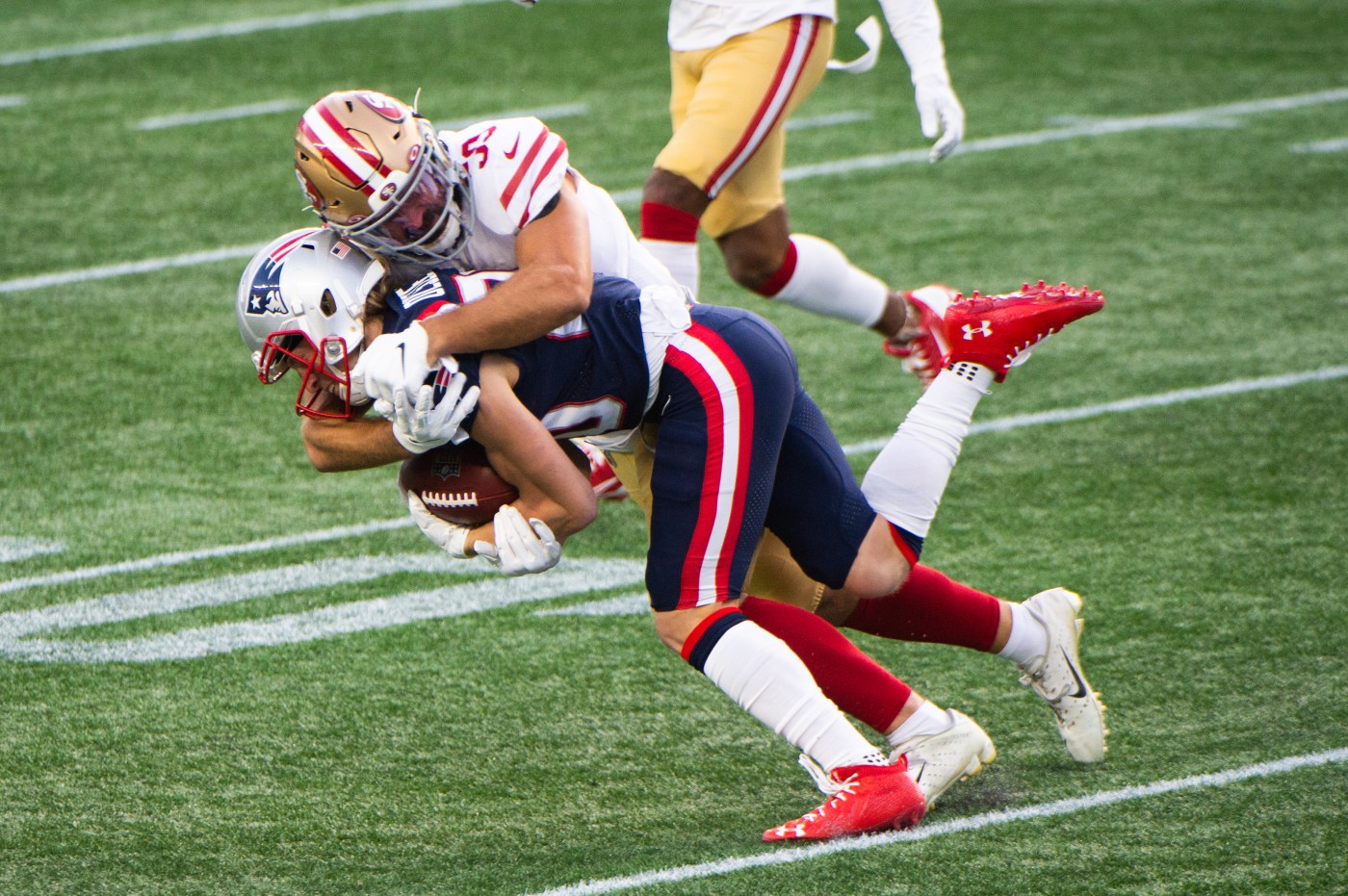 The 49ers are adding another two players to their coronavirus reserve list Thursday, as center Hroniss Grasu and linebacker Joe Walker will be required to self-isolate.

Grasu has started three games for the 49ers after signing with the team in August. He’s bounced back and forth from the practice squad, but with injuries to 2019 starters Weston Richburg and Ben Garland, Grasu has been called upon to play a larger role on the line.

Walker, a fourth-year inside linebacker out of Oregon, has been used mostly on special teams since joining the 49ers in the offseason after stints with the Eagles and Cardinals. Like Grasu, Walker has been on the practice squad at times this year.

Grasu and Walker join defensive linemen Arik Armstead and Javon Kinlaw on the 49ers’ COVID-19 reserve — both added earlier during the bye week.

Pro Bowl ballot submitted by 49ers is a stunner

Two weeks ago, the 49ers were forced to play against the Green Bay Packers without four players after Kendrick Bourne tested positive.

If the players on reserve now are not positive, complete their five-day isolation period and test negative throughout, they should be available next Sunday against the Los Angeles Rams. If one of them is positive, he will face a more rigorous path to returning to play.

27 thoughtful and sweet gifts to give your grandma

Dear Abby: The deceased had our precious family photos — will we ever get them back?

Inside the COVID-19 vaccine airlift: How cargo carriers plan to distribute the world’s soon-to-be most valuable drugs to market

Miss Manners: Does my wardrobe mark me as out of date?