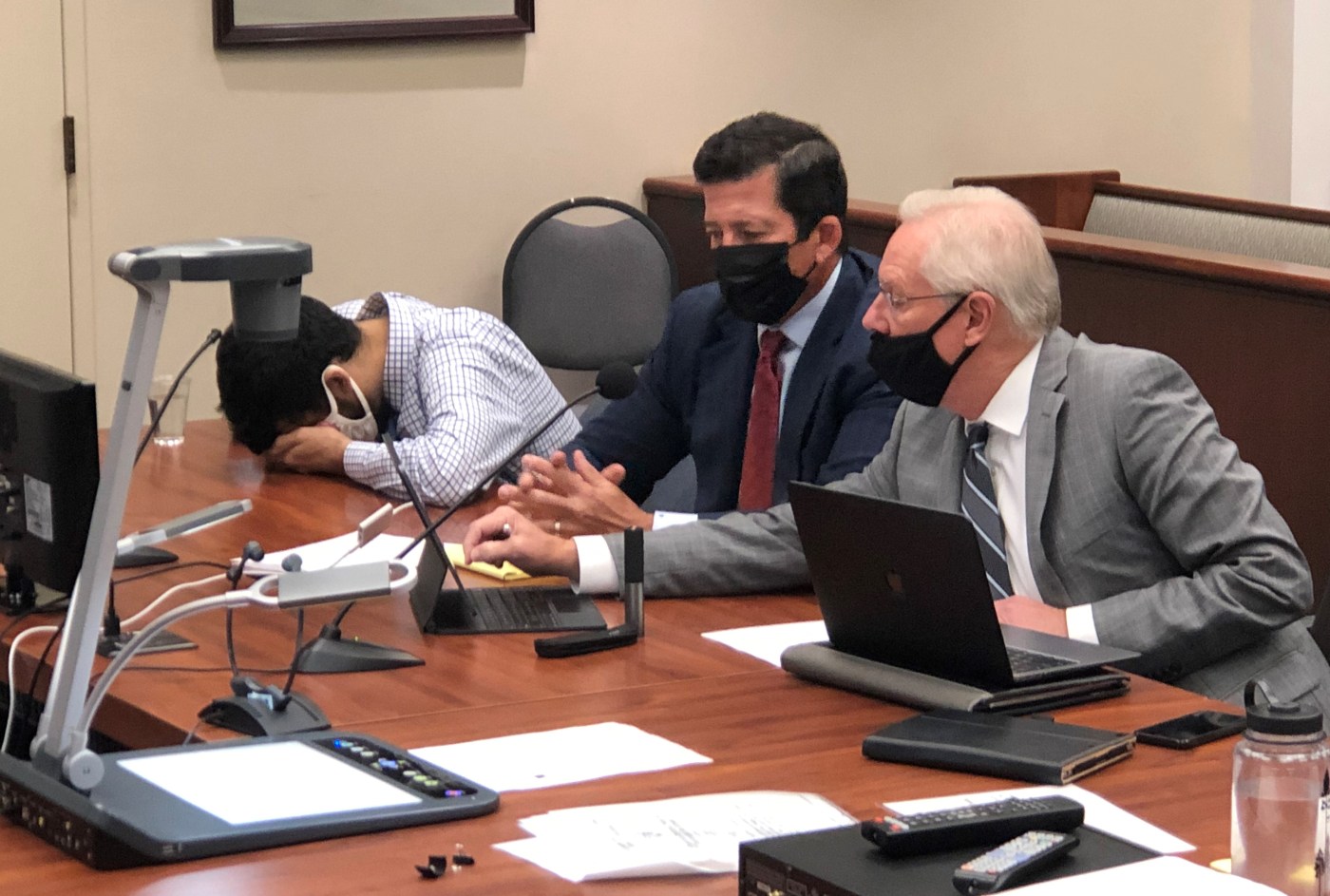 A former minor league baseball player who used a bat engraved with his name to bludgeon to death his father, uncle and a bystander inside a Corona home should spend the rest of his life in prison without the possibility of parole, a jury recommended on Thursday, Nov. 19.

Brandon Willie Martin, 27, tilted his head back and clasped his hands behind it when the verdict was read in Riverside County Superior Court in Riverside. Defense attorney Christian R. Jensen patted co-counsel T. Edward Welbourn on the back.

The jury could have recommended the death penalty. Judge Bernard J. Schwartz will make the final decision when he sentences Martin on Jan. 29, 2021.

“This is a case we saw ending this way,” Welbourn said outside court. “We knew and believed so much in his mental illness that we were hoping we put out the correct information to let the jury make the choice that they did.”

Martin had been diagnosed with paranoid schizophrenia and was released early from a 72-hour mental health hold only hours before he killed his wheelchair-bound father, 64-year-old Michael Martin of Corona; his uncle, 51-year-old Ricky Lee Andersen of Corona; and 62-year-old alarm installer Barry Swanson of Riverside on Sept. 17, 2015.

The attorney said  jurors told him afterward that there wasn’t one specific piece of evidence that swayed them, other than they found the testimony of a defense psychiatrist “impactful.”

Juror Thomas Van Dorn, 68, of Moreno Valley, who once worked as a civilian jailer in Whittier, said he strongly believed from the outset of deliberations, which lasted a day and a half, that life without parole was appropriate.

“I feel it’s a little more punishment,” Van Dorn said. “He’s going to wake up every morning knowing what he did.”

Jeremy Swanson, one of Barry Swanson’s sons, sat in the gallery during Thursday’s hearing and afterward said he wanted Martin to suffer a long prison sentence instead of being put to death.

“He deserves to rot and die in prison,” Swanson said. “He is going to have to deal with the politics of prison.”

He added that he believes Martin is mentally ill but that family members exaggerated the severity in their testimony. He said jurors told him they agreed

The District Attorney’s Office said it would not comment until the sentence is final.

Martin was convicted of three counts of first-degree murder earlier this month. The jury also found true a special circumstance allegation of taking multiple lives in the same crime, and further convicted him of one count each of auto theft, evading arrest, obstructing a peace officer and injuring a police K-9.

Juror Thomas Van Dorn, 68, of Moreno Valley, said he strongly believed from the outset of deliberations that life without parole was appropriate. He said some jurors were initially “on the fence.”

How a wealth coach went from $70,000 in debt to a 7-figure net worth by building a new habit into her day

THE AVOD ECOSYSTEM: As cord-cutting shifts the revenue model of media companies, the ad-supported streaming space is poised to take off — here are the key players brands need to know, and how to work with them