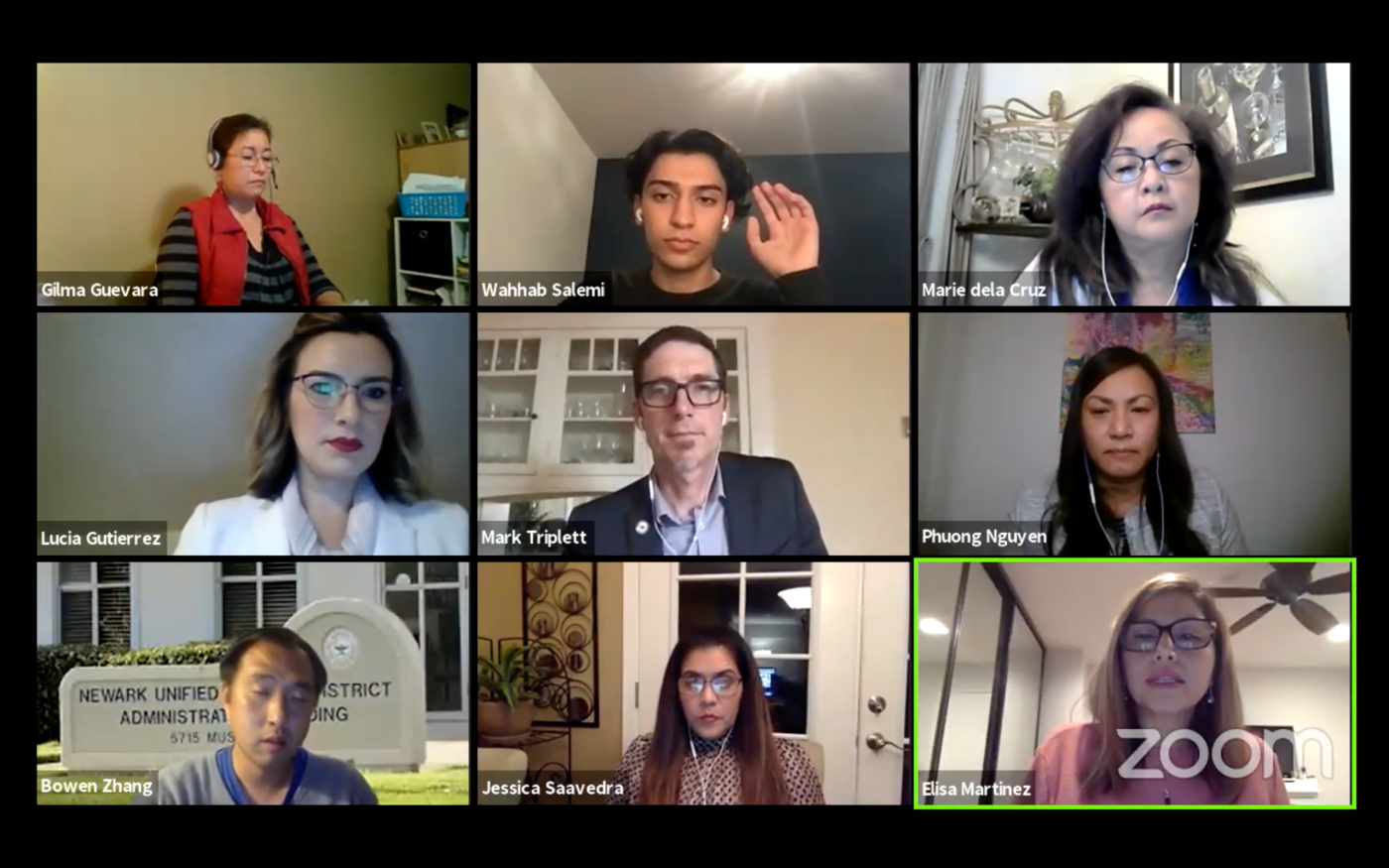 Newark Unified School District board president Elisa Martinez, and board members Phuong Nguyen and Bowen Zhang voted in favor of the decision, while board member Ray Rodriguez was absent.

The board also voted to convert its only junior high school into a middle school beginning in the 2022-23 school year, and move all sixth graders from around the district to that school.

Some people who called into the meeting became emotional discussing the possible closures, as did Zhang at one point during the board’s lengthy deliberation on the issue.

“I do have a special emotional connection to Musick,” Zhang said.

“These are real people we are impacting, but at the end of the day we need to make the most objective decision,” Martinez said.

School officials say the closures are necessary because of a decade of declining enrollment. The district has lost 1,455 students since 2009-10, or about 21 percent of its enrollment since that time, causing a significant decline in revenue, staff reports said.

The board pledged to cut about $6 million over the current and coming school years, and staff estimated two elementary school closures could save about $1 million, but the board only voted to close one school in the coming year.

“The $500,000 will need to come from somewhere, whether its reserves or additional reductions,” Marie dela Cruz, the district’s chief business official said, which the board will evaluate in the coming weeks.

In the weeks leading up to Thursday’s decision, parents, staff, and students marched and protested over the issue, and some accused the school district of a lack of transparency and equity in the process of selecting schools for possible closure.

A school closure committee recommended the board consider four elementary schools for closure: Graham, Musick, Lincoln, and Snow, with Graham and Musick selected as the top two.

Among other factors Thursday, the board favored closing Snow and consolidating it into Graham because Graham has the space to absorb all of Snow’s 307 students, so kids won’t be split up.

Martinez said closing Musick would affect less students, as it has the lowest enrollment, and it is projected to decline in coming years.

About two dozen parents, students, and residents from around the district called into the board meeting Thursday to voice displeasure over the closures, and to vouch for their schools.

Some said investments were made at Musick in recent years to accommodate students from a shuttered preschool, and it houses a large number of special education students, along with a high proportion of English-learner students and low-income students.

“To be honest, our family has the resources to find a better school situation should we need to, but there are many in our community that do not have that option, and many of …read more

Some police agencies will not enforce new stay-at-home orders, is a “last resort” for others

Inside SNKRS: How a group of Nike employees went ‘unconventional’ to build a chart-topping app that would transform sneaker culture