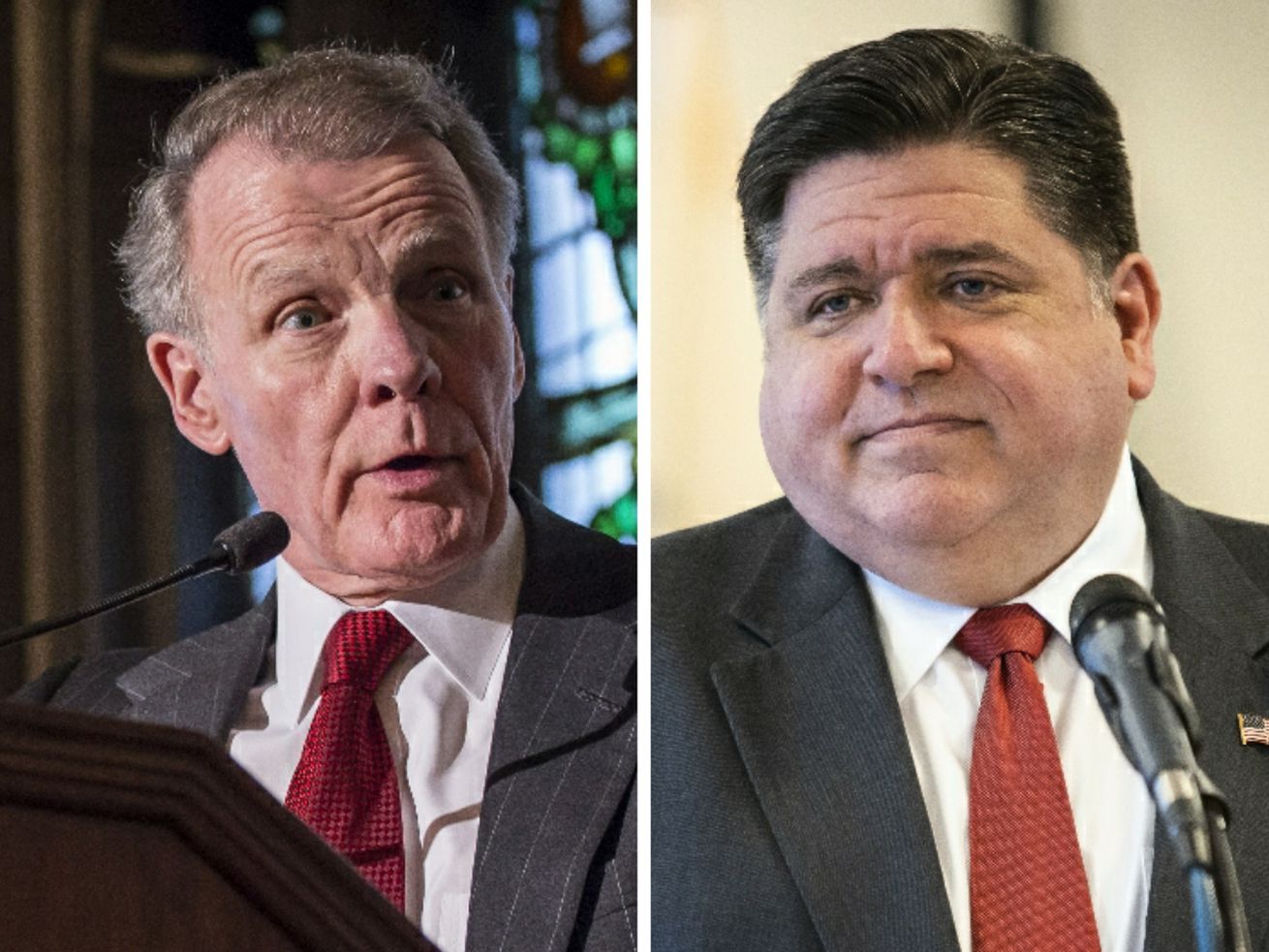 “Written statements and dodged investigatory hearings are not going to cut it,” Pritzker said. “If the speaker cannot commit to that level of transparency, then the time has come for him to resign as speaker.”

But four indictments and over two weeks later, the governor was less forceful Thursday in calling for Madigan to step down as House speaker.

“If Speaker Madigan wants to continue in a position of enormous public trust with such a serious ethical cloud hanging over his head then he has to, at the very least, be willing to stand in front of the press and the people and answer every last question to their satisfaction,” Pritzker said at his Thursday briefing on the coronavirus.

“Written statements and dodged investigatory hearings are not going to cut it,” Pritzker continued. “If the speaker cannot commit to that level of transparency, then the time has come for him to resign as speaker.”

Pritzker went on to say that state residents “do not deserve a political circus” on top of dealing with a pandemic that has upended lives and livelihoods, but he said it’s ultimately up to state lawmakers to decide who will lead them.

17 shot, 2 fatally in Chicago so far this weekend

“I trust that they will think long and hard about the duties that they owe to the people that we all work for,” Pritzker said.

Two days after the November election, in response to a reporter’s question, the governor said that he agreed with U.S. Sen. Dick Durbin’s comments a day earlier that Democrats “paid a heavy price” for Madigan’s role at the top of the party.

Asked to clarify if he agreed with Durbin that the party needed new leadership, the governor gave a terse, but emphatic, response.

Pritzker put the blame largely on Madigan, saying Republicans successfully used the politically damaged speaker to “hurt our ability to get things done.”

Madigan himself has not been charged with any crime and again professed his innocence on Thursday.

But a day after the indictment of four insiders with ties to Madigan, the number of Democratic House members declaring they don’t plan to vote for Madigan for speaker rose to 16 out of the 73 in the chamber.

New mom off ventilator, out of hospital and warning others about COVID-19

Archaeologists unearthed 160 sarcophagi in an Egyptian city of the dead. They opened one that was sealed for more than 2,500 years.

Woman said she was ‘full of rage’ when she killed boyfriend, charges say