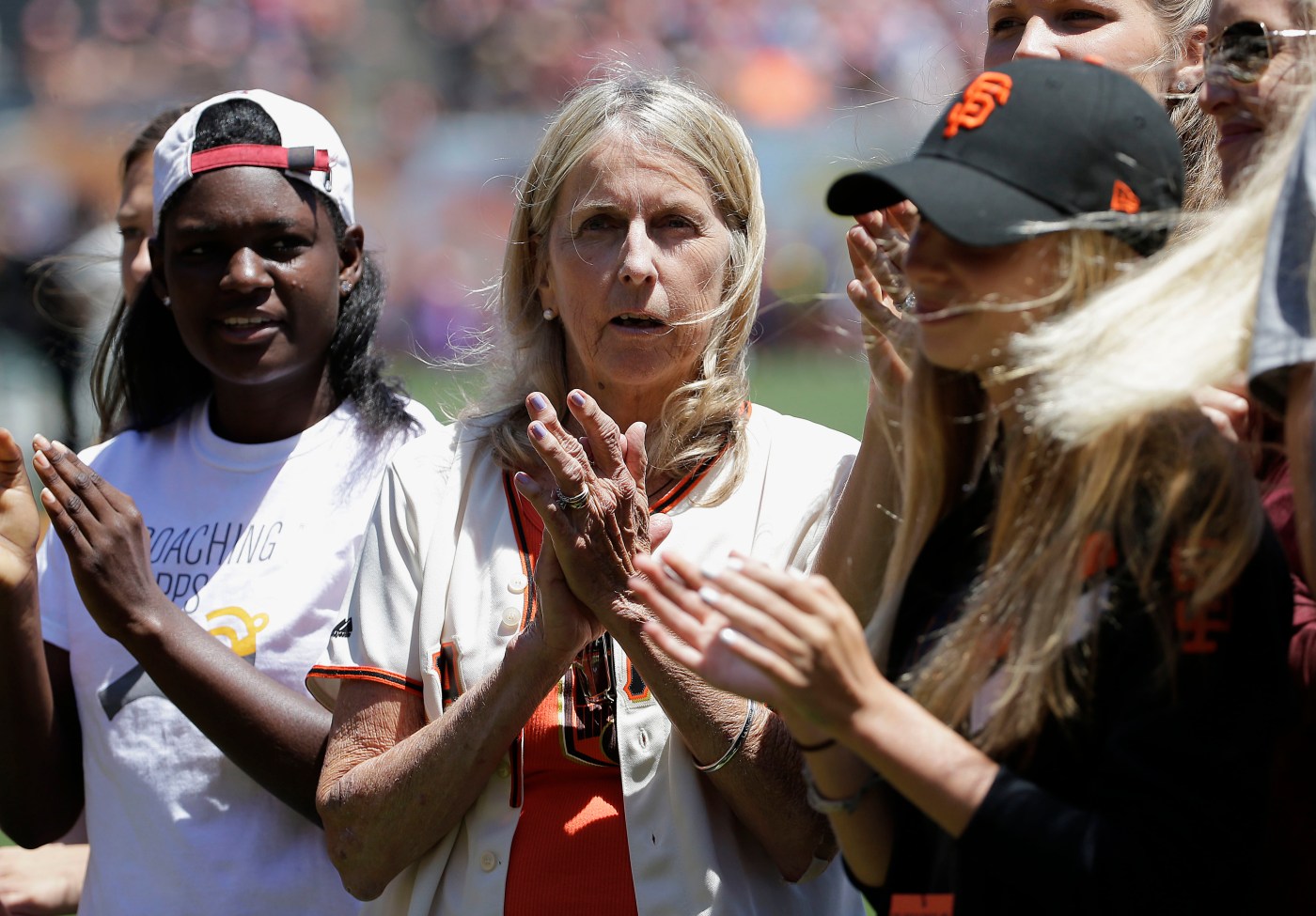 The ethics panel found that Cribbs, president and CEO of the San Francisco Bay Area Sports Organizing Committee and the former USA Table Tennis board chair, “is not eligible to be a USOPA officer based on the representations she made about her medal status” in a video provided the USOPC, according to an email from Holly Shick, USOPC chief ethics and compliance officer, provided to the Orange County Register.

Cribbs has referred to herself for decades as an Olympic gold medalist. She swam in the preliminary round of the 4×100 meter medley relay at the 1960 Olympic Games but did not compete in the final where the U.S. team was victorious.

The ruling follows a USOPC investigation into allegations that USOPC by-laws were violated during a recent election of USOPA in which Cribbs was a candidate.

The USOPA election dispute is significant because the organization has two seats on the USOPC board of directors, which plays a leading role in setting the priorities and direction of the USOPC and the 50 national governing bodies under its umbrella.

Cribbs did not respond to a request for comment.

The USOPC investigation was prompted by allegations that the USOPA nominating committee chaired by John Naber, an Olympic swimming champion, did not follow USOPC vetting guidelines and that Cribbs failed to disclose the results of a USOPC-commissioned investigation of USA Table Tennis that was highly critical of Cribbs and played a leading role in her being forced to resign as the USATT chairman. USOPC later received complaints about Cribbs referring to herself as a gold medalist.

Naber, a former USOPA president, is one of four candidates for the two alumni seats on the USOPC board of directors voted on by the USOPA.

The ethics committee ruled that the “USOPA must hold a new election to ensure candidates are fully vetted and based on one candidate’s withdrawal after the election was underway,” according to the Shick email.

The ethics committee, chaired by IOC vice president Anita DeFrantz, also ruled that the “USOPA must conduct a more rigorous vetting process on candidates before their names are included on election ballots, including background checks and self-disclosures of adverse information relevant to the qualities sought for those roles. This new process applies to the USOPA Executive Committee and other committee members.”

“The USOPC Ethics Committee reached the right result; the Olympic values of integrity and sportsmanship should apply to the corporation and throughout the Olympic Movement,” said Edward G. Williams, a member of the USOPA, biathlete in the 1968 Winter Olympics, and former assistant U.S. attorney, who filed a  complaint …read more

How to cook a holiday feast during a pandemic

These podcasting companies could be next to be acquired