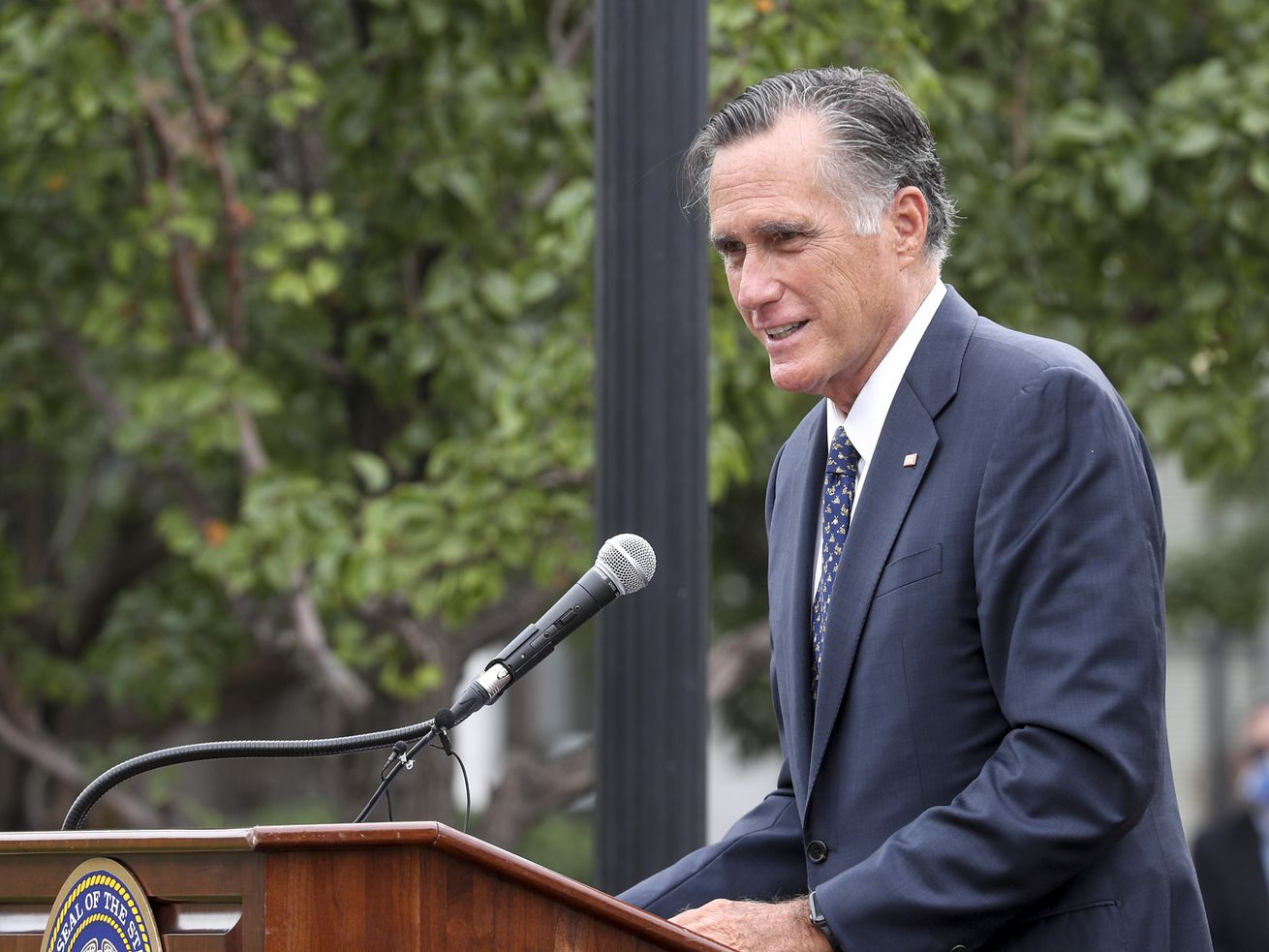 The Utah Republican Party issued a statement supporting President Donald Trump as he questions the results of the 2020 presidential election Thursday, while one of Utah’s Republican senators took the opposite view on Twitter calling the president’s actions “undemocratic.”

“Earlier today, President Trump’s legal team held a press conference outlining evidence of what appears to be widespread improprieties in the elections practices in states such as Michigan, Pennsylvania, Wisconsin, and Nevada,” the statement from the Utah GOP said. “These allegations, if found to be substantiated, could change the outcome of the election. In light of the gravity of these allegations, they need to be thoroughly investigated, and if necessary, litigated.”

There was no evidence presented at the press conference, which Jenna Ellis, legal adviser for the campaign, likened to an “opening statement” outlining a case at its onset as she spoke at the event. There is also no indication any court action presented by Trump’s team will change the outcome of the election, projected to be an Electoral College win of 306 to 232 for Biden. The Democratic challenger also won the popular vote by nearly 6 million more votes than the president.

Thursday night Republican Sen. Mitt Romney strongly denounced the assertions being made by the president and his team.

“Having failed to make even a plausible case of widespread fraud or conspiracy before any court of law, the President has now resorted to overt pressure on state and local officials to subvert the will of the people and overturn the election,” Romney tweeted. “It is difficult to imagine a worse, more undemocratic action by a sitting American President.”

Why did anyone think the Bears, with THAT offense, were going to be good in 2020?

The Utah GOP statement continued: “The American people deserve to know whether these allegations are true or false. The Utah Republican Party stands not only with the American people on this issue, but with the president. If there is any truth to the concerns about connections between the Dominion voting machines, Smartmatic voting software, and coordinated attempts to interfere with the outcome of the election, it is in our country’s best interest to shed light on what has happened. After all, sunlight is always the best disinfectant.

“While the Utah Republican Party stands firmly with the president and his request that these serious allegations be investigated, we also believe it is in everyone’s best interest to have these allegations addressed and resolved. This is true regardless of who eventually wins the election. We call on all parties involved to conduct an open and honest investigation as quickly as possible, and for Americans to accept the outcome of that investigation. The American people deserve to know that they can trust the system by which we choose our elected officials.”

The president has filed multiple lawsuits, some of …read more

Rams vs. Tampa Bay Buccaneers: Who has the edge?

The US economy will shrink in the 1st quarter of 2021 as winter weather spurs virus resurgence, JPMorgan says

How to charge your Ring doorbell in 5 simple steps

Rapid testing 75% of a city every 3 days could ‘drive the epidemic toward extinction’ within 6 weeks, a new study claims