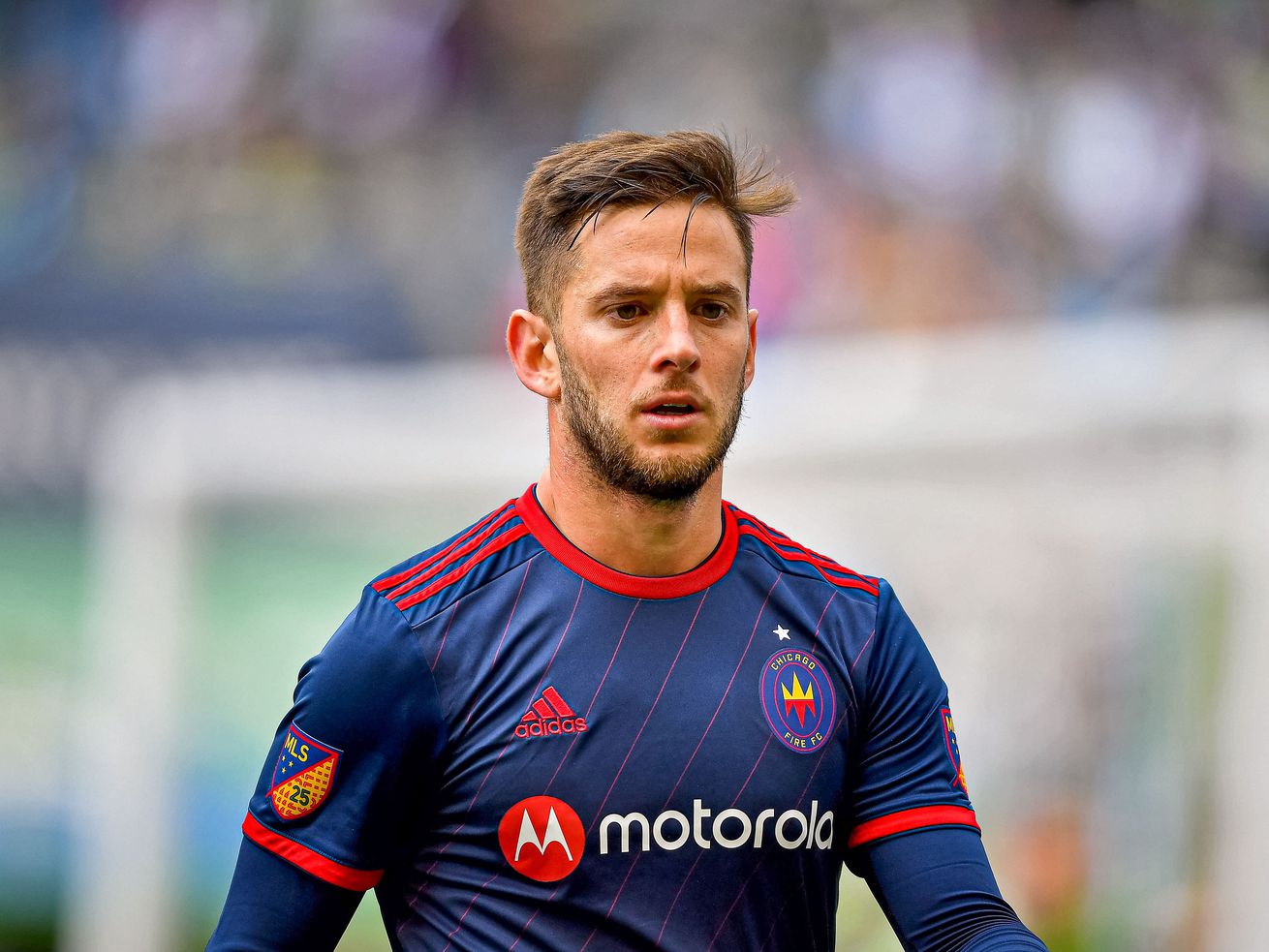 Alvaro Medran figures to be a key part of the 2021 Fire. | Courtesy of the Fire

They have three designated players and a 28-man roster, but the Fire shouldn’t be shy about upgrading where they can.

If they do stress continuity like sporting director Georg Heitz said they will, the Fire don’t have all that much to do before the 2021 season. They have three designated players, and counting newly added striker Chinonso Offor, a 28-man roster.

But as the results showed this year, Heitz and the Fire shouldn’t be shy about upgrading where they can. There’s also the possibility that players move on, which could free up more room for the team to make changes.

Here’s what the Fire have to work with entering the offseason:

Goalkeeper
After starter Kenneth Kronholm blew out his right knee during a July 30 training session, the Fire turned to MLS veteran Bobby Shuttleworth. Shuttleworth provided a steady and reliable presence for the Fire, giving them consistency after Kronholm was lost for the season.

Both are under contract for next season, and assuming Kronholm recovers from his injury, the Fire should be set in goal regardless of who’s the starter in 2021. They may need to find a third-string goalie after declining Connor Sparrow’s option, but there should be other priorities than upgrading the goalie position this winter.

Defense
Other than left back, where Miguel Navarro and Jonathan Bornstein split time, the Fire’s back line was settled with Boris Sekulic at right back and rookie Mauricio Pineda pairing with Francisco Calvo in the middle. All five are under contract for next season, and 20-year-old Carlos Teran could have a bigger role after signing in August. Johan Kappelhof is also under contract, though he only played 200 minutes because of injury.

This is an area where the Fire can use some help. Bornstein recently turned 36 while Navarro is inexperienced. Sekulic was solid but not as attack-minded as right backs are nowadays. Pineda was stellar and the Fire value Calvo’s leadership, but the back line as a whole could use another experienced starting-level player.

Midfield
Playing deep in the Fire’s 4-2-3-1 formation, Alvaro Medran and Gaston Gimenez formed one of the best partnerships in MLS. The pair complemented each other, and Medran was noticeably better when Gimenez was around to do the dirty work, which allowed Medran to be more forward-minded.

The attackers in front of Medran and Gimenez, though, could use a sharper edge. Luka Stojanovic was supposed to be a key component but played just 60 minutes before suffering a knee injury in July. Stojanovic’s emergence would help the Fire, who depended on Przemylsaw Frankowski, Djordje Mihailovic, Ignacio Aliseda and Fabian Herbers. Another high-level player, whether it’s a central attacker or winger, should be high on Heitz’s list.

Both Frankowski and Mihailovic have been linked with moves overseas, and if one of them leaves, the need would be even more pressing.

Striker
Robert Beric, who was brought in to replace Nemanja Nikolic, scored 12 goals, despite going through a seven-game dry spell. Barring something unexpected, the …read more

As a COVID-19 vaccine for 2021 looks more promising, insiders say health passports are back on the menu