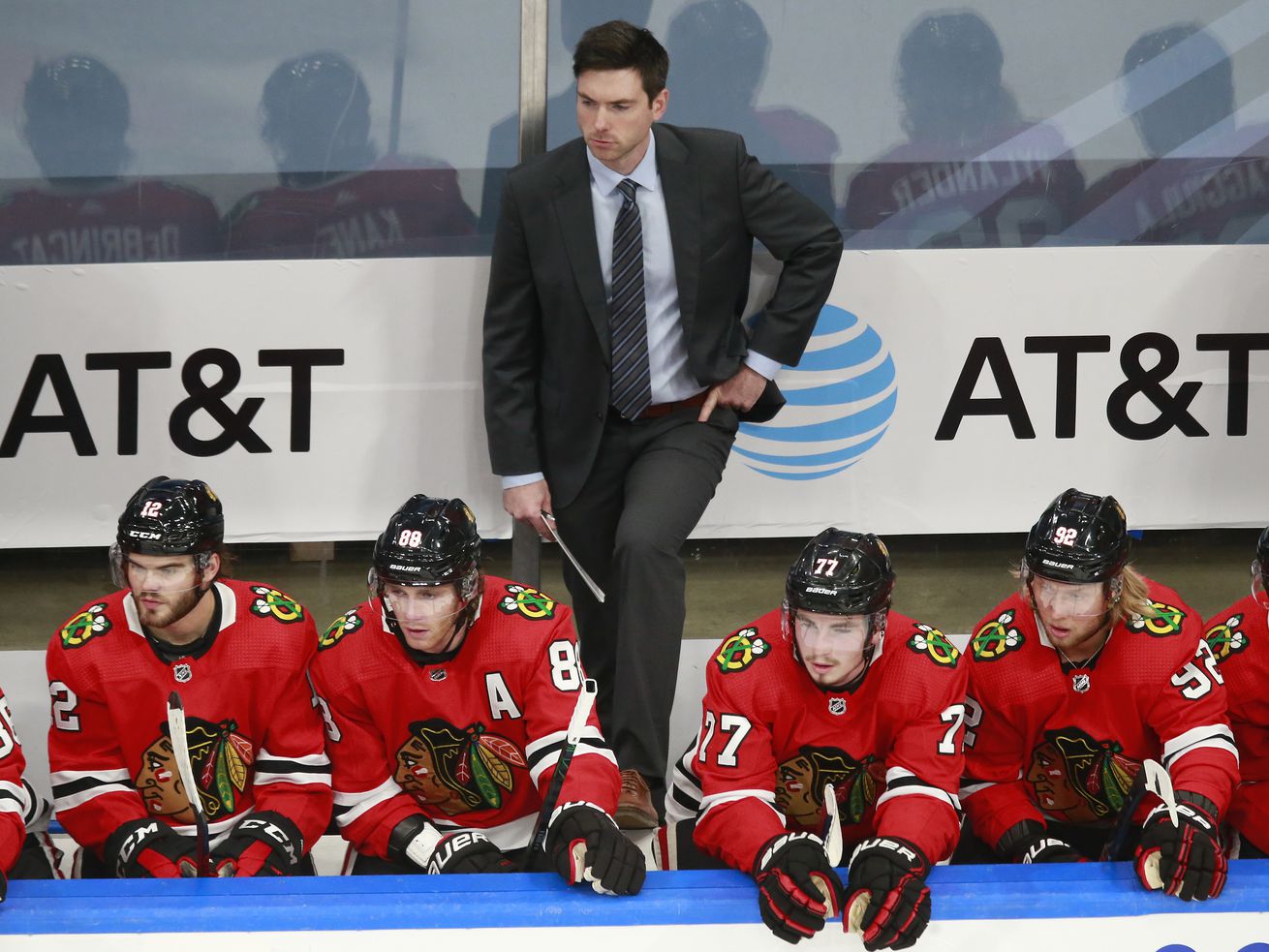 Still the NHL’s youngest head coach, Colliton discussed his plans and goals for the Hawks and himself in the upcoming 2021 season.

Jeremy Colliton vividly remembers the night that has become his defining news conference as coach of the Blackhawks.

The Hawks had fallen to 2-4-2 with a pitiful 4-1 home loss to the Flyers minutes earlier. Colliton, usually mellow and composed, was visibly frustrated. He gave the closest thing to a rant he has given, insisting the line combinations — a much-discussed subject around that time — didn’t matter, considering how lazy the Hawks’ effort had been.

That quote has been repeated hundreds of times since, sometimes painting Colliton in a positive light, sometimes in a negative one.

Even now, with the Hawks’ tumultuous 2019-20 season in the rearview mirror, Colliton’s emotion changes markedly when he reflects on it.

‘‘The point that I was trying to make is work ethic and competitiveness and team-first decisions, that’s what helps you win,’’ Colliton said this week. ‘‘If you don’t have that as a base, nothing else matters.

‘‘Are [lines] important? Are they something we still talk about all the time? Yes. If they didn’t matter, we wouldn’t change things around, trying to look for a spark. But there is no spark if there is no work ethic.’’

As Colliton has become more established and comfortable as an NHL coach, his willingness to criticize his team has grown.

Outside of Oct. 24, he repeatedly insisted through the first few months of last season that the Hawks were doing almost all the right things and were close to a breakthrough.

Now, looking back, he admitted his players were neglecting some fundamental aspects of hockey. In that context, the ‘‘combos’’ rant makes much more sense.

‘‘We took a step around Christmas. We improved. We got better as the second half went on, and then we took another step come summertime. We need the group we have [now] to continue that.’’

One major factor in the Hawks’ improvement as last season went along was Colliton’s decision last November to abandon — for the second and final time — the ‘‘overload’’ defensive scheme he had tried to install.

In that system, the Hawks’ strong-side wing would collapse down low in the defensive zone, giving the Hawks a four-on-three advantage in that area — essentially ‘‘overloading’’ it. That conservative tactic provided insurance if a defenseman lost his mark, but it left only the weak-side wing ready to counterattack.

‘‘Because we did that, we had a tough time getting out of ‘D’ zone with numbers,’’ Colliton said. ‘‘In order to not turn the puck over, it was forcing …read more

Doctors and health officials in US coronavirus hotspots tell the same story: We’re being villainized and ignored while trying to save lives

How Cars Are Professionally Detailed and Deep Cleaned