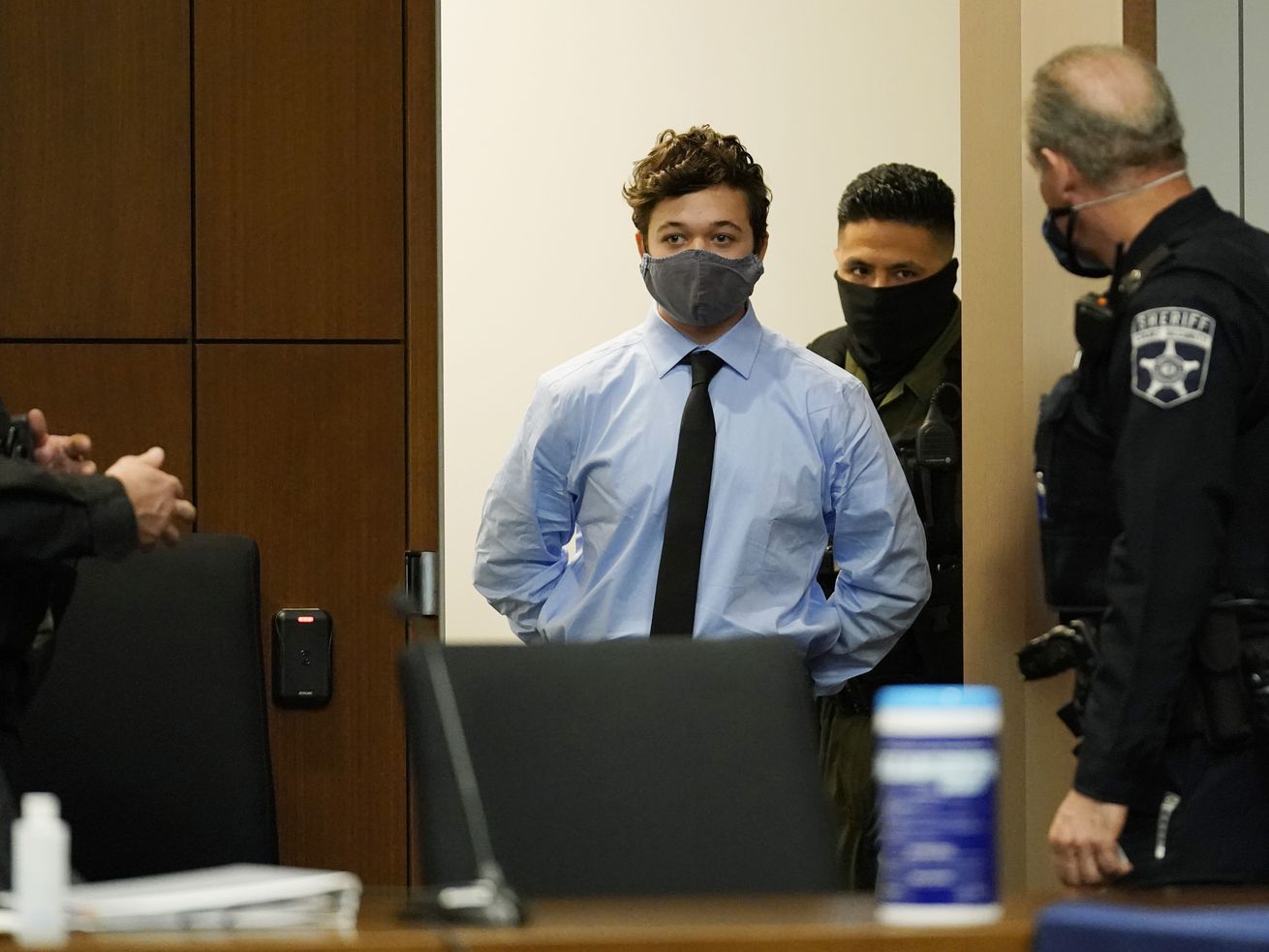 Hours after being released, L. Lin Wood of Atlanta, who is a member of Kyle Rittenhouse’s defense team, tweeted a photo of Rittenhouse, Ricky Schroder and attorney John Pierce, under a title of “FREE AT LAST!!!”

KENOSHA, Wis. (AP) — An Illinois 17-year-old accused of killing two people during a protest in Wisconsin was seen smiling in a photo with his lawyer and “Silver Spoons” actor Ricky Schroder after being released from custody by posting a $2 million bond.

Kyle Rittenhouse is accused of fatally shooting Joseph Rosenbaum and Anthony Huber and wounding Gaige Grosskreutz during a demonstration Aug. 25 that followed the police shooting of Jacob Blake in Kenosha. He posted bond through his attorney at about 2 p.m. Friday.

Hours after being released, L. Lin Wood of Atlanta, who is a member of Rittenhouse’s defense team, tweeted a photo of Rittenhouse, Ricky Schroder and attorney John Pierce, under a title of “FREE AT LAST!!!” Lin earlier tweeted that a donation from Schroder helped put Rittenhouse’s bond fundraising effort “over the top.”

Rittenhouse, of Antioch, Illinois, told police he was attacked while he was guarding a business and that he fired in self-defense.

He faces multiple charges, including intentional homicide, reckless endangerment and being a minor in possession of a firearm. Wisconsin law doesn’t permit minors to carry or possess a gun unless they’re hunting. He is due back in court on Dec. 3 for a preliminary hearing.

His case has taken on political overtones. Supporters of the Black Lives Matter movement have painted Rittenhouse as a trigger-happy white supremacist. Conservatives upset over property destruction during recent protests have portrayed him as a patriot who was exercising his right to bear arms during unrest. A legal defense fund for Rittenhouse has raised millions of dollars in donations, and his mother got a standing ovation from women at a Waukesha County GOP function in September.

This You Gotta See: NFL playoff implications galore, and another biggie for Notre Dame

THE GLOBAL SMB NEOBANKS REPORT: How 17 upstarts are tailoring solutions to tap the $850 billion annual opportunity in addressing the unmet needs of SMBs

4 shootings with at least 3 wounded reported since Thursday

We built the first-ever searchable database of the top Wall Street recruiters for banking, hedge funds, and private equity

Tech is revolutionizing the old-school legal industry. How law firms are partnering up to cut costs and the startups set to benefit.