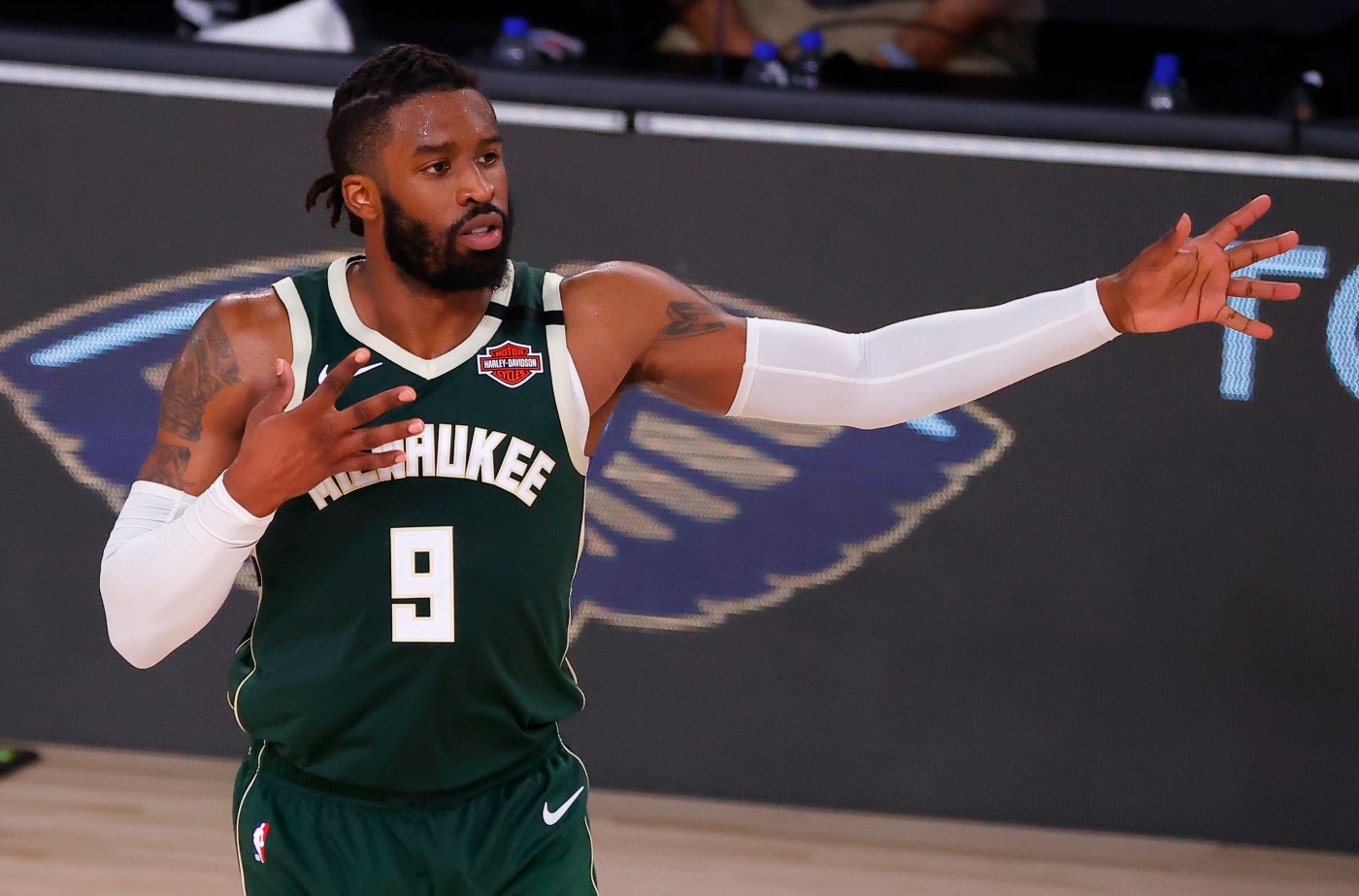 With one of their wings traded away and another two on the free agent market, the Lakers quickly moved at the start of free agency to shore up their depth.

The Athletic was first to report that the Lakers have agreed to terms with Wesley Matthews, a 34-year-old, 6-foot-4 wing who most recently was a starter for the Milwaukee Bucks. The Texas native and 11-year-veteran aims to help the Lakers return to the NBA Finals this coming season.

Matthews is expected to be signed for $3.6 million for the coming season under the Lakers’ bi-annual exception, according to The Athletic.

Matthews averaged 7.4 points, 2.5 rebounds and 1.4 assists for the Bucks last season while starting 67 games. He also shot 36.4 percent from 3-point range. Matthews was a mainstay of some of the best Milwaukee lineups last season, and the Bucks enjoyed a plus-12.2 net rating when Matthews was on the floor last season. He could particularly work well as a corner threat, where he shot 42 percent last season – making him an ideal fit with LeBron James.

He was also a stabilizing force for a Bucks locker room that had some profound challenges last season, including starting a work stoppage in the middle of the NBA restart.

Matthews’ career has taken a circuitous route through Utah, Portland, Dallas, New York, Indiana and Milwaukee. The once undrafted prospect out of Marquette has never won an NBA championship.

The Lakers will likely lean on Matthews to help replace the production of Danny Green (8 ppg, 36.7 percent from 3-point range), who was traded to Oklahoma City earlier this week for Dennis Schröder. Getting Matthews at a low price point is also a big plus for a Lakers team that has a lot of financial squeezing to do this season.

Inside the COVID-19 vaccine airlift: How cargo carriers plan to distribute the world's soon-to-be most valuable drugs to market

The move indicates that the Lakers won’t spend above the salary “apron” of $138.9 million this year: Under the Collective Bargaining Agreement, the use of the bi-annual exception kicks in a “hard cap.” But the Lakers also expect to use a full mid-level exception, worth up to $9.3 million, for another player on the market.

The NBA Draft is fraught with more unknowns than usual

Is This the Next Big CBD Brand?

Coronavirus: These are the 13 states that still don’t require face masks

Inside SNKRS: How a group of Nike employees went ‘unconventional’ to build a chart-topping app that would transform sneaker culture