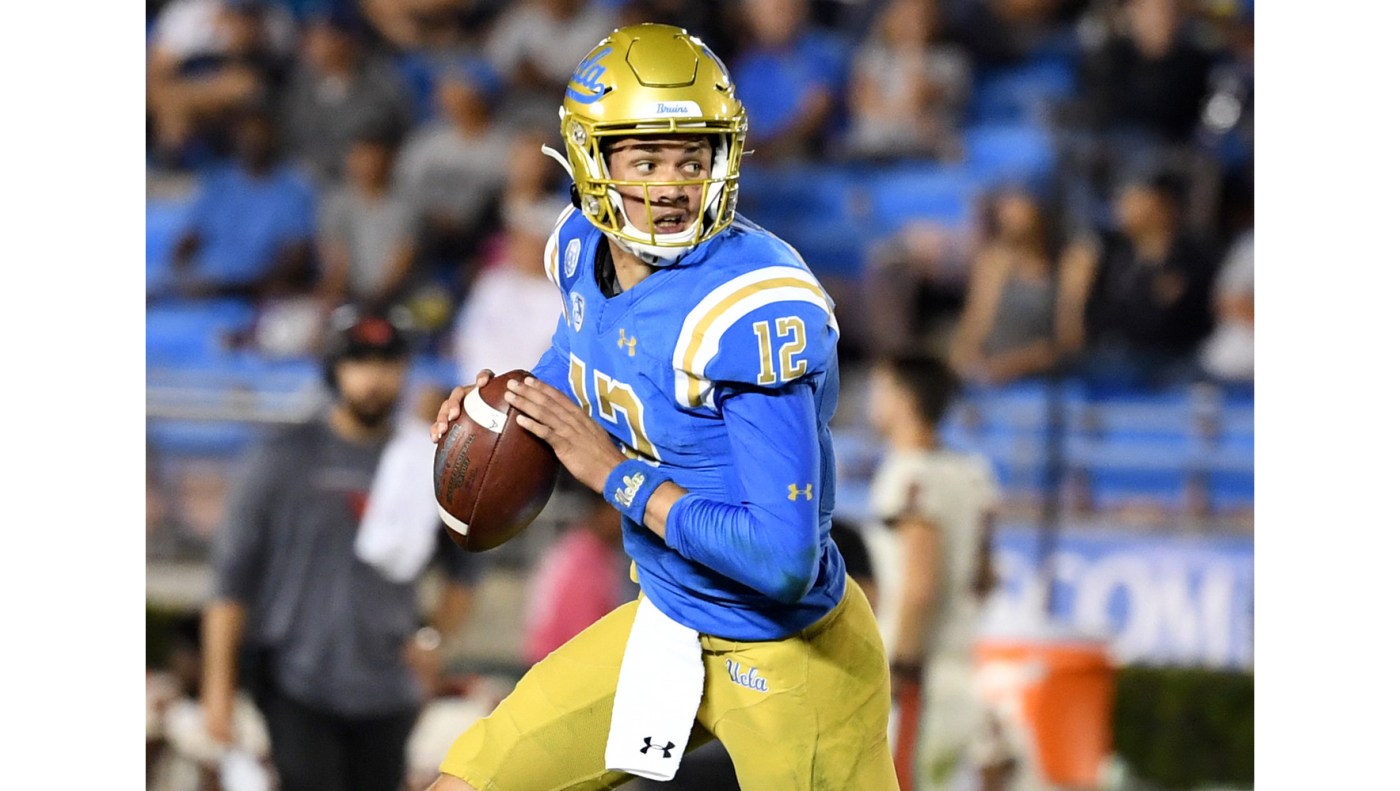 After UCLA boarded a trip for Eugene on Friday, third-year starting quarterback Dorian Thompson-Robinson tweeted that he was coronavirus free, but it appears Thompson-Robinson did not make the trip to face No. 11-ranked Oregon on Saturday at 12:30 p.m. on ESPN2.

“I will not have the opportunity to play vs. Oregon today for reasons out of my control,” Thompson-Robinson wrote. “Frustrated I can’t help the team but they will still be great regardless! #GoBruins.”

I will not have the opportunity to play vs. Oregon today for reasons out of my control. Frustrated I can’t help the team but they will still be great regardless! #GoBruins

According to multiple published reports, the Bruins could be without as many as 10 players as a result of coronavirus protocols.

The Bruins announced Friday that at least two players, and some staff had tested positive for the coronavirus, and per Pac-12 contact tracing protocols, anyone in close contact of someone who tests positive is placed on a mandatory 14-day quarantine, which appears the case for Thompson-Robinson, which puts his status for next week’s game at home against Arizona in jeopardy.

UCLA is expected to be w/o about 10 players including gifted QB Dorian Thompson-Robinson vs Oregon. Chase Griffin figures to be the starter. The 5-10 Griffin was the Gatorade HS player of the year in Texas in 2018 but has yet to throw a pass in a college game. #BigNoonKickff

It appears that red-shirt freshman Chase Griffin made the trip and will likely start in Thompson-Robinson’s absence.

Griffin took a few snaps in the closing minutes of last week’s 34-10 victory over Cal, but he didn’t attempt a pass.

Griffin had a terrific high school career and was named the Gatorade Texas player of the year in 2018. He was a three-star recruit who threw for 4,051 yards and 51 touchdowns his senior year and threw for over 10,000 yards in his career.

14 books that help founders do everything better, recommended by 10 successful VCs

What the science says about coronavirus, cold weather, and steps you can take to stay safe

How the governors of Iowa, Utah, and North Dakota pivoted and issued public health orders to contain recent coronavirus surges

USC football might have its best chance to win at Utah