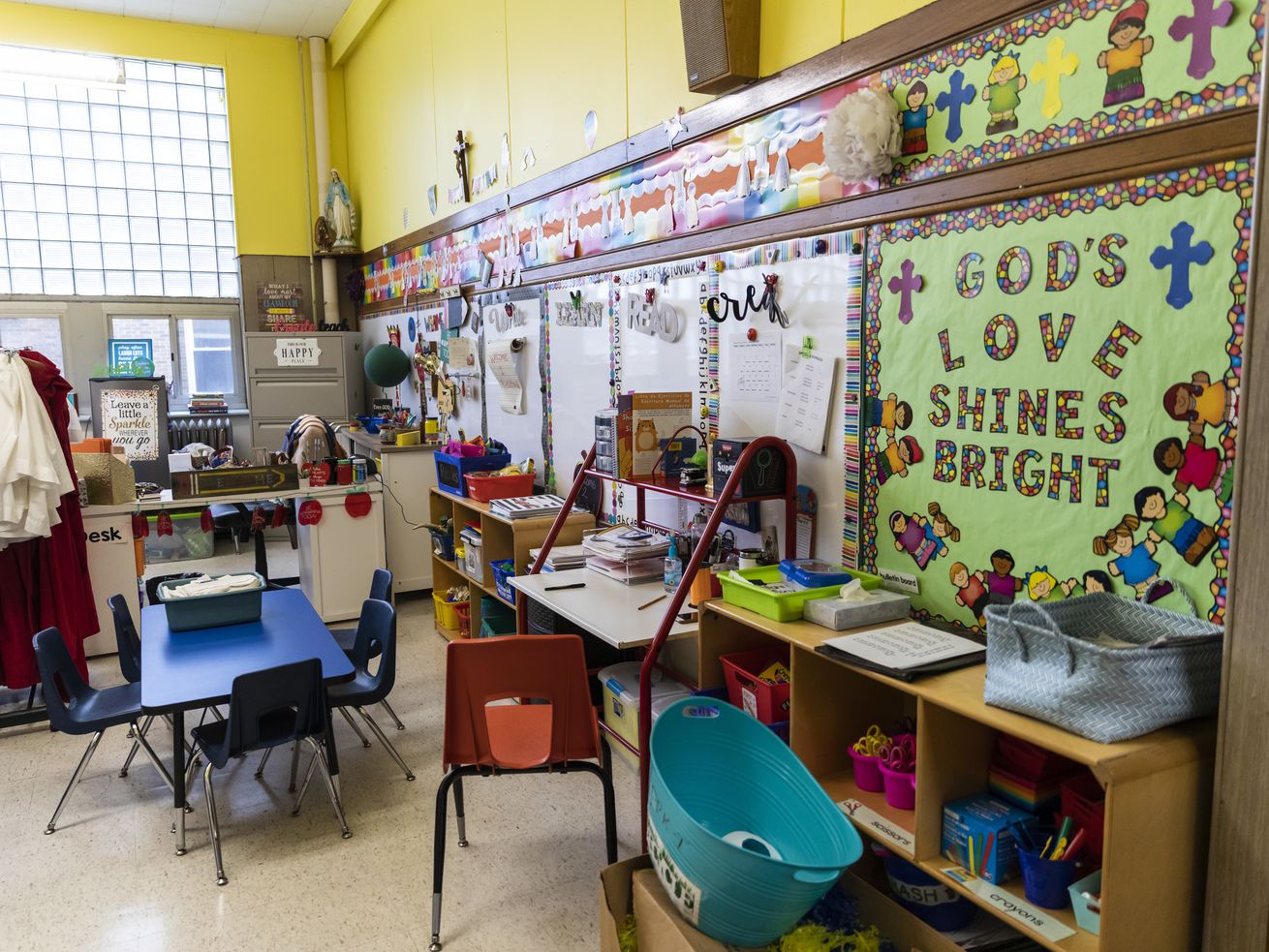 The decision comes after parents, principals and other school employees were surveyed last week “to gauge their comfort with in-person learning in December,” an archdioceses spokesman said.

With cases of COVID-19 spiking across Illinois, the Archdiocese of Chicago announced Sunday that Catholic schools can voluntarily transition to remote learning after the Thanksgiving break.

While the archdiocese outlined a plan last month to pivot elementary schools to remote learning for two weeks at the start of next year, spokesman Manuel Gonzales said the new considerations are being made “in light of the recent rise in the general infection rate and the warnings about travel during the holidays.”

Still, Gonzales said it’s “too soon to say which schools will be switching to remote learning.” Most of the 199 archdiocese schools in Cook and Lake counties have continued to offer in-person classes to their roughly 70,000 students.

The decision to give Catholic schools a remote learning option comes after parents, principals and other school employees were surveyed last week “to gauge their comfort with in-person learning in December,” Gonzales said.

Gonzales said the archdiocese remains “extremely confident” in its health and safety protocols, adding that less than 10 possible cases of “secondary spread” have been reported in schools. However, he noted the archdiocese doesn’t have a total count of school-related infections.

“We treat presumed positives as positives and report them to the public health authorities for follow up,” he added. “When we do have a self-reported case of an exposure or a positive test in a family, we activate our protocol and take appropriate quarantine measures.”

Remote learning has remained a contentious topic throughout the pandemic.

Last Tuesday — the same day Gov. J.B. Pritzker announced additional statewide restrictions to stem the spread of the surging virus — CPS officials announced plans to bring some students back to the classroom early next year. In a statement, Mayor Lori Lightfoot said the move was being made to better serve vulnerable students who have been left behind during the months of remote learning.

“The reality is that our Black and Latinx students, our youngest students and highest-need learners have not been equitably served,” Lightfoot said. “The decision to begin in-person learning this January will restore their access to high-quality instruction and is the result of balancing our commitment to equity with our current public health situation.”

The Chicago Teachers Union, which has been steadfast in its opposition to reopening schools, quickly lambasted the decision.

“Today’s announcement appears to be based on the mayor’s political agenda, because it sure isn’t based on science,” CTU President Jesse Sharkey said in a statement. “Just unilaterally picking an arbitrary date in the future …read more

US Rhodes Scholars chosen virtually for the 1st time

Udemy online courses are up to 90% off for Black Friday — here are the most popular ones on sale for $9.99 right now

New cardinals quarantine in pope’s hotel ahead of ceremony