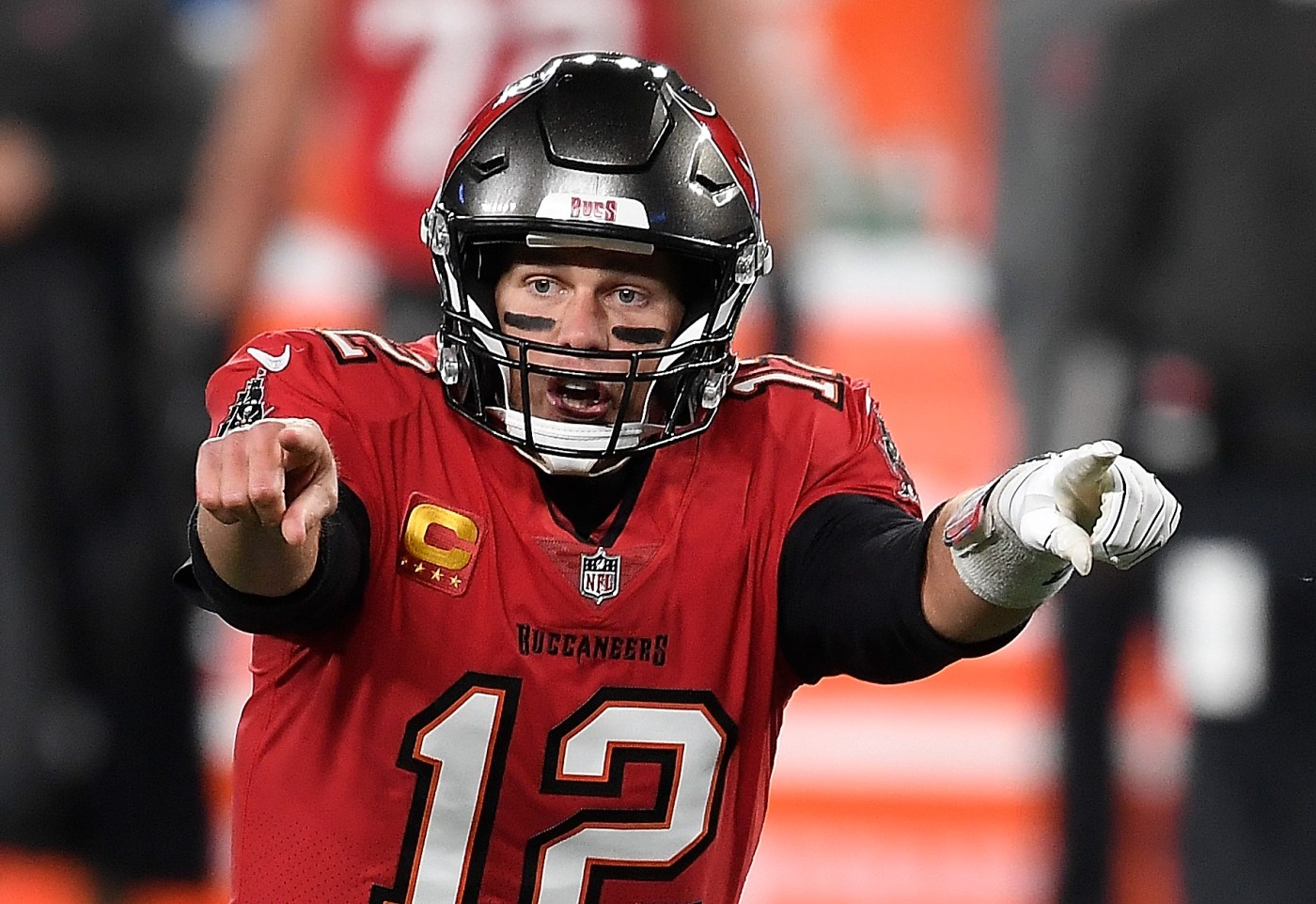 Michael Brockers was asked last week what it has been like to face Tom Brady.

Brockers groaned, then emitted a word that starts with S, as in Super Bowl, and has three more letters, which happens to be one for each game in which the Rams defensive end has stared across the line of scrimmage at the great quarterback.

Brady is unbeaten against the St. Louis and L.A. Rams in Brockers’ nine years. Brady 5-1 against the Rams overall, winning five in a row since a 2001 regular-season loss. The game that gets the goat of many current Rams is the Super Bowl after the 2018 season, in which the GOAT didn’t play that well and he and the New England Patriots still won.

Brady, 43, is a Tampa Bay Buccaneer now, but the challenge for the Rams (6-3) doesn’t look any easier as they face the Bucs (7-3) at Raymond James Stadium on Monday night.

Tampa Bay receivers Antonio Brown, Mike Evans and Chris Godwin and tight end Rob Gronkowski have all played in the Pro Bowl. Former USC running back Ronald Jones is a top-10 rusher. And Brady is Brady.

“He’s the greatest. Probably will go down as the greatest of all time,” said Rams cornerback Jalen Ramsey, who must try to shut down at least one of Brady’s targets. “I think I can leave it at that.”

A sommelier compared 11 wines from Costco, Target, Trader Joe's, and BJ's — and the winner was clear

In his five-game win streak against the Rams, Brady has thrown eight touchdown passes and one interception (by Cory Littleton in the Super Bowl). His one sack in the past three meetings also came in the Super Bowl (by John Franklin-Myers).

“He’s not going to let you really get a clean hit on him,” said defensive tackle Aaron Donald, who said the Rams must still try to “make him uncomfortable” and get their hands up when Brady is throwing.

Brockers said frustrating Brady must start with slowing down Jones and fellow running back Leonard Fournette and forcing the Bucs to pass.

“We feel like if we can get up on this team, make them start throwing the ball around, get after the quarterback a little bit, we feel like we have a good chance,” Brockers said.

Brady has been sacked three times in each of three games this season, and the Bucs are 0-3 in those games.

Brady’s presence can distract from the fact that Tampa Bay’s defense actually is its defense. This is a meeting of the teams allowing the fewest and third-fewest yards per play in the NFL, the Rams (4.8) and the Bucs (4.9). The Bucs are especially hard to run against, and they’re fourth in the league in sacks (3.2 a game), led by …read more

Cyber Monday 2020: The best early deals from Amazon, Best Buy, Target, and Walmart, plus everything you need to know for November 30

Young voters in the US turned out in record numbers in 2020, powering Biden’s presidential victory

A mutated COVID-19 strain that spread on Danish mink farms is ‘most likely’ extinct, authorities say, as Ireland starts its own mink cull

Rams vs. Tampa Bay Buccaneers: Who has the edge?