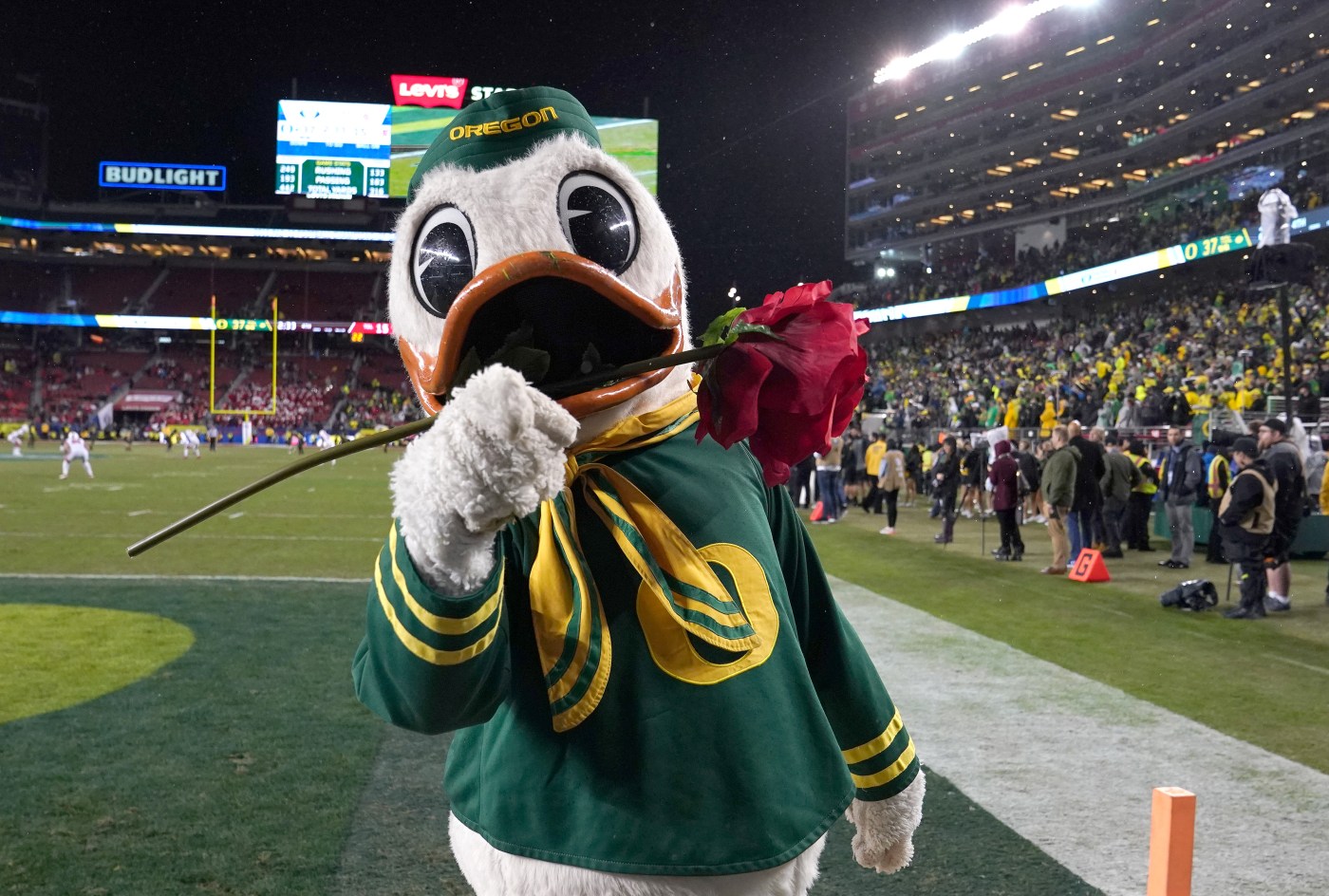 Reaction to Pac-12 developments on and off the field …

Three days from the release of the first CFP rankings, the Pac-12 needed dominant performances from its ranked teams, No. 11 Oregon and No. 20 USC.

It got far less than dominance from the Ducks, who struggled at home against an unranked opponent that committed four turnovers and was playing with a backup quarterback.

Nonetheless, UCLA pushed the Ducks to the brink by controlling the line of scrimmage.

The Bruins rushed for 267 yards, held the vaunted Oregon running game to 2.6 yards per carry and pressured Tyler Shough throughout.

Oregon, to its credit, converted the turnovers into 21 points — the difference in the game.

But it failed the eye test, especially on defense.

We’re deeply skeptical that any member of the selection committee watched the game and concluded, ‘That’s one of the four or five best teams in the country.’

Yes, the Ducks have several weeks to strengthen their resume, but the margin for error is ultra-slim because of the paucity of opportunities to play ranked opponents.

The Pac-12’s other contender looked a wee bit more like a contender.

Under normal circumstances, a 33-17 win in Salt Lake City would be well received by the selection committee, but the circumstances cannot be ignored:

Utah was taking the field for the first time after two cancellations and trotted out a new defense and new quarterback.

The rust and inexperience showed: The Utes committed five turnovers, looked disjointed in pass protection and didn’t dominate the lines of scrimmage.

The committee will surely take Utah’s situation into account, but we won’t be surprised if the Trojans are ranked higher than Oregon on Tuesday afternoon.

How high? The top-10 seems like a reach given the lack of data points and their unimpressive wins over the Arizona schools.

But anything close would give them — or Oregon — an outside shot at contention down the stretch.

And it’s all set up for the Trojans, too: They have Colorado and Washington State at home, then visit UCLA.

Play close to their potential, and they’re 6-0 entering the conference championship.

Here’s our advice for Oregon fans: Root for Washington.

Root for the Huskies to keeping winning — and to look good doing it — all the way to Dec. 12, when they visit Eugene.

The Ducks need UW to be ranked as high as possible at that point in order for a victory to materially improve their resume.

The Huskies played like a division contender, if not a division champion, in overpowering Arizona 44-27 (and it wasn’t nearly that close).

In fact, they looked better over three hours tonight than Oregon has at any point this season.

The sweet smell of fame and success: Doug McIntyre

Inside the Raiders: Five things we learned in the Raiders’ loss to the Chiefs

Girl, 11, shot while inside bedroom of home in Park Manor: police