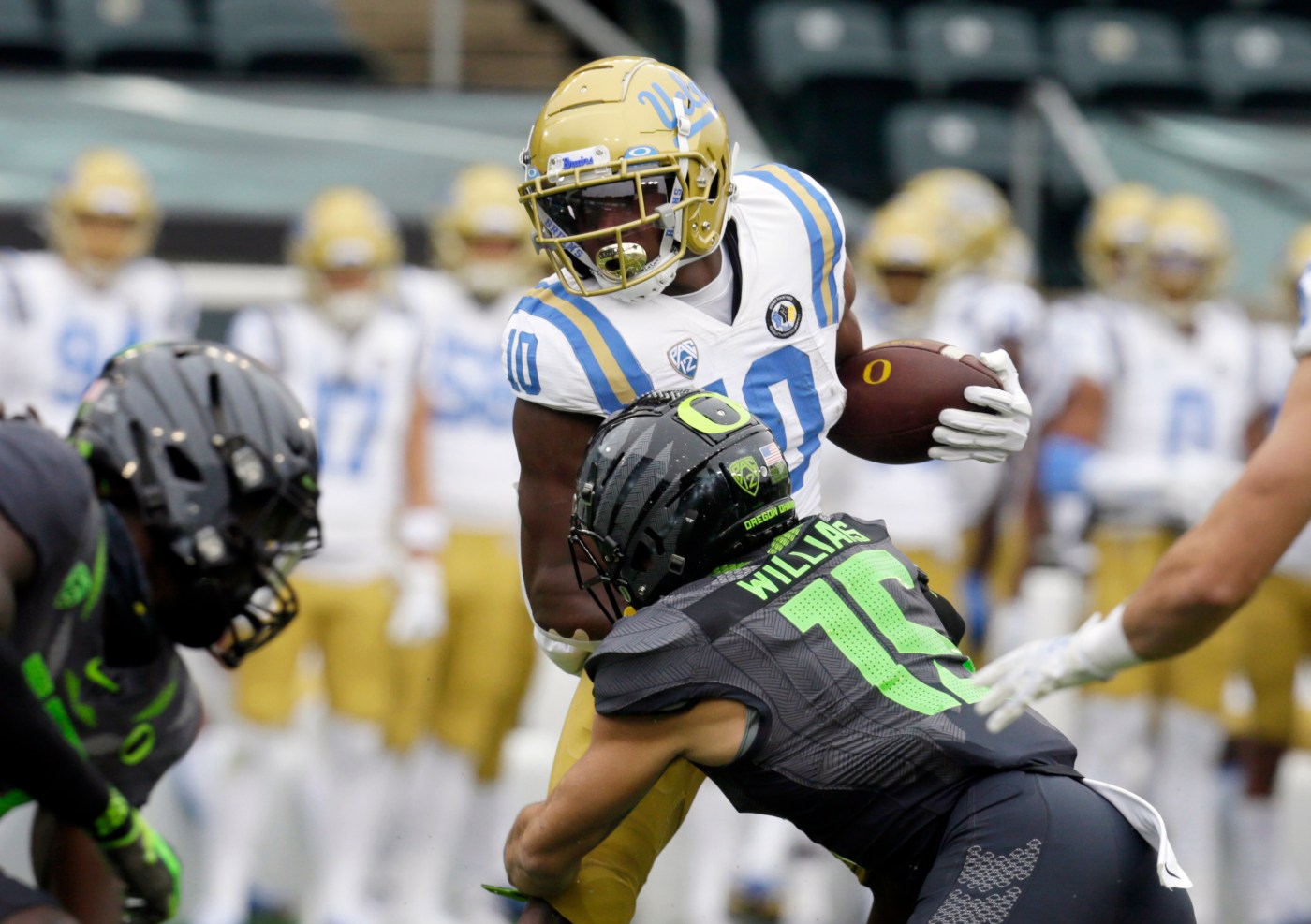 UCLA almost made an incredible comeback with a backup quarterback against No. 11 Oregon in Eugene on Saturday, but the Bruins’ feel-good opportunity came up short.

In a game reminiscent of its turnover-plagued season-opening loss to Colorado, UCLA committed four turnovers – all of which were cashed in for touchdowns – which were too much to overcome as Oregon held on for a 38-35 victory.

This was no time to make mistakes, but it’s a habit the UCLA football team can’t seem to break, and it cost them again.

The Bruins (1-1) are going to kick themselves because they did everything needed to have a chance of upsetting the Ducks (3-0) despite missing several players, including third-year starting quarterback Dorian Thompson-Robinson.

Demetric Felton scored his second touchdown on an 11-yard run with 3:43 left to cut the Ducks’ lead to three points, and the Bruins had a chance to get in field-goal range in the final minute in hopes of tying the score and sending the game to overtime. However, Bruins redshirt freshman quarterback Chase Griffin’s fourth-down pass on the Ducks’ 41 fell incomplete.

The loss was similar to the four-turnover, 48-42, loss to Colorado in the Bruins’ opener.

Felton had another standout performance, rushing 34 times for 167 yards and two touchdowns as the Bruins outgained the Ducks 267-88 on the ground .

According to several published reports, Thompson-Robinson, along with as many as 10 Bruins, likely missed Saturday’s game due to coronavirus restrictions, though Thompson-Robinson tweeted late Friday he was COVID-19 free.

UCLA officials announced Friday that at least two players and some staff had tested positive for COVID-19, and through contact tracing, anyone who was in close contact with those who tested positive must serve a mandatory 14-day quarantine.

Thompson-Robinson and others could also be in jeopardy of missing next week’s game against Arizona, but the way Griffin played in his absence, it appears the Bruins could be in good hands.

The 5-foot-11, 184-pound former Gatorade high school player of the year from Texas had the kind of first start in his college football career that may give UCLA coach Chip Kelly something to think about.

Griffin threw for 195 yards and a touchdown, but also had two interceptions and a fumble. His counterpart, Oregon quarterback Tyler Shough, had a big game, throwing for 334 yards and three touchdowns.

After the Bruins fell behind 14 points on two turnovers in the first quarter, they came back and should have taken a 21-17 lead into halftime, but gave up a disastrous interception for a touchdown to end the half.

Griffin was looking to hurl a Hail Mary pass toward the end zone on the final play of the second quarter, but was hit as he threw the ball. Oregon’s Jordan Happle grabbed the errant pass and returned it 56 yards for a touchdown …read more