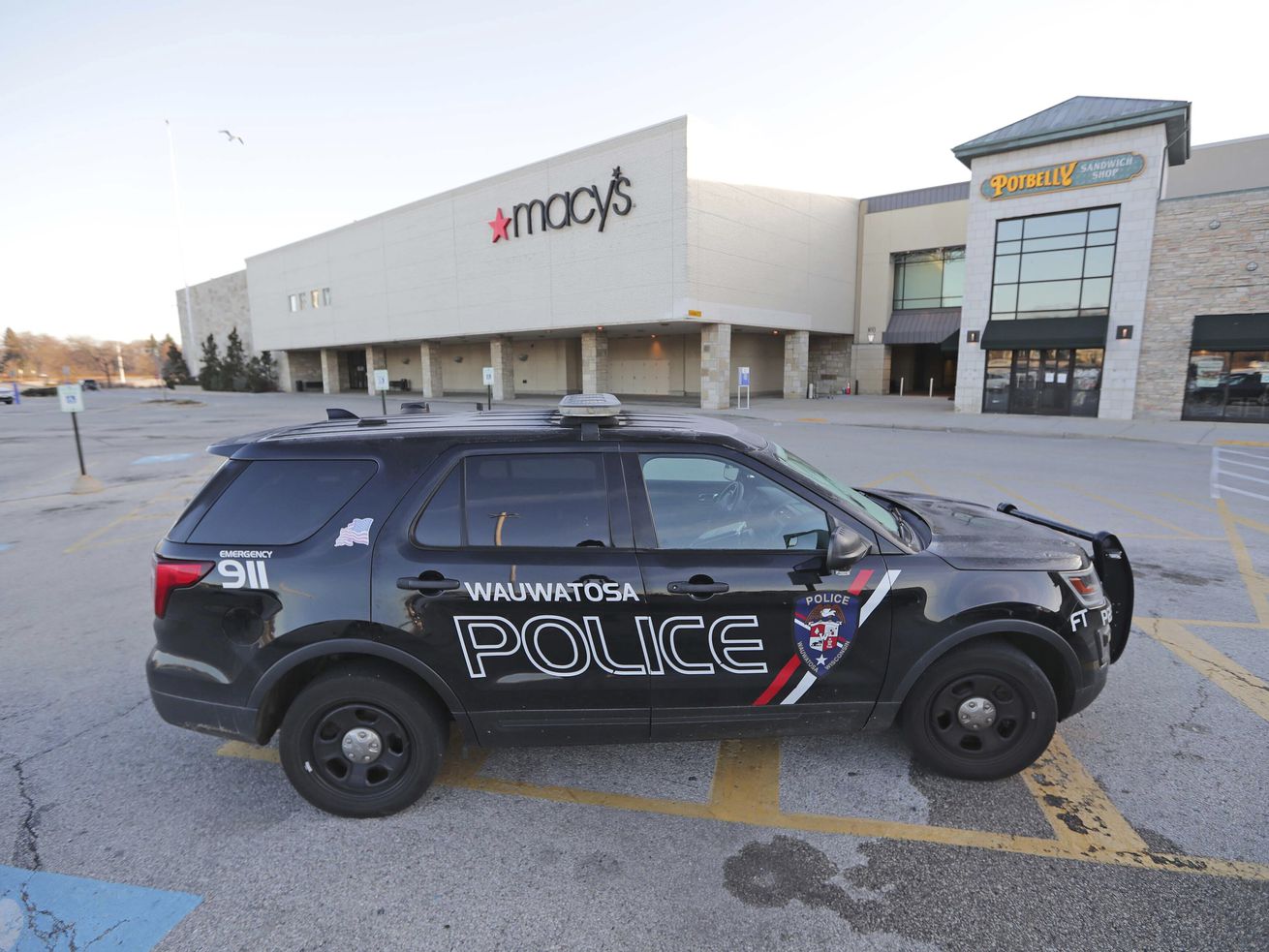 A Wauwatosa police vehicle sits outside Macy’s near the entrance to Mayfair Mall on Saturday, Nov. 21, 2020, in Wauwatosa, Wisconsin. | AP photo

The name of the suspect has not been released, and authorities didn’t announce charges Sunday.

WAUWATOSA, Wis. — A 15-year-old boy was arrested in connection to a shooting at a suburban Milwaukee mall that injured eight people, authorities said Sunday.

Wauwatosa Police Chief Barry Weber said the shooting happened during a dispute Friday afternoon between two groups. He said four “innocent bystanders” suffered what were believed to be non-life threatening injuries. Investigators said the suspect ran out of the mall alongside other other people.

“We do know there was some sort of altercation, and that’s when the bullets started flying,” Weber said during a press conference Sunday.

The name of the suspect has not been released, and authorities didn’t announce charges Sunday. Investigators say they have recovered a firearm.

The mall was closed Saturday, and investigators were on scene overnight. Shoppers were allowed back on Sunday, police said.

What’s next for UCLA football? Arizona at the Rose Bowl

Did Drudge Report and Fox News turn blue in 2020?

Check out these Cyber Monday deals — and some are available now