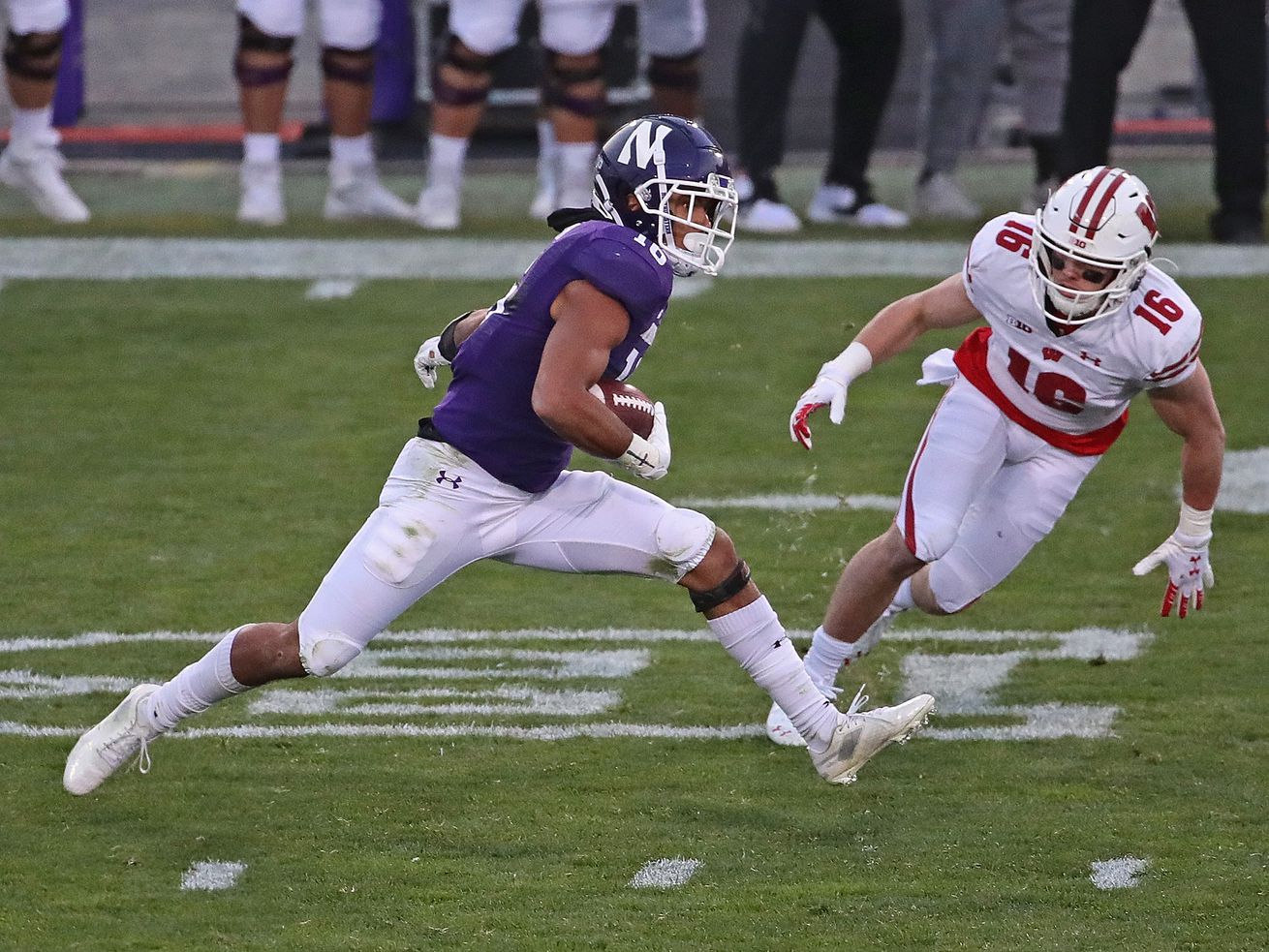 Brandon Joseph eats up some return yards after an interception. | Photo by Jonathan Daniel/Getty Images

The Wildcats’ success through five games isn’t quaint or adorable at all. Chances are, they’re only going to become a much bigger deal in the weeks ahead.

Stop the presses: Northwestern has climbed to No. 11 in the country, its loftiest ranking in 24 years.

Yes, the Wildcats — coming off a 17-7 win against Wisconsin at Ryan Field — are moving up in the world. Slide over, Ohio State. Heck, you, too, Notre Dame and Alabama. Team Purple is 5-0 for the first time since 1996.

How quaint. How adorable. Let’s all love on the Wildcats for five minutes before it ends, right?

That kind of respect has always been elusive for Northwestern. When the Wildcats are good, they’re painted as overachievers. When they’re not good — or when they’re outright bad, as they were in a 3-9 2019 season — they recede into the background, all but forgotten.

But these Wildcats? Their success through five games isn’t quaint or adorable at all. And, chances are, they’re only going to become a much bigger deal in the weeks ahead.

Here’s what’s left on the schedule: Saturday at Michigan State, which might be the worst team in the Big Ten. A week later at Minnesota, which is a shell of its 2019 self. And then a home date with ever-beatable Illinois. Guess who will be favored to win each of those games?

Enough of the 5-0 talk. Let the 8-0 buzz begin. That record would be more than enough to line up a matchup with Ohio State in the Dec. 19 league title game in Indianapolis.

And enough of the No. 11 talk, too. Let the top-four daydreaming start. Maybe it’s farfetched to think the Wildcats are capable of running the table — capped by a victory over the superheavyweight Buckeyes — but if they pull that off? It’ll be College Football Playoff time.

OK, so it’s not altogether easy for just anyone to buy into these potential outcomes. But the Wildcats have pretty high opinions of themselves, and they should.

“This wasn’t an upset tonight in our locker room,” coach Pat Fitzgerald told reporters on a video conference after the Wisconsin game. “We fully expected it.”

A core group of seniors has led a mighty bounce-back from a miserable 2019 season. The group includes Brown, linebackers Paddy Fisher and Blake Gallagher, and receivers Kyric McGowan and Ramaud Chiaokiao-Bowman. Graduate transfer Peyton Ramsey came along as the final, invaluable piece at quarterback.

“I just think our squad is a tough group of football players. They love the game, they love playing for each other, and I think it shows in the physical toughness and mental toughness that they demonstrate on the field. …read more