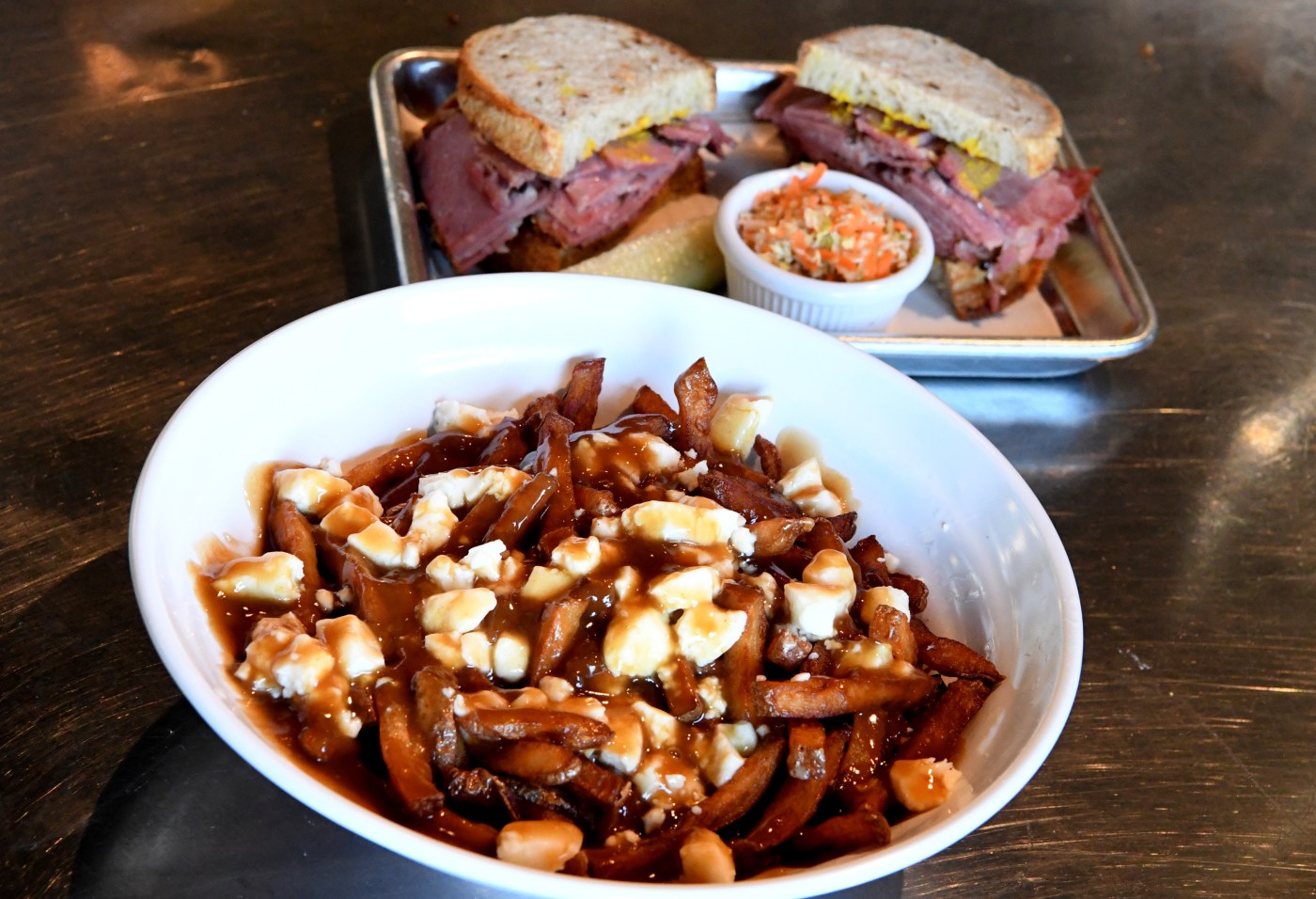 Augie’s Montreal Deli & Market, the nearly three-year-old Jewish delicatessen in Oakland, is moving into the former Brennan’s digs in Berkeley.

They are big restaurant shoes to fill but Augie’s owner Lex Gopnik-Lewinski is up to the task. Gopnik-Lewinski recently told Berkeleyside that he has a “soft spot” for the restaurant, which closed in 2018 after nearly 60 years of slinging carved meats and sides.

As it turns out, his family were frequent Brennan’s customers for the past 30 years. And Augie’s regulars may recall that Gopnik-Lewinski has paid homage to the old fashioned Irish-inspired restaurant for the past two years by serving meat plates on St. Patrick’s Day.

In an email sent to the East Bay Times, Gopnik-Lewinski said he is 98 percent sure that he will have the final approval to open Jan. 13 pending permit approval from the city of Berkeley. Augie’s moved out of its original space, at 875 Potter St., on Dec. 24 because the lease was up and Gopnik-Lewinski was searching for a better location.

“It’s the silliest little thing that’s holding us up and costing us a huge amount of money as we try to keep our employees paid to take care of their family’s, not to mention the permit fees,” he wrote.

When they do open, the Augie’s menu will feature its smoke meat brisket sandwiches and plates plus poutine and other specialties, like Babcha’s Matzoh Ball Soup and Rye Bread Latkes. Gopnik-Lewinski also told Berkeleyside there will be a Brennan’s plate, featuring brisket, boiled cabbage and potato. Respect. The new Augie’s is located at 700 University Avenue. Related Articles

Vanessa Kirby Reacts to Tom Cruise’s COVID-19 Rant: ‘Being Safe Is the Message’

For more food and drink coverage
follow us on Flipboard.
…read more

Trump to award Presidential Medal of Freedom to Bill Belichick

Kiz vs. Singer: Would you rather have Nikola Jokic or Kevin Durant to start a franchise?

Parler’s CEO fled his home and went into hiding after receiving death threats and security breaches, a court filing says

Can China Prevent the Next Animal-to-Human Pandemic?