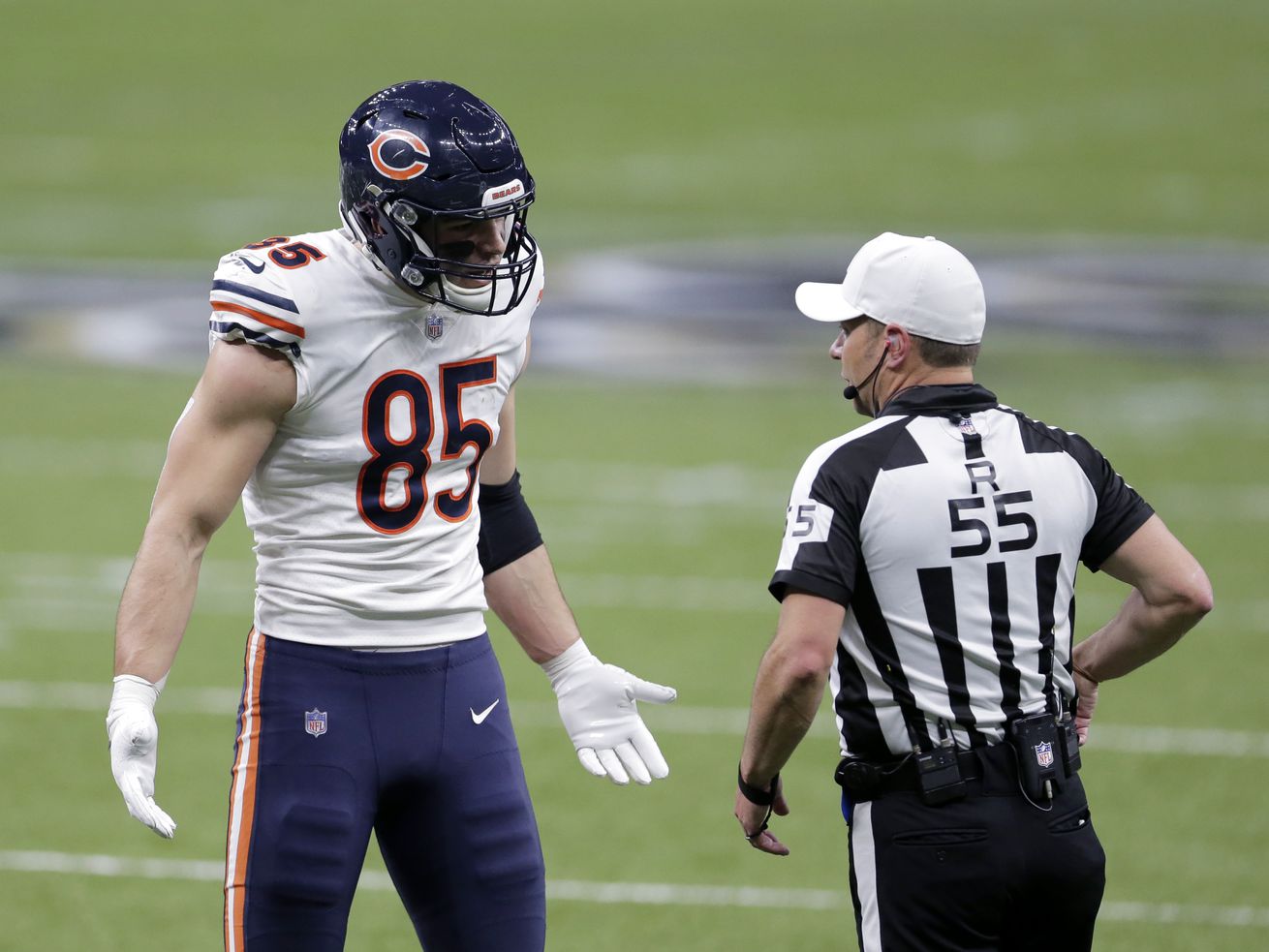 Kmet was stunned by getting flagged for unsportsmanlike conduct. | AP Photos

Fair or not, Kmet’s flag dropped the Bears out of reach of the end zone with a third-and-24.

Rookie tight end Cole Kmet, who already has a reputation for being one of the Bears’ headiest players, was flagged for a costly unsportsmanlike-conduct penalty that derailed the team’s bid for a touchdown early in the second quarter of its 21-9 loss to the Saints.

Down 7-0, Mitch Trubisky’s quick pass to him got the Bears to the Saints’ 9-yard line, but field judge Nathan Jones flagged him for throwing the ball at safety Malcolm Jenkins after the play. On replay, it was clear Kmet flipped the ball over Jenkins to Jones the way players typically do. He was incredulous at the penalty.

The penalty set the Bears back to a third-and-20 from the 24-yard line.

Kmet was not made available to the media after the game. He finished with three catches for 16 yards.

Trump to honor Bill Belichick with Presidential Medal of Freedom