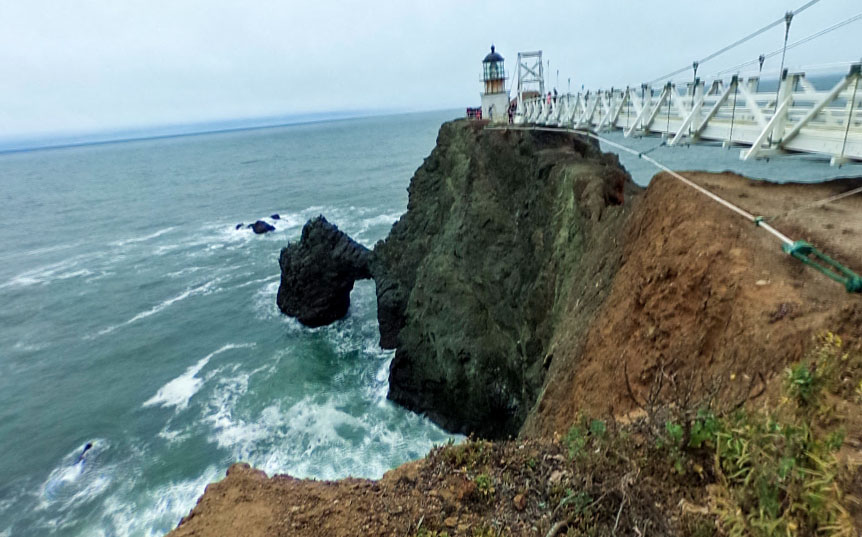 A San Jose man in his 30s was swept Sunday from the bluffs into the ocean in the Marin Headlands area off Point Bonita, Golden Gate National Park Service reported.

The search was suspended after nightfall but was expected to resume Monday morning.

The man, who has not been identified, was scrambling with some friends along the bluffs when the high surf caught him at about 2:30 p.m. Sunday.

The search involved rescuers from several agencies, two helicopters and a lifeboat. It was hampered by extreme ocean conditions.

About 45 minutes later and 40 miles to the south, two people were swept into the ocean while gathering mussels at Pescadero State Beach, in San Mateo County. The man was rescued, but the woman remained missing after nightfall.

Also Sunday afternoon, 20 people, including 12 children, were pulled from the ocean after a large wave overturned their boats during a sailing class near the Santa Cruz Harbor.

A high surf warning had been in effect along the coast. Monday and Tuesday, the National Weather Service is warning of water in low-lying areas because of king tides. Highest tide is around 9:15 a.m. Monday and 11:25 a.m. Tuesday.

Sunday’s accidents came the weekend after two drownings off the Northern California coast: A man died and two of his children went missing off Blind Beach in Sonoma County, and a 45-year-old San Bernardino County man drowned after falling from the rocks at Portuguese Beach in Mendocino County.

‘Outside the Wire’ Review: Anthony Mackie Is an Android Soldier in Netflix’s Silly Future ‘Training Day’