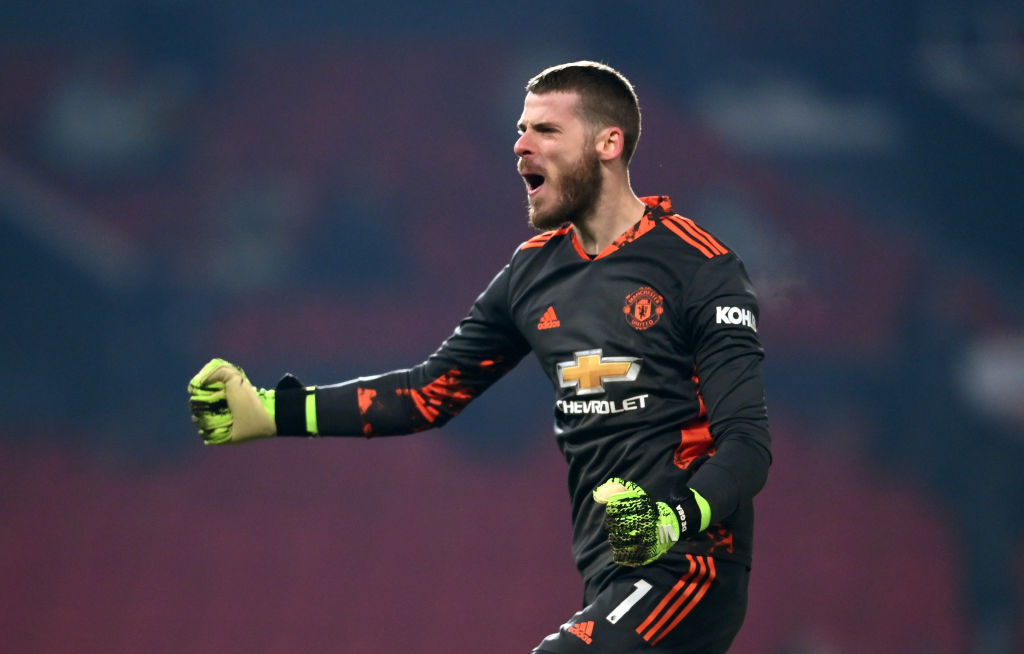 Manchester United star David De Gea has warned his team-mates they cannot afford to ‘miss their chance’ to win the Premier League this term.

The Red Devils can go top of the table by avoiding defeat against Burnley at Turf Moor tonight.

Ole Gunnar Solskjaer’s men then face champions Liverpool at Anfield on Sunday and the next two matches could define the club’s season.

De Gea has won one winners’ medal to his name but that came eight seasons ago as United finished champions in Sir Alex Ferguson’s final campaign at Old Trafford.

United have not been this close to the league leaders at this stage of the season since 2013 and De Gea has warned his team-mates they’ve waited too long to be in a title race again to waste their opportunity.

‘Yes I have been fighting for the title in a couple of seasons when Sir Alex was here. Now we are there again and it’s taken us a lot of time to get there to be honest and we cannot miss this chance,’ De Gea told MUTV.

‘We have to be very, very focused in every game and try to win all of them. Hopefully if we are good physically and mentally then we can be there and we can fight for sure for the Premier League.

‘It’s true there is a lot to play yet, but of course it’s a chance to be there, to be top of the league.

‘It’s a good challenge for us. We will play against a difficult team in Burnley, away from home, but if we want to win the league then we have to win these type of matches. I’m saying the same thing, but all we can do is focus on each match, take it game-by-game and be 100 per cent focused.’

United are set to welcome Luke Shaw and Victor Lindelof back into the fold after the pair missed Saturday’s 1-0 FA Cup win against Watford though injury.

Eric Bailly was forced off as a precaution before half-time against the Hornets and Solskjaer is likely to rest the Ivorian before Sunday’s trip to Anfield.

Pogba was another absentee against Watford and he was able to partially participate in a training session on Monday.

Lamar Jackson Reacts to Malcolm Butler Flipping Him the Bird

Mesut Ozil and Arsenal reach agreement to terminate his contract