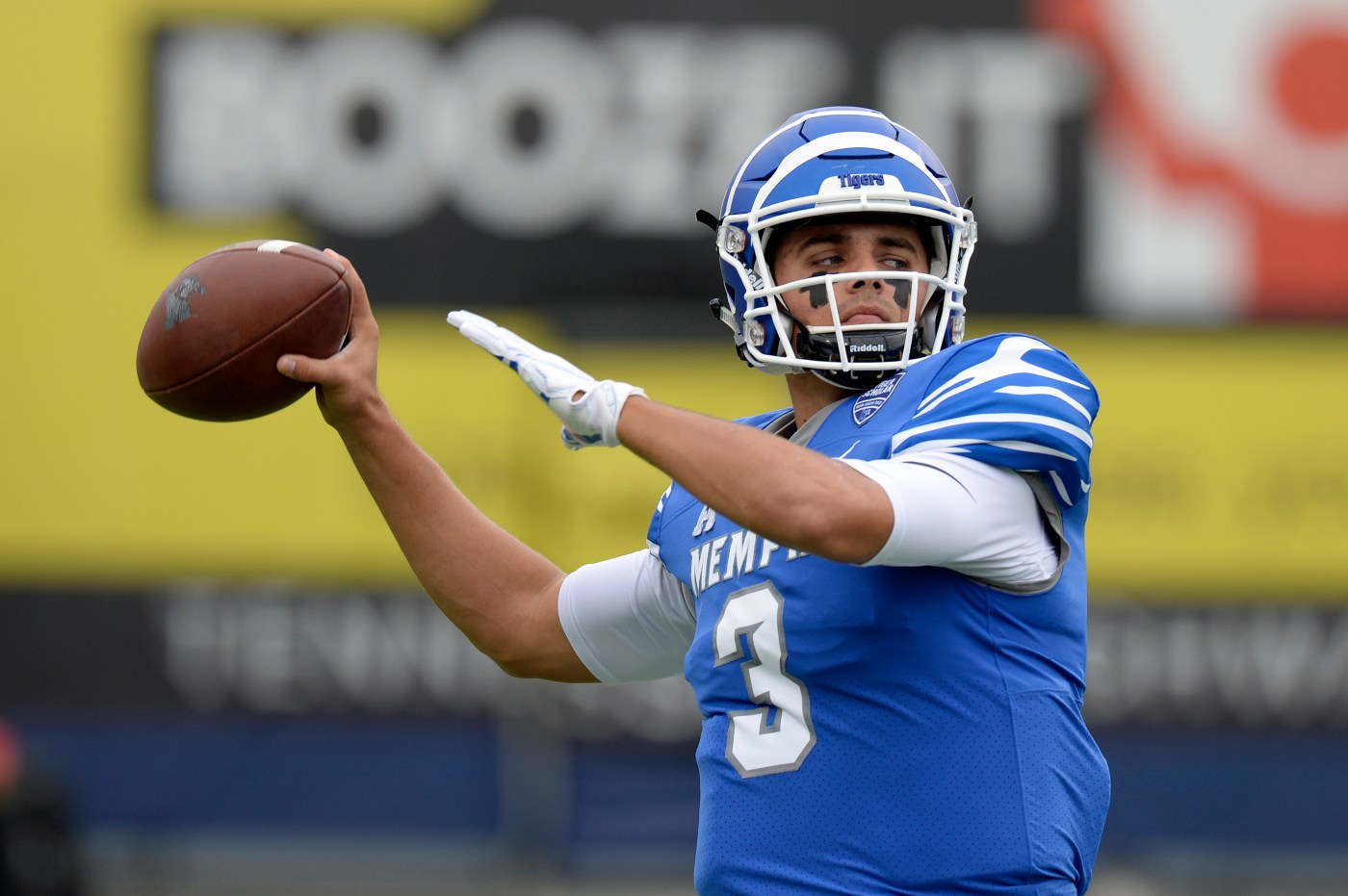 If we haven’t understood what Brady White has been showing us for six years, a seventh won’t matter.

White’s college career is done. You might expect him to take a year’s worth of deep breaths. Instead, the Hart High alum who attacked football and academics like a starved shark at Arizona State and Memphis will now try pro football, even though he could have become a seventh-year senior.

He can resume the pursuit of his doctorate at any point. Odds are it won’t get away.

White just won the Campbell Award from the National Football Foundation. Maybe they should call it the Wiseman Trophy. Last year’s winner was Chargers quarterback Justin Herbert, while at Oregon. Micah Kizer of the Rams won it while playing and studying at Virginia.

White earned his undergrad degree at ASU in three-and-a-half years, with a 3.58 grade-point average, which allowed him to grad-transfer his way to Memphis. In three years he threw 90 touchdown passes and led the Tigers to three bowls, including a New Year’s Six loss to Penn State, and their first real national footprint.

Then he earned his master’s in sports administration at Memphis and launched his work on a doctorate in liberal studies.

Obviously, he invented the 28-hour day in the process.

“I had a lot of support,” White said. “The academic support people were great at Memphis. Sometimes I’d finish up my film study at the football facility, and then I’d plug into the computers and handle my schoolwork. Then I’d go home and watch more tape on the iPad.

“But it’s a full-time job, man. I do want to point out that a lot of people underestimate what is asked of a student-athlete. You cannot have a regular person’s mindset. You’re getting up at 6 a.m. and you’re probably not done until 8:30 or 9 p.m. You’re practicing, lifting, getting treatment, and then you need to get sleep, which is extremely underrated. You are not normal.”

He hastens to add that he’s never been inclined toward “normal.”

“I don’t think we should complain,” White said. “What a gift, to get an education paid for, and play a game for a living. There’s tough days, but you have to realize this is an absolute honor.”

White’s college career has outlasted most NFL careers. ASU redshirted him in 2015, and White played three games in 2016 before he broke his foot. That removed the 2017 season, which he used to nail down his first degree.

Mike Norvell, the ASU assistant coach who had recruited him, got the Memphis job and White joined him (Norvell is now at Florida State). Then White turned down a chance to get the “free” year in 2021 that everyone else is promised, thanks to COVID-19.

Mike Herrington was White’s coach at Hart, where they won a CIF Southern Section title together in 2013. That 28-21 victory over Valencia was a testament to White’s bounce-ability. He threw four interceptions and lost two fumbles and still got the win, with a 53-yard touchdown pass to Wes Fitzpatrick in the …read more

Taco Bell will take on rivals in the fast-food chicken wars, as chains like McDonald’s and KFC debut new sandwiches