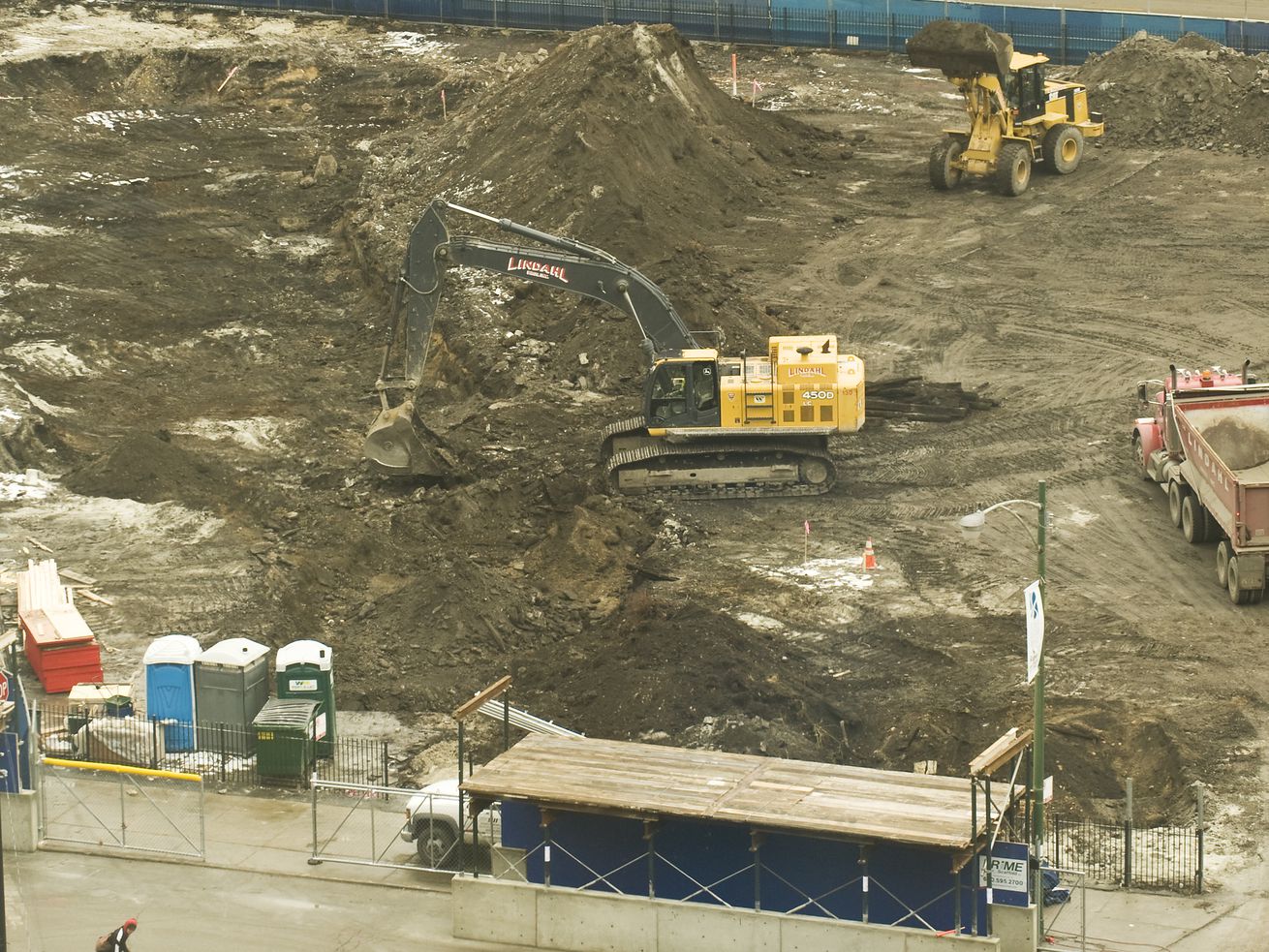 A report from labor-supported research groups said 20% of construction workers in Illinois, about 52,000 people, suffer from payroll fraud, or what the researchers termed “wage theft.” | Sun-Times file

Payroll fraud is pervasive in the construction industry in Illinois and the upper Midwest, costing taxpayers at a time of stressed state budgets, said a report from labor-supported research groups.

The report said 20% of construction workers in Illinois, about 52,000 people, suffer from payroll fraud, or what the researchers termed “wage theft.” Factoring in lost wages and benefits, the cost in state tax revenue was $186 million in 2018, researchers said.

The cost to taxpayers in the three states because of the illegal practices was $362 million in 2018, the report said.

The fraud occurs when workers are paid “off the books” in cash, often when they are misclassified as independent contractors. The researchers said the workers are paid around a third less than employees who are compensated under the law.

The report’s conclusions were based on comparisons of household survey data from the U.S. Census Bureau with payroll records submitted to state unemployment insurance programs. The organizations authoring the report are funded by unions in the construction trades.

Manzo said payroll fraud can occur on any construction job, large or small, but appears to be most concentrated in residential work.

Wages paid in public works projects are protected under Illinois’ Prevailing Wage Act. It requires contractors and subcontractors to pay wages comparable to the prevailing rates in the area where the job is taking place.

But Manzo said the act needs stepped-up enforcement and the state should conduct more unemployment insurance audits. He said municipalities could require compliance with wage and hour laws as a condition for granting zoning approval and building permits for construction work.

Such measures could be part of labor’s legislative agenda in the next session of the General Assembly.

There was no immediate comment from representatives of construction industry groups.

The current system, Manzo said, “all but incentivizes contractors to flout the law in order to win project bids.”

Minnesota enacted a law in 2019 that provides for fines up to $100,000 and up to 20 years in prison for an employer who engages in payroll fraud. Manzo said Illinois can increase penalties as well “but enforcement is always the question.”

He noted that construction is deemed an essential industry. Taxpayers would benefit from increased enforcement regardless of how long the pandemic endures, Manzo said.

In the three states examined, payroll fraud affected nearly 100,000 workers out of an industry total of nearly 538,000, the report said.

Fire in Venice homeless camp spreads to nearby building

Every leader should be asking themselves right now, ‘What does my company stand for?’

Halas Intrigue Episode 152: Do the Bears need to make changes?

How does HelloFresh Work? Here’s what you need to know about the meal kit delivery service