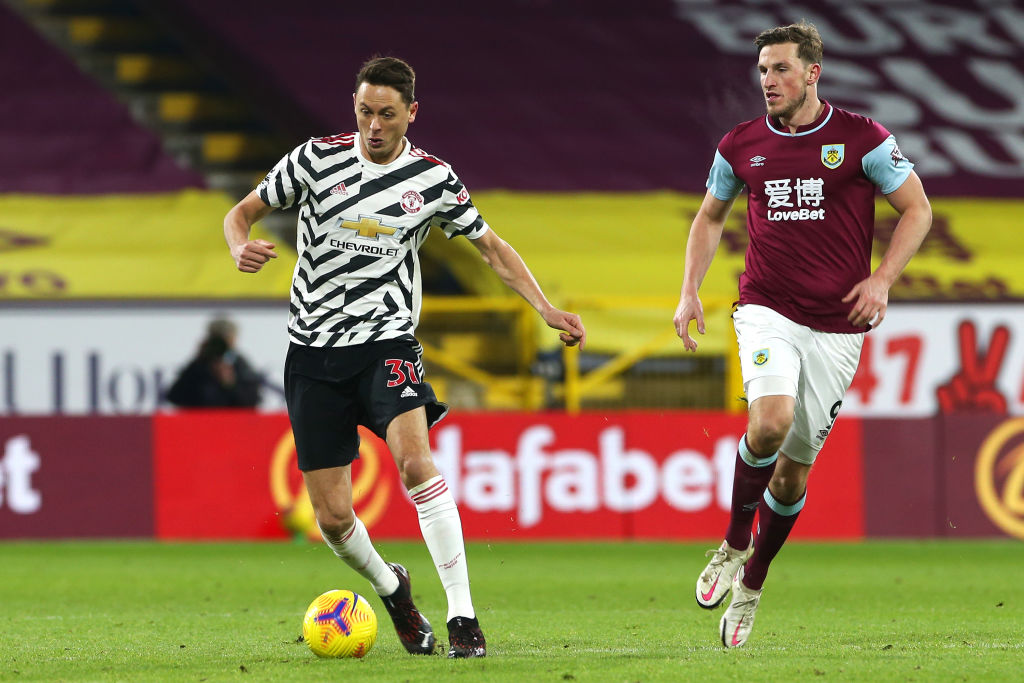 Nemanja Matic declared Manchester United were a genuine force in this season’s title race after the their 1-0 victory over Burnley and warned Liverpool that the side were ‘ready’ for the challenge that awaits them at Anfield this weekend.

United’s breakthrough came as Paul Pogba beat Nick Pope with a deflected volley in the 71st minute at Turf Moor and Ole Gunnar Solskjaer’s men held on to their narrow advantage go three points clear of second-placed Liverpool at the top of the table.

It’s the first time the Red Devils have clinched top spot in January since Sir Alex Ferguson’s departure back in 2013 and Gary Neville refused to rule out the possibility of his former team lifting the Premier League trophy shortly after the final whistle.

Pogba scored he only goal of the game at Turf Moor (Picture: Getty)

An upbeat Matic agreed that the club’s tremendous run of form means they should be taken seriously as a potential challenger, along with the likes of Liverpool and Manchester City.

‘I think that these sort of wins show that we are ready to compete for the title,’ the Serbian told Premier League Productions.

‘Sometimes we have looked like a team who wants to score as soon as possible, then we get panicked.

‘But I think today we showed more maturity, we showed we are more clever. And on this pitch, at this stadium against Burnley is always hard to win the games, not to concede a goal from long balls and set-pieces.

‘We prepared the game well and I think we deserved these three points.’

United sit three points above champions Liverpool at the top of the table (Picture: Getty)

On Pogba’s vital second-half goal, Matic said: ‘We have a lot of quality in our team and in these kind of games you have to use that.

‘You have to be patient, not to panic, because when you have that much quality over 90 minutes, one situation will decide and that was exactly what we did today.

‘Let’s see on Sunday against Liverpool. It’s the biggest derby in England and we go there to compete with them, to see where we are, one of the best teams in the league so I think that we are ready.’

Matic insisted United’s position as league leaders was no fluke but urged reminded his team-mates they cannot afford to ‘relax’ with such a large portion of the campaign remaining.

‘We’ve played 17 games and we’re top of the table so that shows something,’ the former Chelsea man added.

‘We didn’t play five or six games and are top where you can say it’s lucky.

‘After 17 games, it’s definitely not lucky and definitely there …read more

24 Salt Lake students get a proper place to do schoolwork