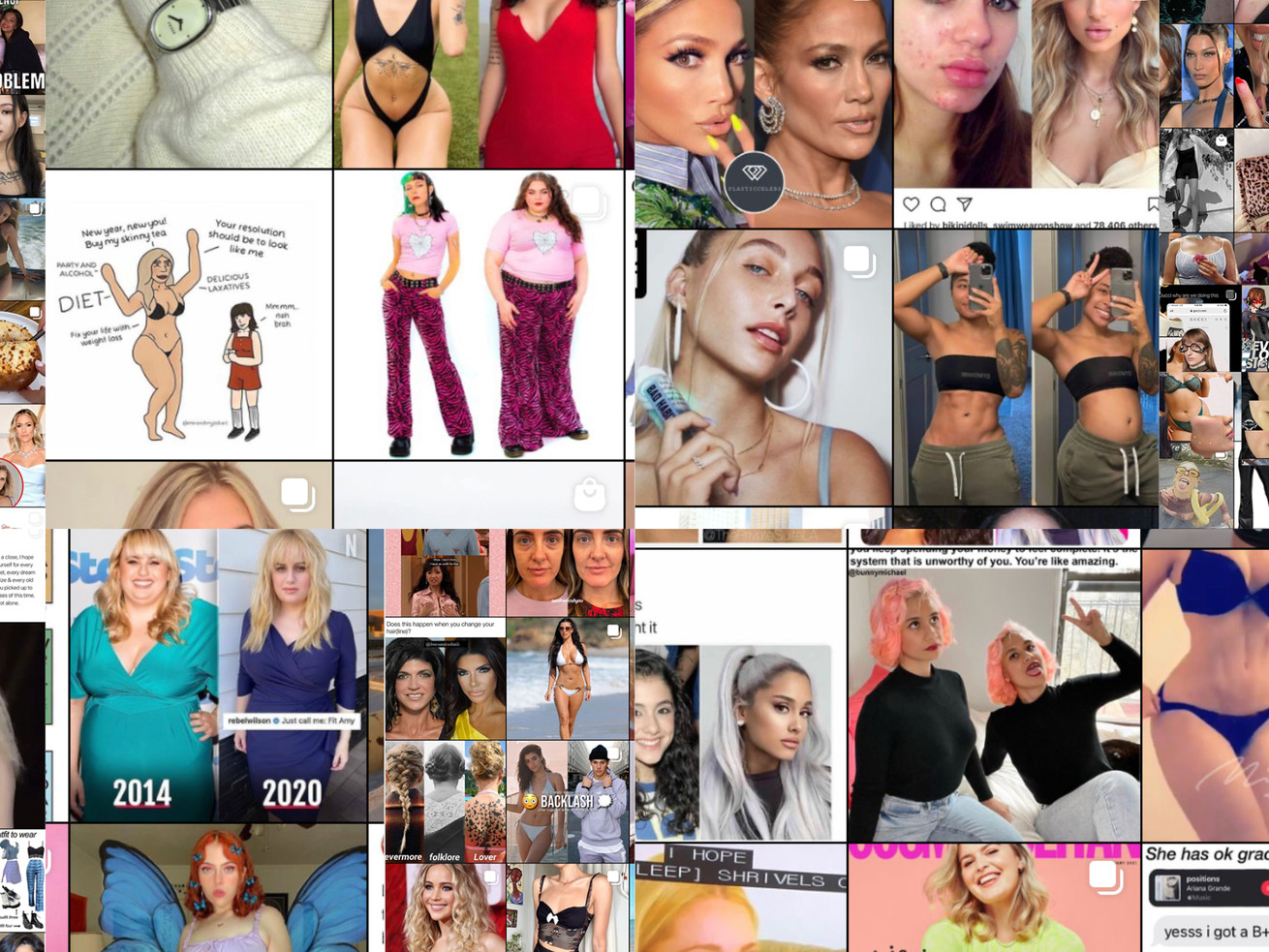 I asked some friends to take screenshots of their Instagram Explore pages to see if they looked like mine. They did! | Rebecca Jennings/Vox

Is this the beginning of a mainstream fat acceptance movement? Or will it be buried by the algorithms?

In the beginning of 2020, Morayo Ogunbayo was aware that the vast majority of women did not look like Kendall Jenner. As a 19-year-old college student, she knew that to meet American culture’s body standard was to either hit the genetic lottery or have enough money to fake it convincingly. She knew that this ideal was rooted in sexist and Eurocentric beliefs about femininity, that most women fell far short of achieving it, and that that was perfectly normal.

Then the pandemic hit, and she began spending a lot more of her time scrolling through TikTok.

“Every person was stunningly beautiful,” she says. “It seems like everyone had an hourglass figure, and I just felt really weird about not having one.”

Ogunbayo still knows, obviously, that most people are not models. She’s well aware that the gorgeous, thin women she sees on her TikTok For You home feed are the product of highly complex algorithms that evaluate billions of tiny screen taps, which ultimately reflect the average biases and tastes of society. On some level, most teenagers know this.

‘Vastly technically disconnected’: A market strategist breaks down the 3 indicators that show Tesla is overpriced — and says it’s due for a 17% correction in the next 6 weeks

On her Instagram Explore page, Ogunbayo says she sees mostly girls discussing their “fitness journeys,” women smiling and posing next to text about “body positivity” while they dispense weight loss advice, thin influencers contorting themselves to emphasize their stomach fat in an attempt to make their enviable bodies seem more relatable. On TikTok, she sees other college students, who also happen to be very attractive, in expensive cars and houses. “Even something that’s as innocent as Pinterest,” she says of the website mostly known for DIY ideas and hair tutorials, “my entire feed is, like, Bella Hadid. I mean, I’m 19, I’m in a pretty good place with my body image, but it’s still not great to see all the time.”

But there is another effect of our near-constant exposure to an endless carousel of beautiful faces and perfect bodies, wrought by the extraordinary cultural power of increasingly shrewd algorithms. Like the failures of a political system that allowed hundreds of thousands of Americans to die of the coronavirus and the racial justice movements that exploded in what became one of the US’s biggest protest movements in history, a reckoning is coming to what is widely, if improperly, dubbed the “body positivity” internet. Thin people, it seems, are finally beginning to hear what activists have been saying for decades: that our world is set up to be uniquely hostile to fat people at every possible turn, and that fat people are blamed for it.

Ted Cruz suffers Capitol riot backlash, with a top aide resigning and calls for him to be added to the FBI no-fly list

President Trump travels to Texas to tour his border wall

Stocks rise and bond yields march higher, as investors focus on economic recovery, instead of Trump turmoil and COVID crisis

Missing girl, 14, last seen in Back of the Yards

Amazon hits back at Parler’s antitrust lawsuit with extensive examples of its violent content, including death threats against Democrats, GOP, tech CEOs, and BLM (AMZN)