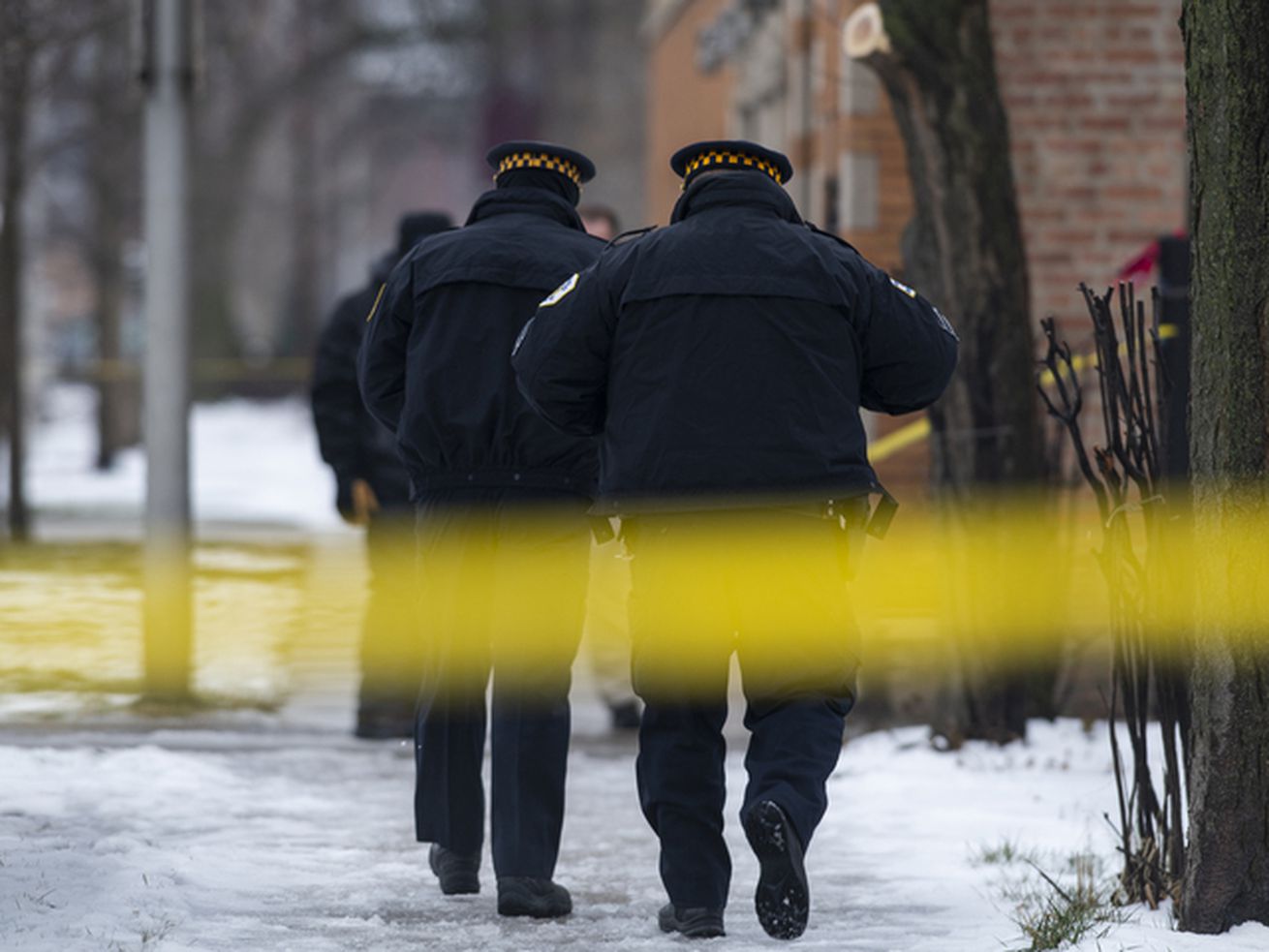 Four people were shot, one of them fatally, Wednesday in Chicago including a 25-year-old man who was killed in a shooting in West Pullman on the Far South Side, police said.

The man was on the sidewalk about 1:10 p.m. in the 11900 block of South State Street, when he heard shots and felt pain, Chicago police said. He was struck in the chest, back and face area. He was transported to the University of Chicago Medical Center, where he was pronounced dead. The Cook County medical examiner’s office hasn’t released details on his death.

In non-fatal shootings, two 14-year-old boys were shot in Humboldt Park on the Northwest Side. The boys were outside about 11:35 p.m. in the 1000 block of North Springfield Avenue, when a man dressed in all black approached and began firing shots before fleeing in an unknown direction, according to police. One boy suffered a gunshot wound to the right shoulder and the other was struck in the right thigh. Both boys were taken to Stroger Hospital where they were listed in good condition.

A woman was wounded in a shooting Wednesday in West Pullman on the Far South Side. The 19-year-old was in a vehicle about 2:44 p.m. in the 12300 block of South Union Avenue when someone opened fire, striking her in the back, police said. She was taken to Christ Medical Center in Oak Lawn in critical condition.

CTU continues plea to CPS for safe school reopenings: ‘This is about saving our lives’