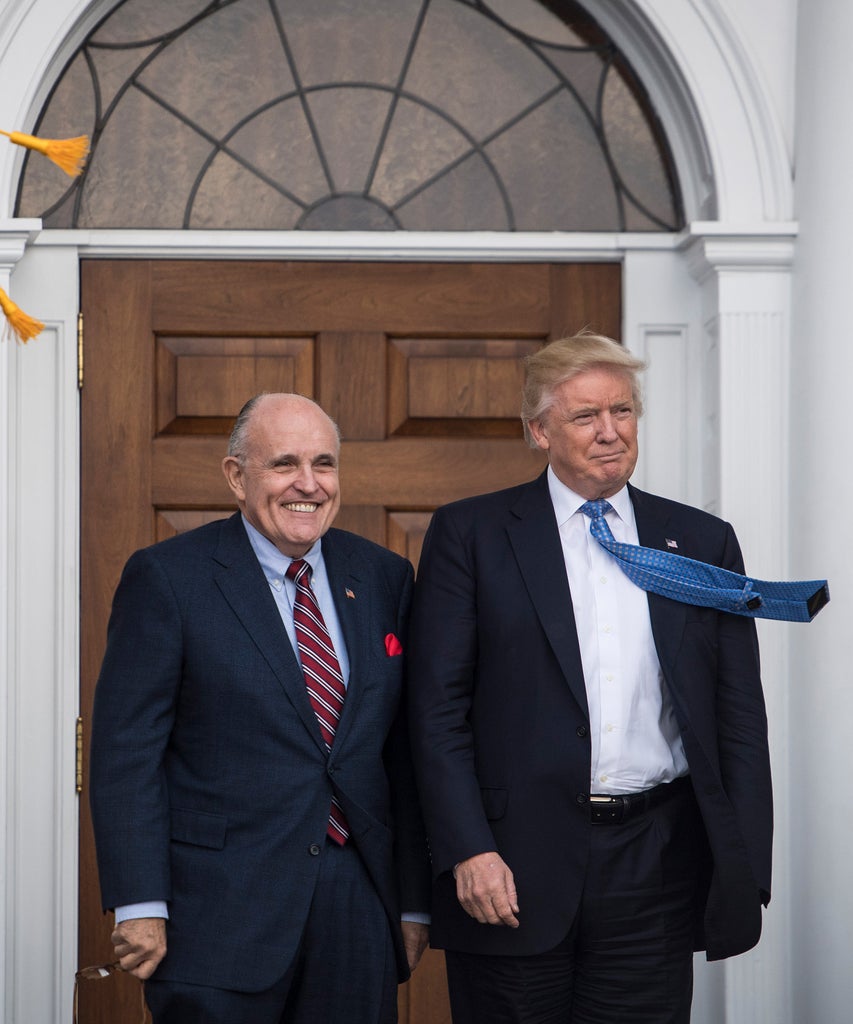 After making history as the first U.S. president to be impeached twice, it seems that Donald Trump is cutting ties with his most fervent ally: his personal lawyer Rudy Giuliani. The president is now refusing to pay Giuliani’s legal bills, even after he played a crucial role in Trump’s attempts to overturn the 2020 presidential election. From his strange post-election press conference outside the Four Seasons Total Landscaping in Pennsylvania, to inciting the violent storming of the U.S. Capitol, Giuliani has been Trump’s guy. Until right about now.

As the president feels increasingly abandoned by his inner circle, Trump reportedly told his aides not to pay Giuliani’s legal fees, the Washington Post reports. The president also demanded that he be the one to sign off on any reimbursement requests for Giuliani’s travel while the lawyer challenged election results across the country over the last two and a half months. According to the report, Trump is concerned by some of Giuliani’s recent stints, and is offended by his request for $20,000 a day in legal fees.

Giuliani spent the months since the election making a mockery of himself, only to be ghosted by Trump, as the rift between the two has grown so deep that Trump told White House officials not to put through any of Giuliani’s calls. Nevertheless, even as Trump refuses to pay Giuliani’s legal fees, he was reportedly still considering having the lawyer join his defense team in an impeachment trial.

All this comes after the lawyer became a meme of the president’s drawn-out campaign to basically steal the election from the millions of people who voted for President-elect Joe Biden. Giuliani took this battle to court in key states across the country, and brought with him some very questionable witnesses, like the woman who testified in Michigan that she saw poll workers run the same ballots through the machines “thousands of times.”

The lawyer held a series of bizarre press conferences, where he ranted about Mickey Mouse, and made a case for Trump’s presidency as his hair dye melted down his face during another. Giuliani also brought out his best Joe Pesci impression, while quoting a scene from My Cousin Vinny, all in an effort to keep Trump in the White House, allegedly.

Unfortunately, that wasn’t enough for the president, whose split with Giuliani is supposedly due to the growing support for his conviction in the Senate, and with very little public defense from members of his own administration. Instead, several officials have resigned from their positions since the January 6 attack, including Trump’s most loyal and longest-serving aide, …read more