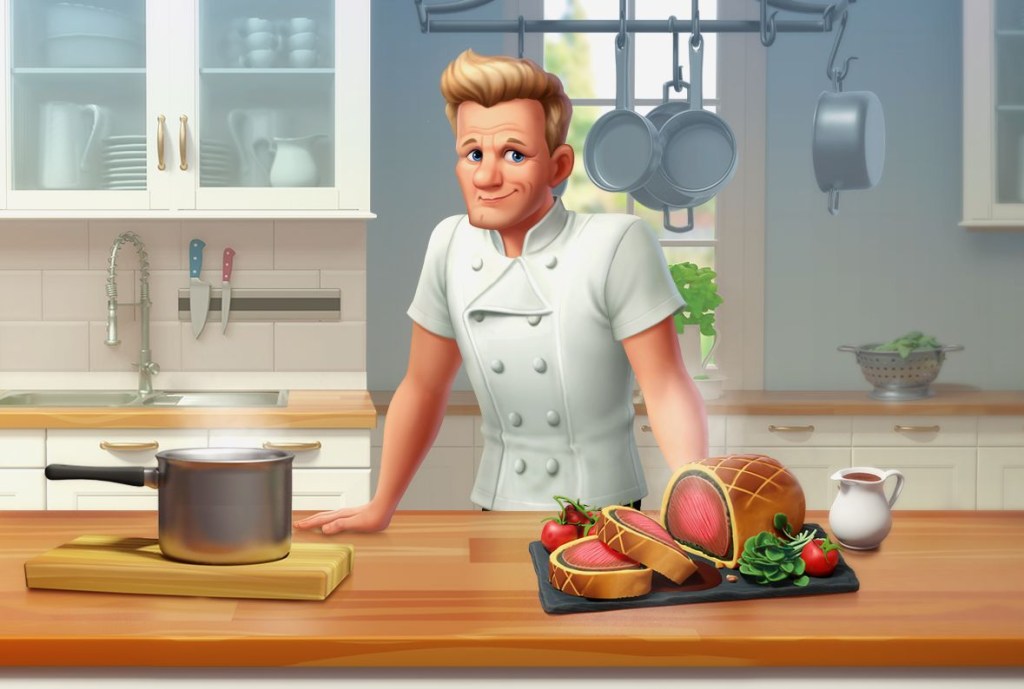 GameCentral talks to celebrity chef and world class profanity-thrower Gordon Ramsay about his new video game and cooking during lockdown.

Gordon Ramsay is not someone you’d normally associate with video games but given how active he is on social media it’s perhaps no surprise to find him becoming involved in gaming as well. After all, Ramsay has already enjoyed great success throwing out culinary advice and colourful put-downs on Twitter and TikTok – showing an understanding of modern media that is well ahead of the average celeb.

Which is why, in an attempt to promote new mobile game Gordon Ramsay: Chef Blast, we ended up with the chance to interview him via email. As you’d expect, it doesn’t seem he has much time for traditional video games, but he certainly understands all too well the dire problems that lockdown has brought to the hospitality industry and how difficult it’s made buying ingredients for home cooking.

As we discuss though, the one silver lining is that people now have more time on their hands for cooking and to that end Chef Blast includes a number of recipes to unlock, including some that Ramsay has designed specifically for the game.

Chef Blast is a neat little colour-matching game and while it’s full of all the typical pitfalls of mobile gaming, including microtransactions and watching ads for bonus items, they’re very easy to avoid, at least at first, and keep the whole game entirely free-to-play.

The idea is that you can match two or more coloured blocks to remove them from the play area, with the more you remove at once creating power-ups like bombs and rockets. Where things get more interesting is when actual food is added to the mix, each of which has different rules – so while onions can be removed simply by destroying adjacent blocks hamburgers have to be dropped off the bottom of the screen.

It takes a while to unlock a recipe, which requires earning stars from each of the 260 stages, but it’s an enjoyable alternative to already established favourites like Candy Crush Saga. Although we have to admit we were slightly disappointed that Ramsay’s voiceover never swore at us for our incompetence, but perhaps we just never played bad enough for that…

We don’t think he got the Master Chef joke (pic: FOX Broadcasting)

GC: You don’t strike me as someone that has much time for video games or is that wrong? Perhaps you’ve played with your kids?

GR: I’m always on my phone when I’m not in the kitchen or on set. But I don’t have the free time the kids do, so I always try to see what they’re playing when they’re ignoring me at home! I’ve seen how glued they are to their phones, trying to distract themselves from everything around them, so I figured since they won’t pay attention …read more

7 dos and don’ts of virtual interviews for Big Law summer associate programs, according to hiring decision-makers at Skadden and Latham & Watkins and a top industry recruiter

These Are The Best Finds From Urban Outfitters’ Home Sale (That Ends Tonight!)