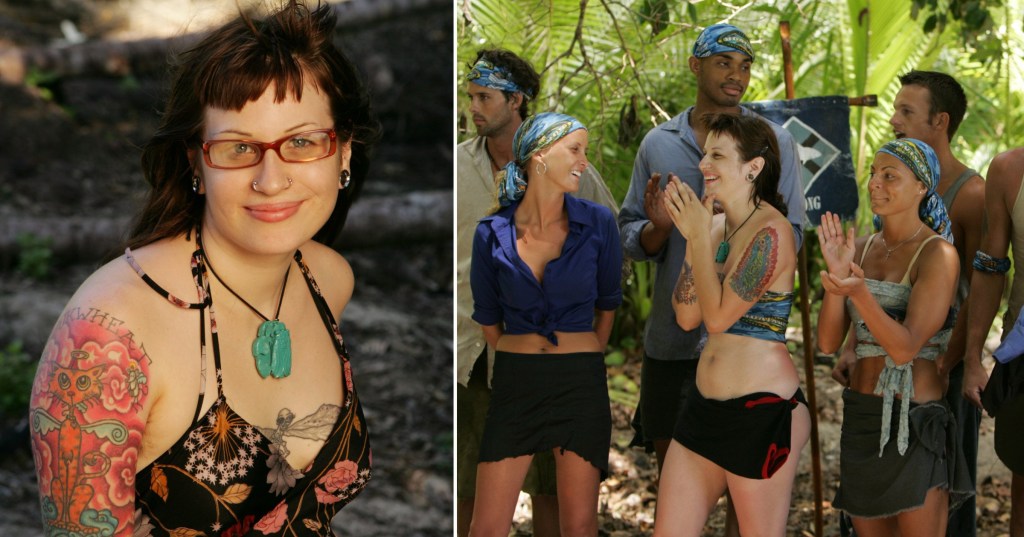 Survivor: Palau star Angie Jakusz has died aged 40 after a battle with cancer.

The former reality contestant, who appeared in the 10th season of the CBS show, was diagnosed with a rare form of colon cancer in November 2017.

Angie died on January 8, with People reporting that a graveside service was held for her in Louisiana on Wednesday.

She is survived by her husband on nine years, Steven Calandra, parents, brother, niece and nephew.

Angie appeared on Survivor: Palau in 2005 when she was 25-years-old. The show saw contestants stranded in a remote location with only the bare essentials with a $1million (£733,000) prize fund at stake.

At the time of her appearance on the series, Angie was working as a bartender.

She quickly garnered attention on the show because of her colourful tattoos and became a popular contestant with viewers, surviving several tribe councils before being voted off in 13th place.

‘People have to remember back in 2005 women weren’t cast on Survivor with dreads and tattoos,’ Survivor: Palau contestant Coby Archa told the publication.

‘She broke the casting barrier. Fans related to her story so much. And a lot of people wanted to see her play again for her strength.’

Angie was voted off in 13th place (Picture: CBS)

Angie is the second cast member from Survivor: Palau to die, following contestant Jenn Lyon’s death in 2010 after a battle with breast cancer.

Tributes have been flooding in since the news of Angie’s death, with Inside Survivor author Martin Holmes writing: ‘Inside Survivor would like to send our condolences and best wishes to the friends and family of Angie Jakusz, who sadly passed away last Friday.

‘Angie showed her amazing fighting spirit and character during her time on Survivor: Palau. RIP Angie.’

‘Angie passed away last Friday at the age of 40 from a rare form of cancer. One of the most underrated characters on Palau and she was an amazing person as well! Terrible to lose someone so young…’

DaBaby Labels His Lover A ‘Masterpiece’ On His Assertive New Single