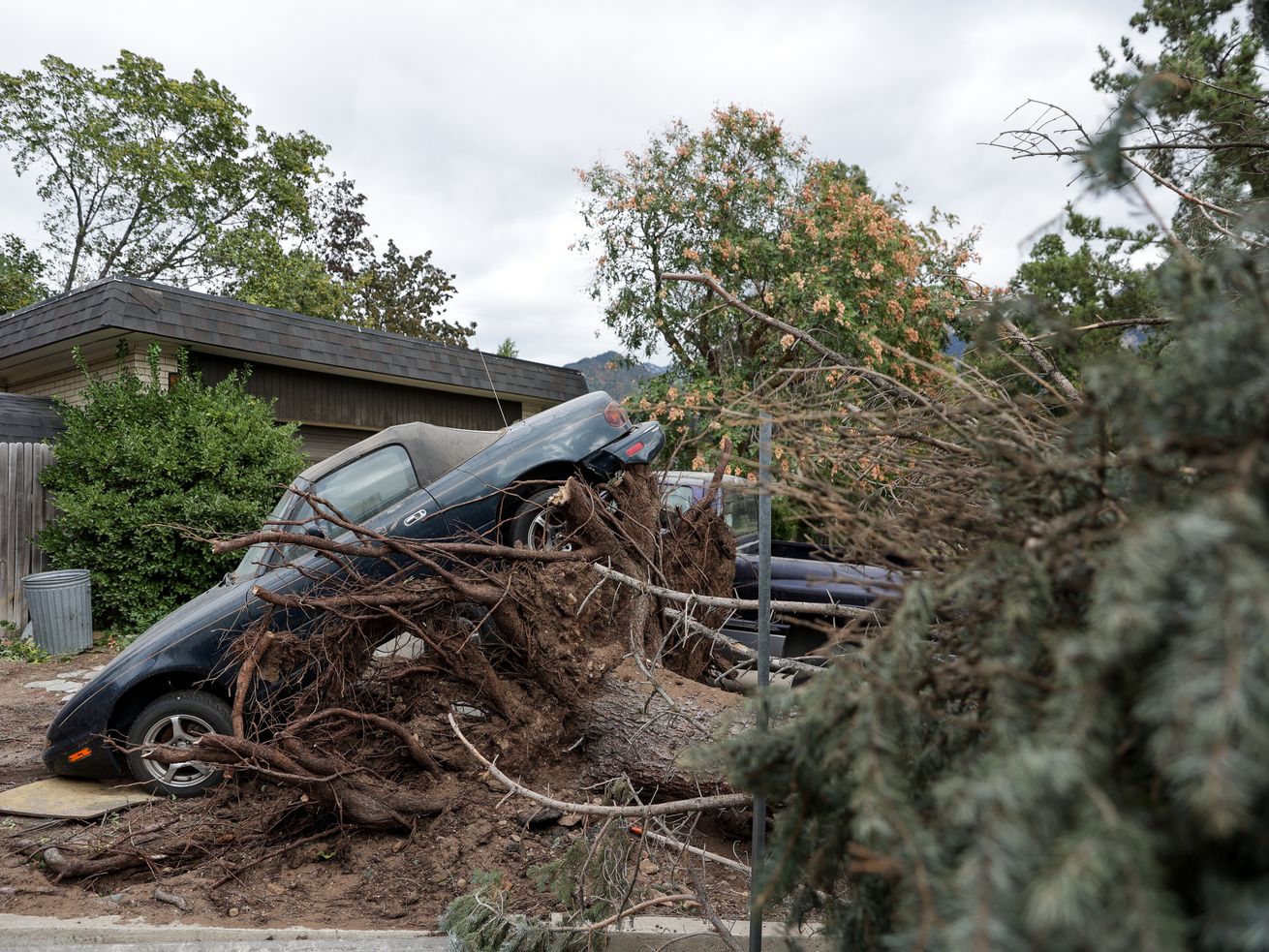 The roots of a tree felled by high winds lifted a car into the air in Millcreek on Tuesday, Sept. 8, 2020. On Wednesday, Jan. 13, the Federal Emergency Management Agency announced President Donald Trump signed a major disaster declaration on Jan. 12 for the damage done during the storm. | Spenser Heaps, Deseret News

On Wednesday, the Federal Emergency Management Agency announced the president signed a major disaster declaration on Jan. 12 for the damage done by a windstorm on Sept. 7 and 8, which impacted northern Utah. The declaration means FEMA funds will be available to entities in Salt Lake, Davis, Weber and Morgan counties.

The storm, which included gusts of up to 100 miles per hour, tipped over semitrucks, ripped trees from the ground, damaged buildings and knocked out power to the homes of 180,000 Utahns. Some people were without power for more than a week because the damage was so extensive.

“We appreciate the support of FEMA and the president in approving this latest disaster declaration for Utah,” said Kris Hamlet, Utah Division of Emergency Management director. “We’ve been very busy this past year responding to numerous emergencies and disasters, but now is the time to move forward with recovery and mitigation efforts. The resources provided under this declaration will help those areas impacted the most to be able to offset costs incurred to respond to the windstorm, and in some cases to implement mitigation efforts to minimize future impacts from such an event.”

The division will work closely with FEMA and the counties to administer the funds that are available under the newest declaration.

Armie Hammer Drops Out of ‘Shotgun Wedding’ After DM Controversy

Spain blizzard kills 4, brings much of country to a standstill