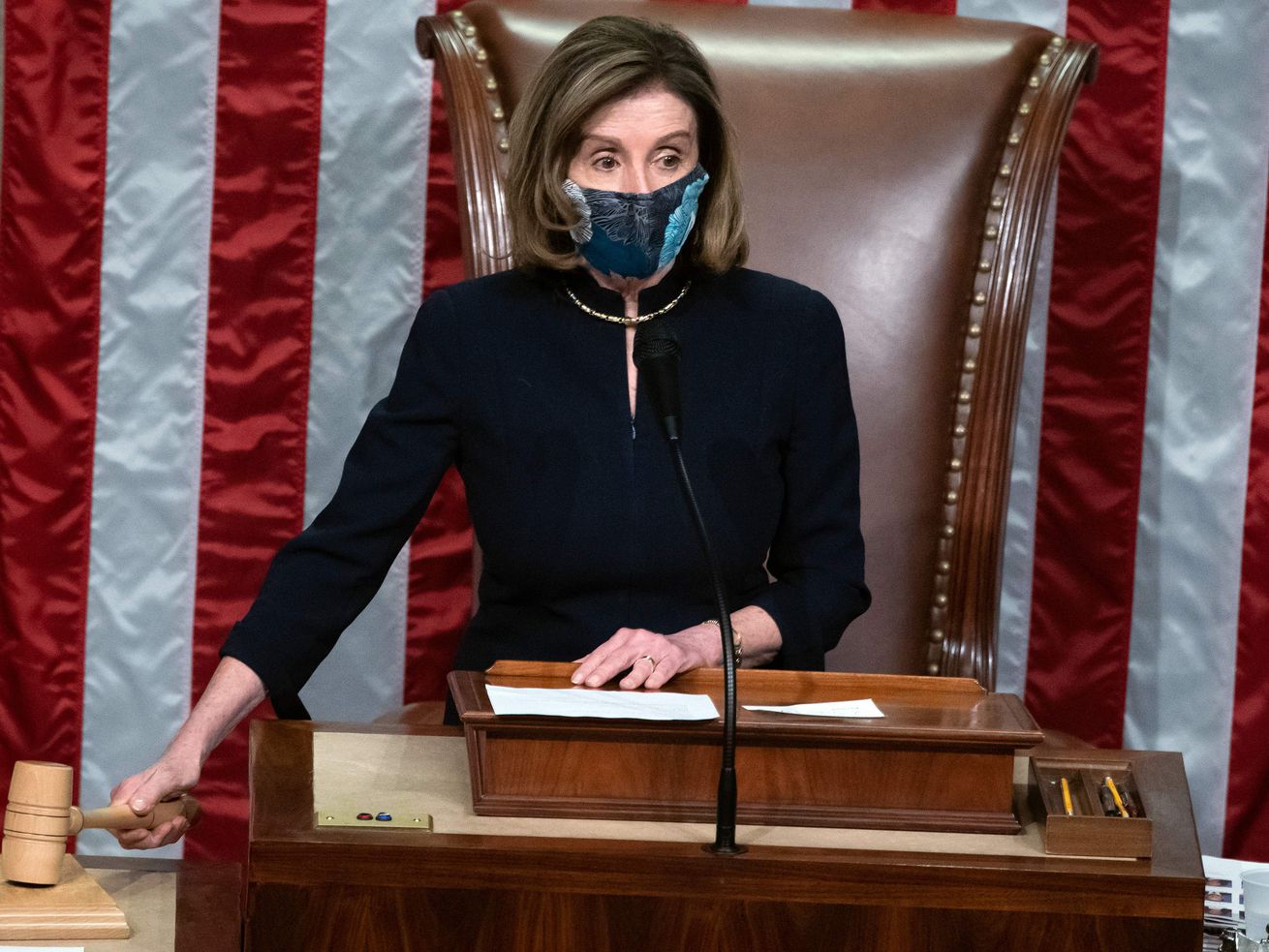 Now that the House has impeached the president the Senate should get moving on his trial immediately. A free people can’t give an inch to those who would overthrow democracy.

As the House voted to impeach Trump for a second time, all we could think about was how good for our country it would have been had he been removed from office long ago — before people were killed in the attack on the Capitol, before countless Americans died of COVID-19 because of his incompetence, before our nation was so divided against itself by his lies.

House Democrats, joined by 10 Republicans, voted to impeach Trump for “inciting violence against the government of the United States.” We can only hope the Senate now will put him on trial and convict him before the blood on his hands goes dry.

The job apparently will fall to the new Democrat-controlled Senate after Joe Biden is inaugurated on Jan. 20; the current Republican majority leader, Mitch McConnell, says he has no intention of calling the Senate back into session before then. There is talk, as well, of delaying Trump’s Senate trial even longer so as not to interfere with Biden’s legislative agenda.

What a mistake that could be. The Senate should be able to walk and chew gum at the same time. It should put Trump on trial immediately, before the message behind the entire exercise — that a free people can’t give an inch to those who would overthrow democracy — begins to lose its punch.

The case for Trump’s impeachment, laid out during several hours of debate, is clear and convincing, even when limited to the specifics of the president’s reprehensible part in inflaming the rabble that swarmed through the Capitol last Wednesday.

Most infamously, Trump delivered a dog-whistle speech to the mob that morning, urging them to “fight” and ““never concede.” But he had been doing his best for two months to overturn the results of a honest election by any means possible, spreading false conspiracy theories, radicalizing his supporters and summoning them to Washington to get “wild.”

Not for nothing did many of them show up with spikes, guns, pipes, riot shields, tear gas and zip-tie handcuffs. There were even pipe bombs.

Then, when the mob went wild right on cue — beating up cops, breaking through doors and defecating in halls — what did Trump do? He watched on TV, from the safety of the White House, and chortled. For hours, even as top aides implored him to call for an end to the violence, he thought it was all pretty great.

Trump put a lot of work into assembling that mob, whipping them up and lighting the match.

The title is ‘speaker,’ but Welch vows his actions will speak louder than his words

US stock futures fall and bonds and dollar rise as investors give muted response to Joe Biden’s $1.9 trillion stimulus plan