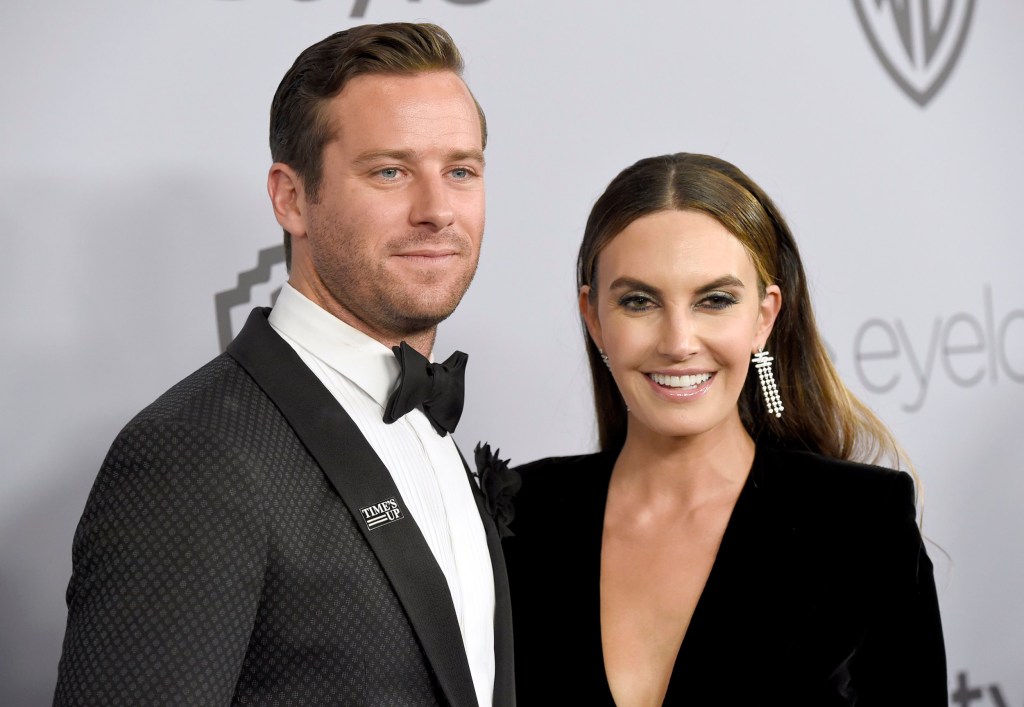 Armie Hammer has announced he will no longer star in Shotgun Wedding alongside Jennifer Lopez in order to spend time with his family.

The Call Me By Your Name actor released a statement confirming he will be departing the romantic comedy, while other reports claim he has also ‘quietly’ dropped out of UPC series Gaslight, starring Julia Roberts, Sean Penn and Joel Edgerton.

It comes amid allegations of DMs, describing disturbing sexual fantasies, which leaked on social media and have been attributed to Hammer.

Announcing his decision to quit Shotgun Wedding, Hammer said: ‘I’m not responding to these bulls**t claims but in light of the vicious and spurious online attacks against me, I cannot in good conscience now leave my children for four months to shoot a film in the Dominican Republic.

‘Lionsgate is supporting me in this and I’m grateful to them for that.’

Who is Armie Hammer’s wife?

Hammer, 34, is married to Elizabeth Chambers, a TV personality and actress who hails from San Antonio, Texas.

The 38-year-old is best known for founding the Texas-based Bird Bakery chain and making regular appearances in cooking segments on Today, The Food Network and The Cooking Channel.

In an interview with Mashable, Chambers revealed the inspiration behind the name of her bakery and explained: ‘I just love birds. From day one, I knew that would be the name. I love the way birds nest, how they feed their young and even when we were little and learning to paint, my mother would put bird feeders on the window and we would paint finches.

‘I don’t know, birds have always been precious to me. If you wake up and hear birds chirping, it will be a good day.’

Before she got to work in the kitchen, Chambers studied journalism at the University of Texas at Austin and worked as a news correspondent at Entertainment Tonight, Access Hollywood and E! News Now.

Chambers has also made small appearances in a few TV shows, including Criminal Minds and The Shark, as well as a role in the movie The Game Plan.

How did Armie Hammer and Elizabeth Chambers meet?

Hammer and Chambers met years before they began dating after being introduced by a mutual friend.

It was love at first sight for the pair as Hammer once told Vulture: ‘I remember she pulled in and got out of the car and I felt like I’d been knocked over.

‘Our friendship continued to grow and grow until one day when I was like, “I can’t be friends with you anymore. You’ve got to break up with your boyfriend, and we’ve got to start dating.’

Of course, Chambers broke up with her boyfriend and married Hammer in May 2010.

Speaking to Town and Country about their decision to settle down and tie the knot, Chambers said in 2013: ‘When we finally got together, Armie really wanted to …read more

Liv Tyler reveals she had Covid: ‘Being isolated in a room alone for 10 days is trippy to say the least’