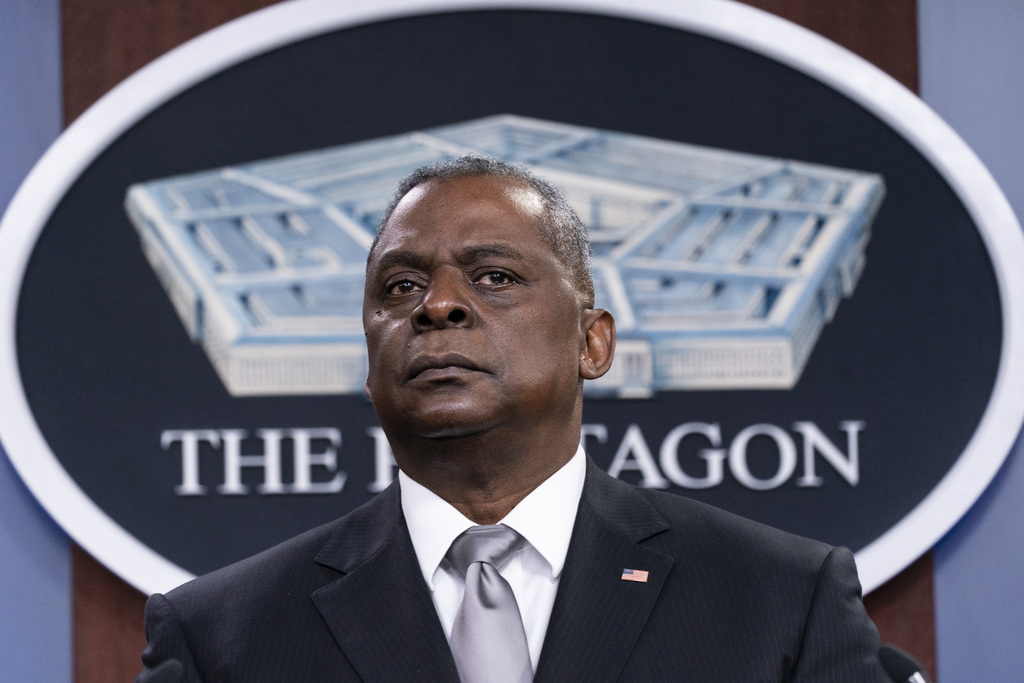 WASHINGTON — Defense Secretary Lloyd Austin, in his first news conference as Pentagon chief, said Friday that progress toward peace in Afghanistan and an end to U.S. military involvement there depends on the Taliban reducing attacks.

“The violence must decrease now,” he told reporters.

Austin, a retired four-star Army general who oversaw U.S. forces in Afghanistan and across the Mideast for three years during the Obama administration, said the Biden administration is “methodically and deliberately” assessing its next steps in Afghanistan, where U.S. troops have been present for nearly 20 years.

The U.S. has about 2,500 troops there, and Austin said there would be no “hasty” withdrawal.

Under a deal with the Taliban struck by the Trump administration one year ago this month, the United States promised a phased withdrawal of troops, so that by May 1, 2021, all foreign troops would be gone. For its part, the Taliban committed to starting peace talks with the Afghan government, ending attacks on American forces, and publicly renouncing all ties to al-Qaida and other extremist groups.

Austin suggested the Taliban are not meeting their commitments.

In remarks earlier Friday to a virtual meeting of the Munich Security Conference, President Joe Biden gave no indication of his plan for troop levels in Afghanistan. He pledged to support the peace process and to ensure that Afghanistan does not revert to being a launching pad for international terrorist attacks.

German Chancellor Angela Merkel, in remarks following Biden’s address, said her government is willing to keep troops in Afghanistan longer if needed to ensure that the country does not descend into chaos.

“Withdrawal must not mean that the wrong forces get the upper hand again,” she said.

The U.S. allies in NATO now have more troops in Afghanistan than does the United States, and they are awaiting Washington’s decision on whether to stick to the May 1 deadline. NATO Secretary-General Jens Stoltenberg said Thursday the allies are holding out hope for a “re-energized” peace process that could lead to a cease-fire as a step toward a final political settlement. Short of that, the choices for the U.S. and NATO are difficult.

“We are faced with very hard and difficult dilemmas,” Stoltenberg told reporters after Austin and his fellow NATO defense ministers consulted by video teleconference. “Because, if we stay beyond May 1, we risk more violence, we risk more attacks against our own troops, and we risk, of course, also to be part of a continued presence in Afghanistan that will be difficult. But, if we leave, then we also risk that the gains we have made are lost and that Afghanistan again could become a safe haven for international terrorists.”

Why some health care workers are putting off vaccination

Biden’s $15 wage proposal: Job killer or a boon for workers?