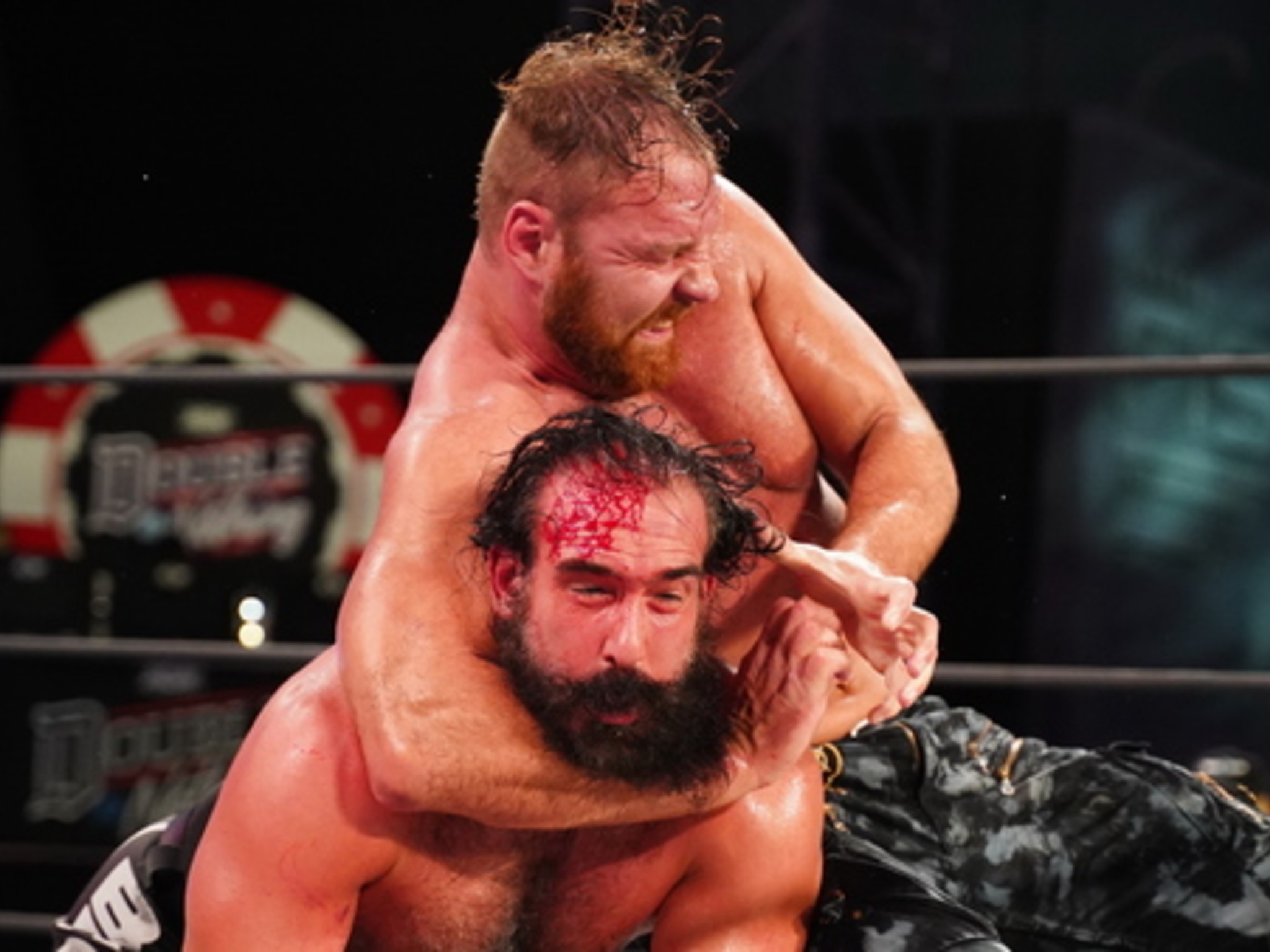 Jon Moxley has revealed he wanted a tag team run alongside Brodie Lee before the AEW star’s tragic death.

The two wrestlers had experience together in WWE on opposite sides of the memorable feud between The Shield and the Wyatt Family, and the 35-year-old grappler wanted to form a ‘super’ group of sorts.

Speaking before Bloodsport 5, he exclusively told Metro.co.uk: ‘I had an idea to eventually one day – I like tag team wrestling, you know? And there’s so many great tag teams here that I wanna get to work with.

‘But it’s like, OK, I’m gonna need a suitable partner, not just any random guy. I want a full, actual good tag team run with a good partner, make a real run at having a run in this tag division.

‘The guy I was thinking about doing it with was Brodie Lee. He was a good friend, and I wrestled him so many millions of times, our styles would have complemented each other very well.’

Sadly, Brodie died aged 41 on December 26 last year, and Moxley knows how special their partnership could have been.

He added: ‘You want somebody who complements you – maybe they do things you don’t do, and vice versa.

‘I thought a Shield-Wyatt mash-up super team would have been a really cool tag team. Me and Brodie could have really gone on a f***ing rampage as a team!’

Moxley – who is set to take on the British Bulldog’s son Davey Boy Smith Jr. tonight (February 20) on Bloodsport 5 – admitted he has plenty of ideas for matches, promos and stories tucked away in the back of his mind.

‘I don’t want to be a big star, I just want to be a better person than before’: MONSTA X star I.M on how new album Duality helped him through ‘a tough time’

‘Not necessarily any particular time – I had that kinda stuffed away in my head for the future,’ he said of the Brodie team. ‘I have stuff like that, and stories I wanna tell, concepts of promos and stories that may be for particularly people.

The Wyatt Family and The Shield went to war in WWE (Photo: WWE)

‘But it’s not right now, it’s stuck away in my folder of ideas and when the time’s right I’ll bust them out.’

One of those ideas was a match with Davey – whose real name is Harry Smith – and it’s something the former world champion has wanted to do for a long time.

‘Not necessarily that I had a list,’ he clarified. ‘But Harry is probably my number one on that list. The first time I’d seen a Bloodsport show, I didn’t know what I was even watching when I showed up at the show.

‘I was like, “what is this supposed to be? What are we watching?” Harry’s match made it very clear – oh, it’s wrestling! Old school wrestling! This isn’t a joke, we’re not doing any buffoonery, we’re doing just “get on the mat, try and rip a guy’s head off” pro wrestling.’

As Josh Barnett recently told us, Bloodsport at its root is wrestling in …read more

Dustin Johnson highlights | Round 3 | Genesis | 2021
Who Will Host 'The Bachelor: After The Final Rose'? Chris Harrison Stepped Back

Q&A: After a rocky rookie year, Jesús Luzardo knows the key to a strong bounce-back

Ranking MCU Characters Based On How Badly They Need Therapy

The ‘Bridgerton’ ‘SNL’ Sketch Is A Sex Scene Gone Wrong

Billie Eilish promises to surprise fans after recording new album during lockdown: ‘I pull some tricks out’