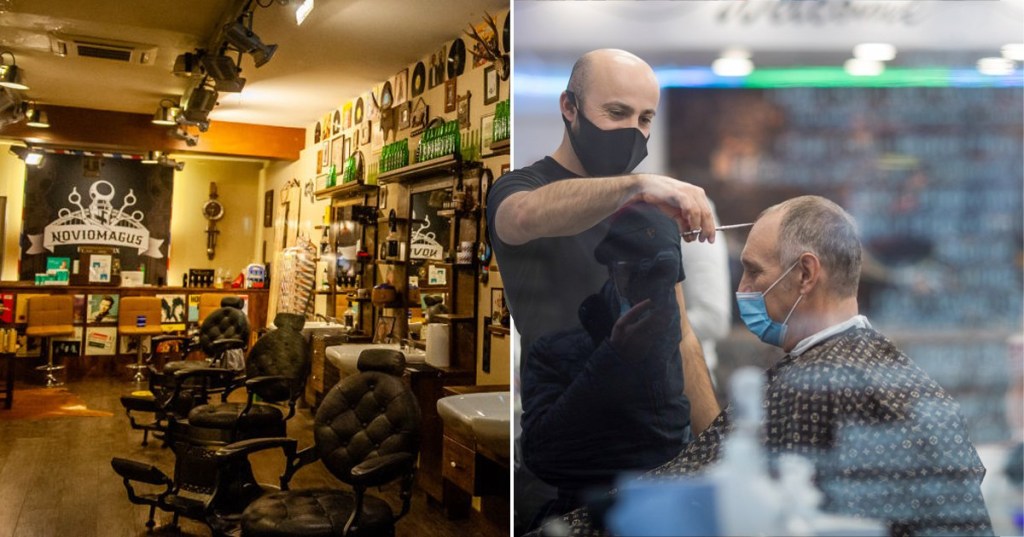 Boris Johnson will reveal his roadmap out of lockdown on Monday (Picture: Getty Images)

Hairdressers will stay shut until late April under Boris Johnson’s roadmap out of lockdown, according to reports.

The Prime Minister will not reveal his plan until Monday – but senior sources told The Sun the beauty industry ‘still has some time to go’ before reopening.

Ministers worry about how close beauticians and customers have to be for procedures to go ahead, as new Covid cases fall to around 10,000 a day.

Treatments like waxing and pedicures ‘where contact is inherent’ may have to wait even longer to relaunch.

Mr Johnson is putting the finishing touches on his roadmap this weekend, as ministers closely study infection rates.

March 8 will likely see pupils returning to schools as ministers make it clear children’s education is their first priority.

Two households will be allowed to socialise outside by Easter, according to No 10 sources.

It is also thought the ‘rule of six’ for outdoor gatherings is being considered, which would allow half a dozen people from multiple households to meet, but this hasn’t been confirmed.

The Government confirmed today that care home residents in England will be allowed regular visits from one person from March 8.

Outdoor service could resume for pubs and restaurants in April – but indoor areas are unlikely to open until May.

MORE : No traces of Covid found on London’s tubes or buses during monthly tests

Ask Amy: I’m a millennial and I worry that my manners make people uncomfortable

WA man who allegedly travelled 800 miles with stolen gun to Bay Area to ‘handle’ stockbroker, claimed to be Italian monarch, gets six years