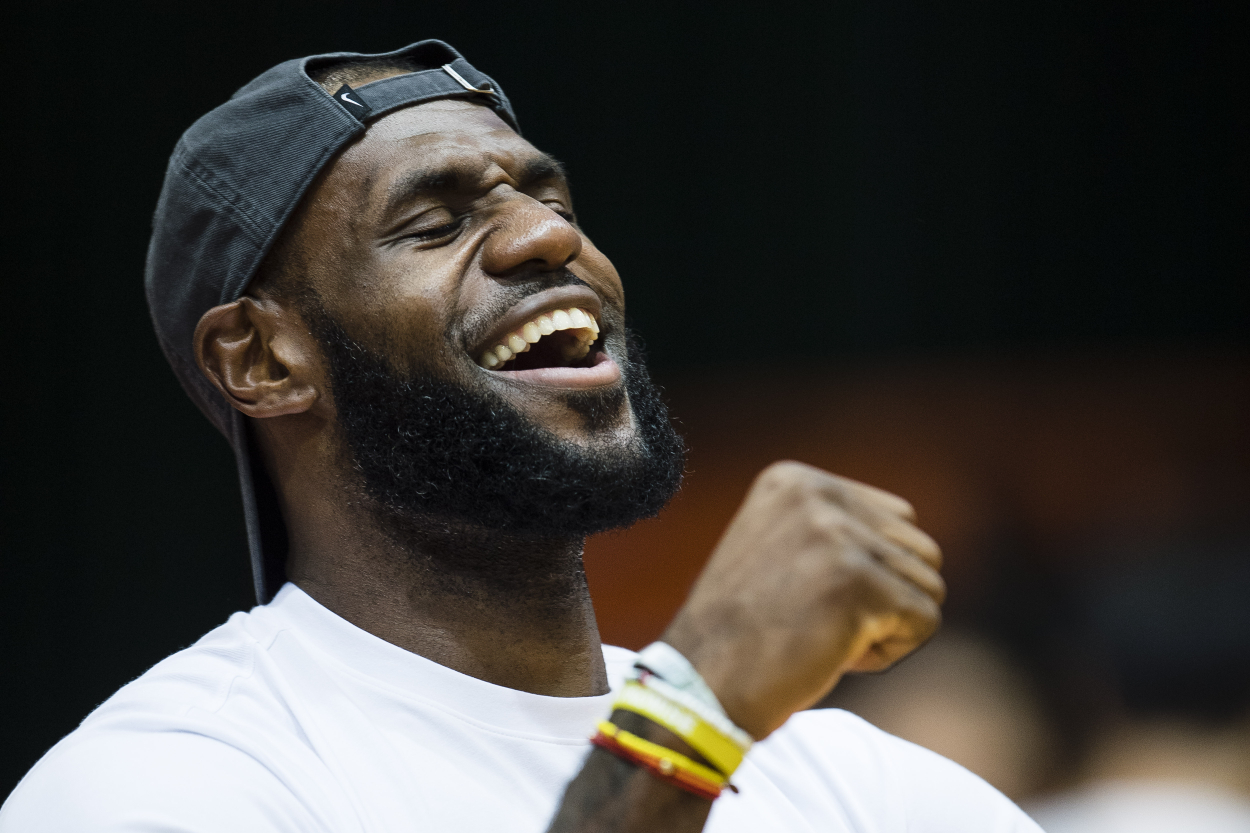 Ever since he was a high school kid, NBA superstar LeBron James has been deemed as the chosen one. He has lived up to all of that hype and then some, too, as James has become one of the top two basketball players of all-time. However, while he is a future basketball Hall of Famer, LeBron James’ former Cavs teammate says that he is the “chosen one” of an entirely different game.

LeBron James has been the ‘chosen one’ in the NBA

In February 2002, Sports Illustrated featured LeBron James, a junior in high school, on its cover with the words, “The Chosen One.” Many people thought it was potentially too much hype for a teenager. James, though, has lived up to it and then some.

LeBron James went to the Cleveland Cavaliers, his home team, with the No. 1 overall pick in the 2003 NBA draft. In just his third season, he averaged over 31 points per game. He then later led the entire NBA in scoring in his fifth season in 2007-08. James also led the Cavs to heights that the franchise had never seen before, as they reached the NBA Finals in 2006-07.

However, in 2010-11, James went to the Miami Heat and has since been on one of the most dominant runs in NBA history. LeBron James made eight straight NBA Finals appearances with the Heat and Cavs from 2010-11 through 2017-18. He ultimately made nine NBA Finals appearances in 10 seasons from 2010-11 through 2019-20 and won four championships during that span, one coming with the LA Lakers.

James is also a 17-time NBA All-Star, a four-time NBA MVP, and a four-time NBA Finals MVP. He is also third in NBA history in total points with 35,017 and eighth in assists with 9,583. His 27 points-per-game average is also fifth in league history.

Despite all of his NBA accomplishments, though, LeBron James may be the “chosen one” in a different game.

The NBA legend is really good at cards

RELATED: Stephen A. Smith Calls Out LeBron James, Claims He Just ‘Lied to the American Public’

Kendrick Perkins was LeBron James’ teammate on the Cavs in 2014-15 and 2017-18. He has since discussed how good James is at something other than basketball; he’s good at cards.

“There’s one thing about LeBron. For some reason, when we play cards, he is really just the Chosen One,” Perkins said, according to The Athletic. “I’ve never seen him lose at anything. We will be playing cards and I’d be like, ‘Who won?’ He’d be like,’S***, not me. I lost,’ and he’d try to put it on somebody else, but he’d have all the cash in his hand. Like he would never lose.”

Perkins continued: “I’ve never seen him take an L. It was …read more

The Battle of Alberta Is Back Due to the NHL’s 2021 Format: ‘There Will Be Strained Relationships’