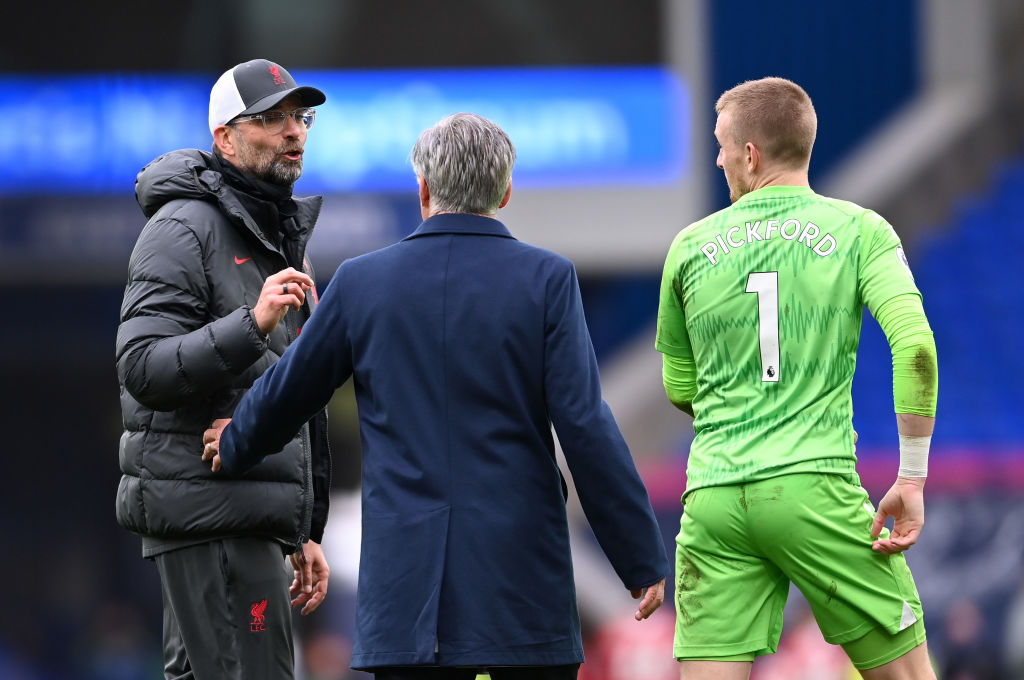 Liverpool are looking to end a three-match losing streak in the Premier League in the Merseyside derby on Saturday against an Everton side that has lost its last two league outings.

Neither side is at its best at the moment, with the Reds sinking to sixth in the table as they look to defend their Premier League title, while the Toffees are one place and three points behind them.

Jurgen Klopp has already conceded that the title race is over, with Manchester City 16 points clear of his side and 10 points ahead of any side, so what looked set to be an exciting season at the top has fizzled out already.

Both Merseyside outfits are fighting for a Champions League place, though, and this match will have an impact on who wins that battle.

What time is Liverpool vs Everton?

The Merseyside derby kicks-off at 5.30pm on Saturday 20 February at Anfield.

Sky Sports Main Event and Sky Sports Premier League will be showing the game live with coverage from 5pm.

Subscribers can stream the action on Sky Go or on the Sky Sports app.

Naby Keita may return to the substitutes’ bench for this one after a spell on the sidelines, but Liverpool continue to struggle with a string of injuries.

Everton are without Yerry Mina, but do have Allan and Dominic Calvert-Lewin available again.