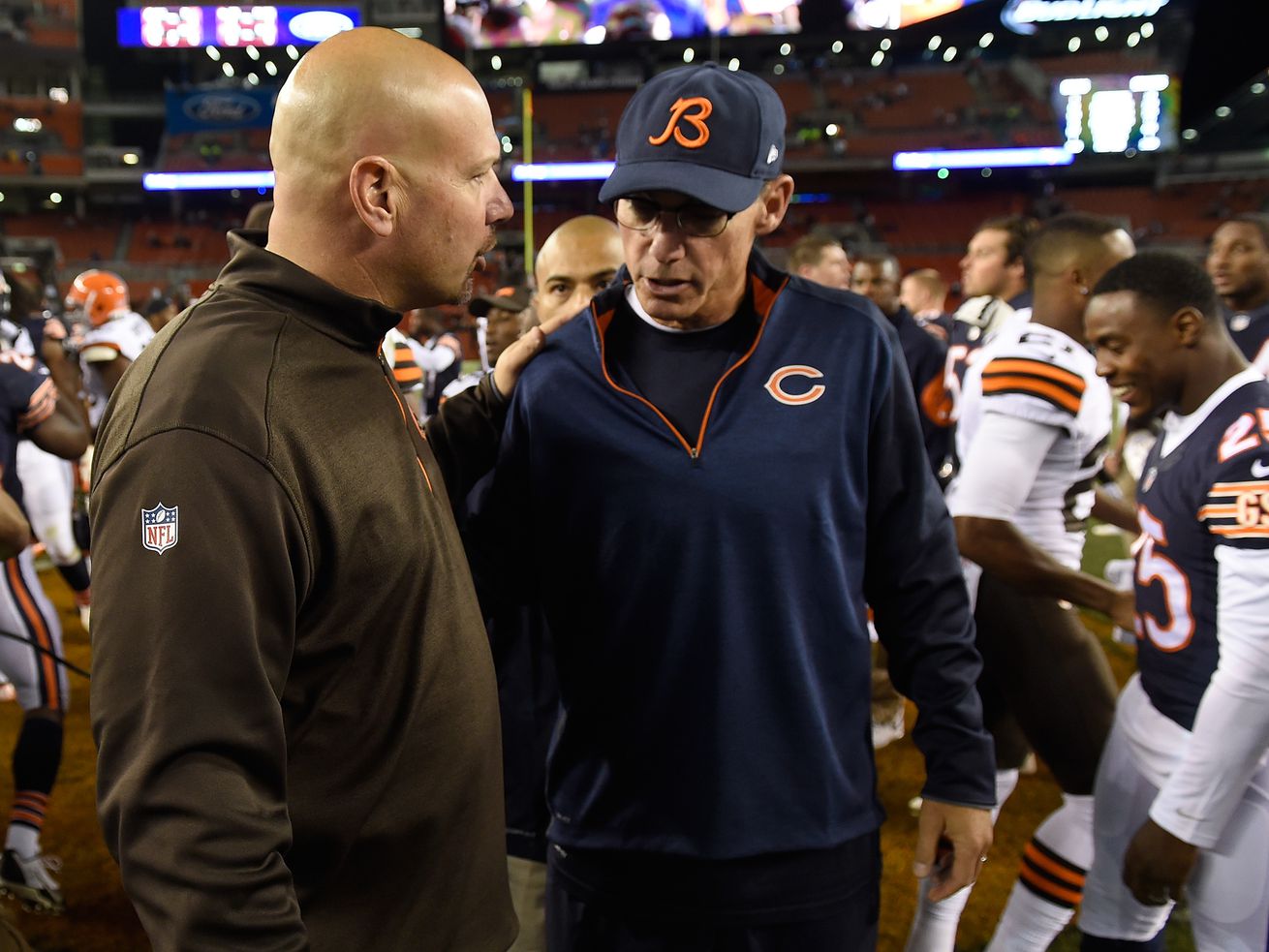 The Packers’ defense was ninth in yards allowed and tied for 13th in points allowed in 2020 under coordinator Mike Pettine (left, talking with Bears coach Marc Trestman after a preseason game in 2014). Pettine, the former head coach of the Browns, was hired by the Bears as a defensive assistant. | Photo by Jason Miller/Getty Images

The former Packers defensive coordinator has the experience that Bears rookie DC Sean Desai lacks. “He’s a really strategic-type guy that has a lot of different schemes that keep you off-balance as a play-caller.,” Matt Nagy said of Pettine in 2018.

It’s hard to tell what the dynamic will be like. When Brad Childress was a senior adviser under coach Matt Nagy, offensive coordinator Mark Helfrich and quarterbacks coach Dave Ragone, it seemed like a classic case of too many cooks. Before we could even figure out what exactly Childress did, he was gone.

But Pettine as a senior adviser to Desai has a lot of promise. A veteran and proven NFL defensive coordinator — with head-coaching experience — working with a rookie defensive coordinator who grew up under Vic Fangio has the makings of an effective combination. We don’t know much about Desai, except that he seems like a sharp guy who will make it work rather than feel pressure from somebody with more experience than he has looking over his shoulder.

“This is going to be an open environment. Everyone’s going to know who we are and what our identity is, and if there’s things that we can balance each other off of, then I’m all for that. I think that’s a great thing for me as a first-time defensive play-caller, is to have some other perspectives in.”

Desai did not go into detail about Pettine’s role when he met the media Monday, other than to acknowledge that Pettine is on the staff.

But the opportunity for Pettine to make an impact is there. If anything, Pettine can add a dimension of unpredictability the Bears’ defense lacked in two seasons under Chuck Pagano.

“Coach Pettine has done a great job throughout his career of being almost tendency-free,” Helfrich said in 2019.

Why some health care workers are putting off vaccination