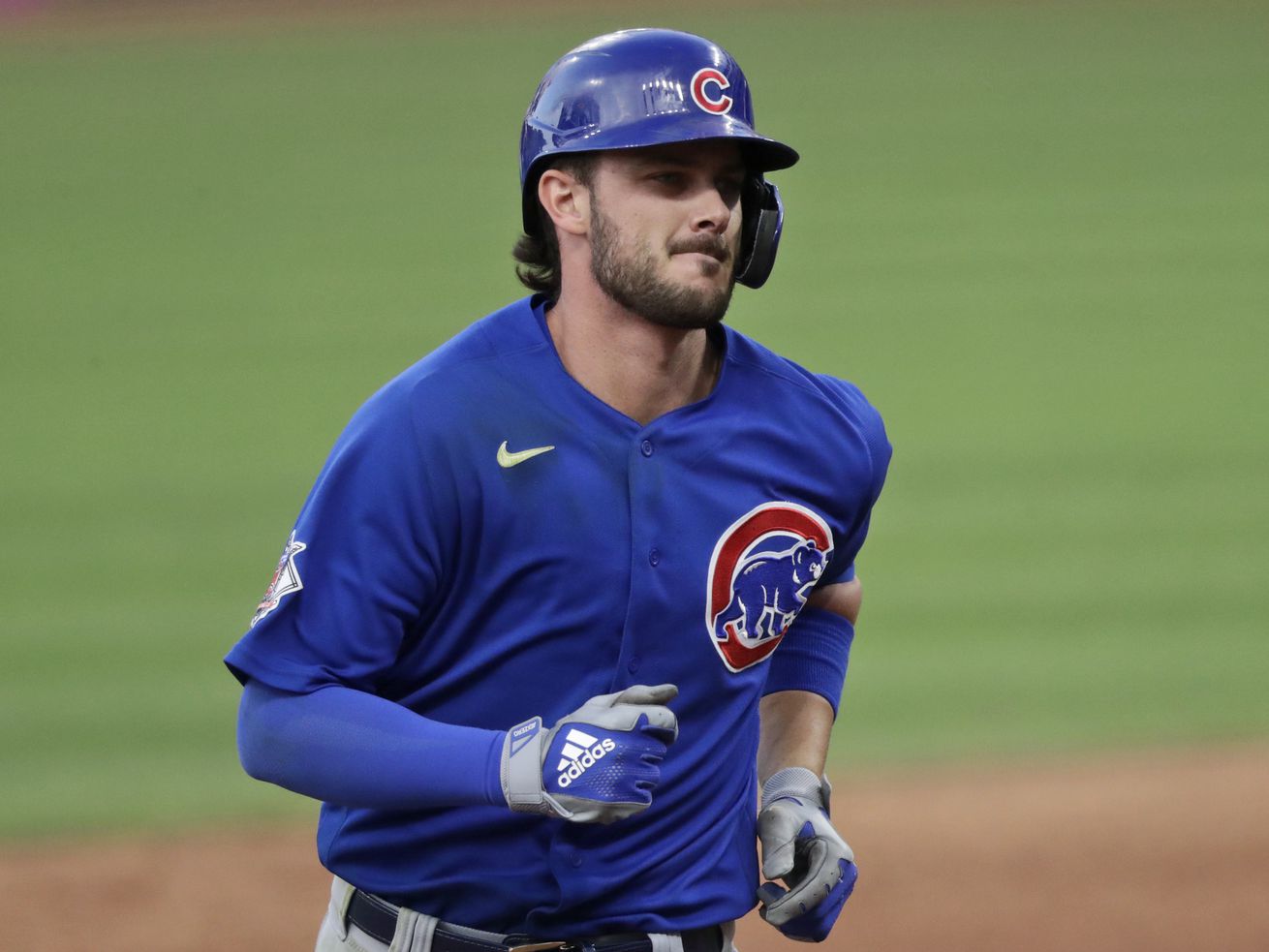 The Cubs have struggled against velocity the last two seasons and have gotten away from grinding at-bats, which led to much of their success before that.

When you look at the names in the Cubs’ lineup, it’s hard to imagine that what was once one of the most feared lineups in the majors has struggled in the last couple of seasons.

The lineup, which includes a National League MVP, an NL MVP runner-up and several NL All-Stars and Silver Slugger winners, has seen its share of success. But after consecutive seasons of disappointing offensive showings, many are wondering whether this group still can have success.

Starting pitching has been the Cubs’ strength in recent seasons, and it has helped buy the offense time to find itself. But with an overhauled rotation this season, the offense will have to come to life if the Cubs hope to have any chance of winning the NL Central again.

‘‘I think this is a really talented offensive group,’’ president Jed Hoyer said. ‘‘We’ve struggled in certain aspects of the game that we have to improve on. [Manager David Ross] and I have spent a ton of time over the course of the winter talking about how we can get this group back to where they belong.’’

The 2020 season left a bad taste in the mouths of the Cubs’ hitters. Except for outfielders Ian Happ and Jason Heyward, no offensive player performed to his career average. Shortstop Javy Baez, third baseman Kris Bryant, catcher Willson Contreras and first baseman Anthony Rizzo all had subpar seasons, making it almost impossible for the offense to succeed.

PM’s roadmap out of lockdown to include schools, socialising and sport

Still, because of the nature of the season, it’s more difficult to know what’s real and what’s not. The small sample size of 60 games and the external factors that came with the pandemic make it easy to point to factors that would impede offensive success.

Some of the Cubs’ offensive woes, however, have started to become trends. One area of concern for the Cubs last season was their inability to deal with velocity, something that was exposed against young Marlins fireballers Sandy Alcantara and Sixto Sanchez in the postseason.

‘‘We’re in an era where it’s the highest velocity ever thrown and the most spin ever in the history of baseball,’’ Cubs hitting coach Anthony Iapoce said. ‘‘Each year it’s gone up. Now it’s the percentage of fastballs at the top of the zone, which is the most ever. So guys are trying to combat that all around baseball, not just with the Cubs.

‘‘How do you keep getting better at that? If you’re missing fastballs, that’s not necessarily your plan or being over-committed or trying to see the ball too deep. A lot of it …read more

Do you qualify for California’s new $600 COVID-relief payment?

Denver to recognize Juneteenth as a commemorative holiday

Miss Manners: She threw a party and then she billed the guests

The complete guide to getting a job at Rivian, according to two execs who lead hiring for the surging Tesla rival