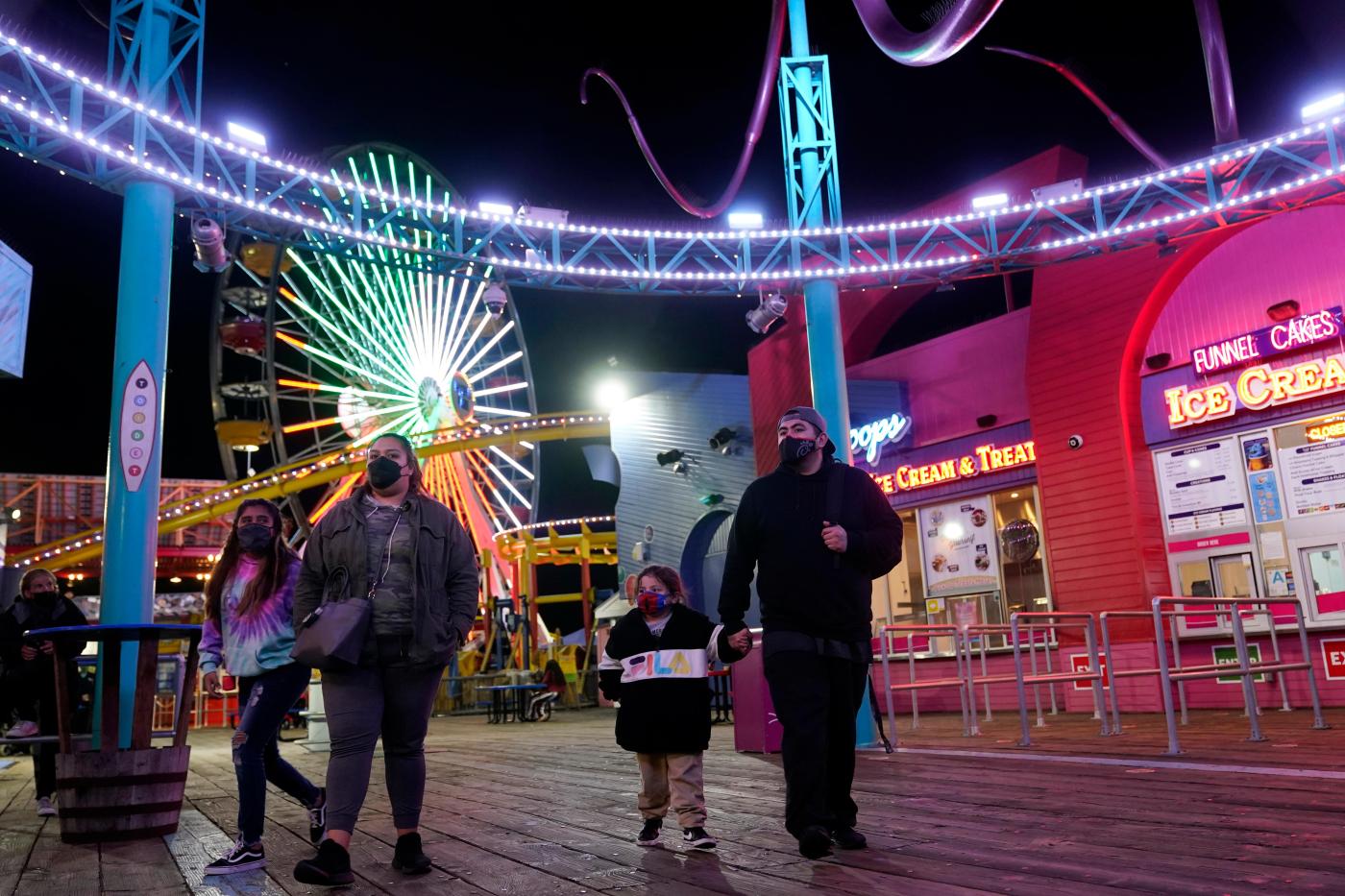 AUSTIN, Texas — The number of deaths in Texas due to the illness caused by the coronavirus increased by more than 200 on Saturday while the number of people hospitalized with the virus declined, according to the Texas Department of State Health Services.

There were an additional 227 COVID-19 deaths, more than 4,900 new cases and 7,535 hospitalizations, a decline of 222 people hospitalized, the department reported.

Texas has had more than 2.5 million coronavirus cases since the pandemic began, and more than 42,000 deaths due to COVID-19, the third highest death count in the United States, according to Johns Hopkins University.

LOS ANGELES — A skateboarding world champion is among five people prosecutors in Southern California have charged with organizing parties that were possible superspreader events amid the COVID-19 pandemic.

The Los Angeles Times reports Nyjah Huston, a four-time world skateboarding champion, and Edward Essa, the owner of a home in the Fairfax District, held a party last month with at least 40 people that was shut down by police after receiving a complaint.

Huston and Essa were both charged with creating a nuisance, a misdemeanor.

OKLAHOMA CITY — More than 681,000 Oklahomans have now received the coronavirus vaccine, including more than 204,000 who have received both required doses, according to an Oklahoma State Department of Health report.

The state ranked 12th in the nation on Saturday with 14.3% of the population having received at least one dose of the vaccine, according to the federal Centers for Disease Control, and the state health department has scheduled vaccination clinics during the weekend to replace those canceled because of a winter storm.

There have been a reported 418,318 total virus cases and 4,155 deaths due to COVID-19, the illness caused by the virus, since the pandemic began, increases of 973 cases and 23 deaths since Friday, according to the health department.

JERUSALEM — Israel unveiled a plan on Saturday to allow people who have been vaccinated against the coronavirus to attend cultural events, fly abroad and go to health clubs and restaurants.

Prime Minister Benjamin Netanyahu announced the plan at a news conference on Saturday night, saying those who have been vaccinated will be able to download the “green badge” in the coming days.

“The green badge is gradually opening up the country,” Netanyahu said.

Israel has conducted the world’s speediest vaccine campaign over the past month and a half, inoculating nearly half of its 9.3 million people. But with the coronavirus still spreading rapidly among the unvaccinated, the country only recently began emerging from a two-month lockdown.

WhatsApp is trying to get users to agree to its new privacy policy again, a month after it sent people flocking to Signal and Telegram

In the third round of The Genesis Invitational 2021, Dustin Johnson recorded three birdies against 3 bogeys to remain even through 13 holes before play was suspended due to darkness. Johnson is 7-under-par for the tournament. The PGA TOUR returns to iconic Riviera Country Club for The Genesis Invitational. Tournament host Tiger Woods will be in attendance but won’t play as he is still recovering from a back procedure last month. World No. 1 Dustin Johnson and defending champion Adam Scott are among the headliners. Notables in the invitation-only field include major champions Brooks Koepka, Bryson DeChambeau, Collin Morikawa, Jordan Spieth, and Francesco Molinari, plus world No. 2 Jon Rahm. Two-time FedExCup winner Rory McIlroy looks to finally lift the trophy at Riviera after holding a piece of the lead Sunday a year ago only to fall to T5. In addition to reigning champ Johnson, FedExCup winners in the field include Justin Thomas, Brandt Snedeker, and Jim Furyk.
‘Chicago P.D.’ star says the show, criticized as ‘copaganda,’ now is ‘trying to turn a page’
Here you can find everything you need to stay up to date with the world’s foremost golf tour. Check in for highlights from every tournament plus player profiles, swing analysis and all the greatest shots and amazing moments. Teryn Gregson presents the craziest moments from around the world of golf in ‘Good, Bad & Unusual'.

No. 5 Illinois dominates Minnesota for 7th win in row

PHOTOS: Debris from a United Airlines Boeing 777 rains down in Broomfield

Feds to look into decision over Space Command headquarters, which was supposed to be in Colorado Springs