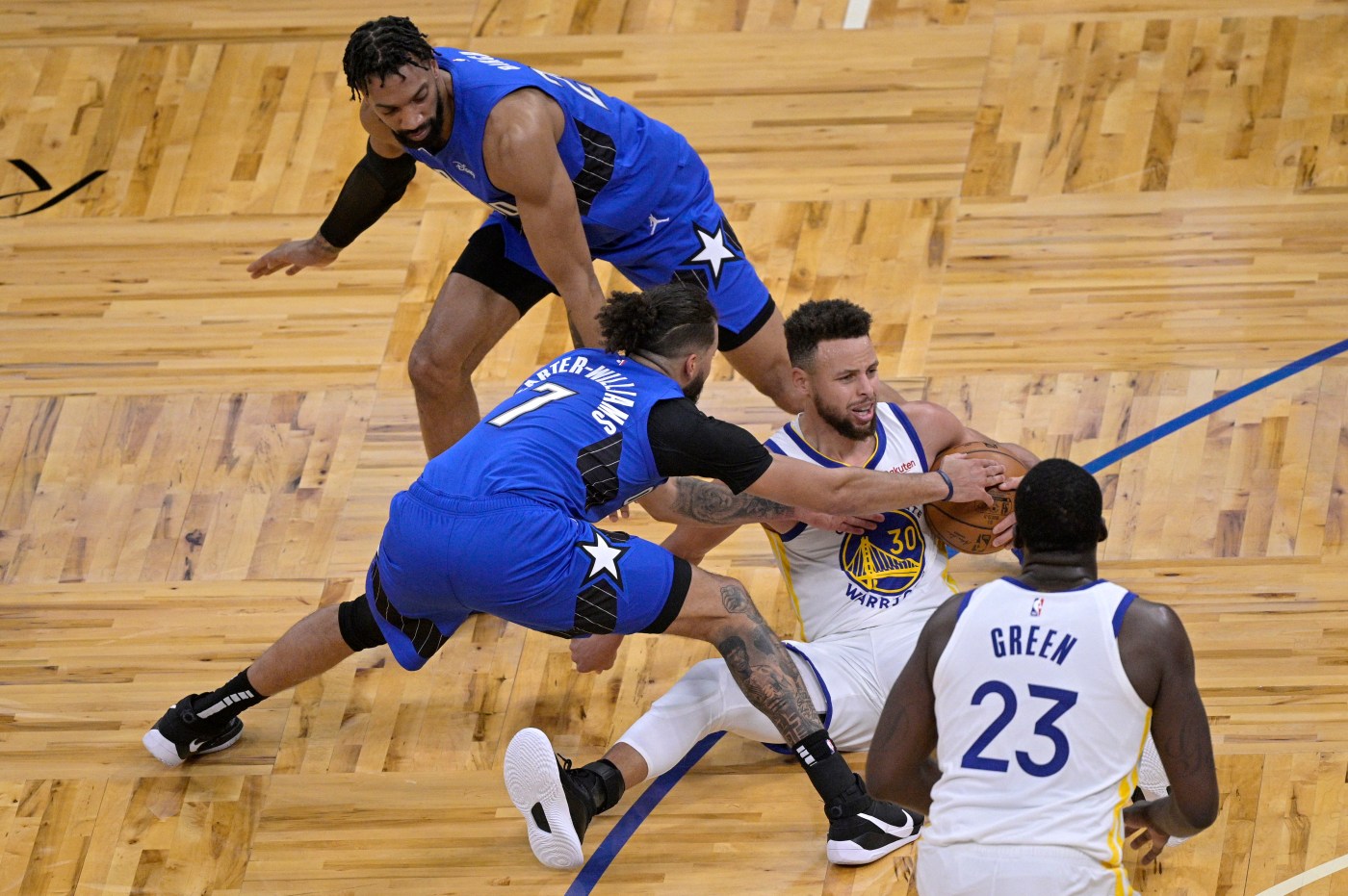 The Warriors’ attempt at a second-straight comeback win fell short in their 124-120 loss to the Orlando Magic Friday.

After trailing by 17 points, Kelly Oubre Jr. (26 points on 10-of-18 shooting and seven rebounds) and Andrew Wiggins (16 points) helped lead a 43-point third quarter that helped the Warriors take their first lead of the game. Though Curry (29 points on 11-of-29 shooting, 11 assists and seven rebounds) was bottled up most of the night, his back-to-back 3-pointers cut the deficit to one after the Magic re-took the lead. Curry’s game-tying attempt in the final seconds missed, and the Magic sunk free throws to clinch.

With this loss — two days after a 19-point comeback win over the Heat — the Warriors failed to string together their first three-game win streak for the seventh time this season.

“We let another get away,” said Draymond Green. “It’s kind of been the storyline of the season.”

Four takeaways from the Warriors’ comeback win over the Heat

Here are three takeaways from the game.

The losing stretch: When Brad Wanamaker’s layup gave the Warriors a 13-point lead with 8:50 to go, it looked as if they were on their way to a rousing comeback victory. However, the Warriors after that gave up a 31-14 run the rest of the way. It was one the most scrambled stretches of their season.

“I’ll have to watch the tape,” said head coach Steve Kerr, “but it seemed to me like the last five minutes, it was one pass and a shot. We stopped doing what had gotten us the lead.”

Lack of ball movement crushed the momentum, and Golden State was doomed by fouls, turnovers and missed shots. Specifically, the Warriors committed three fouls (not counting intentional ones to force free throws at the end) that resulted in six points for Orlando. Wanamaker traveled and Damion Lee and Curry each threw the ball away; and Paschall, Oubre, Curry and Green all missed layups in the final eight minutes.

It could be easy to write this off as sloppy play, but credit should be given to the Magic. Steve Clifford’s group coaxed the Warriors into tough shots in the sticky mid-range area, where they went 3-of-14 overall, and Orlando’s size limited Golden State to converting on just 57.1% shooting near the rim. Clifford’s defenses have long sought to blunt drives and cut off passing lanes, and they did that well during the game’s …read more

Are COVID Vaccine Selfies Hot or Not?