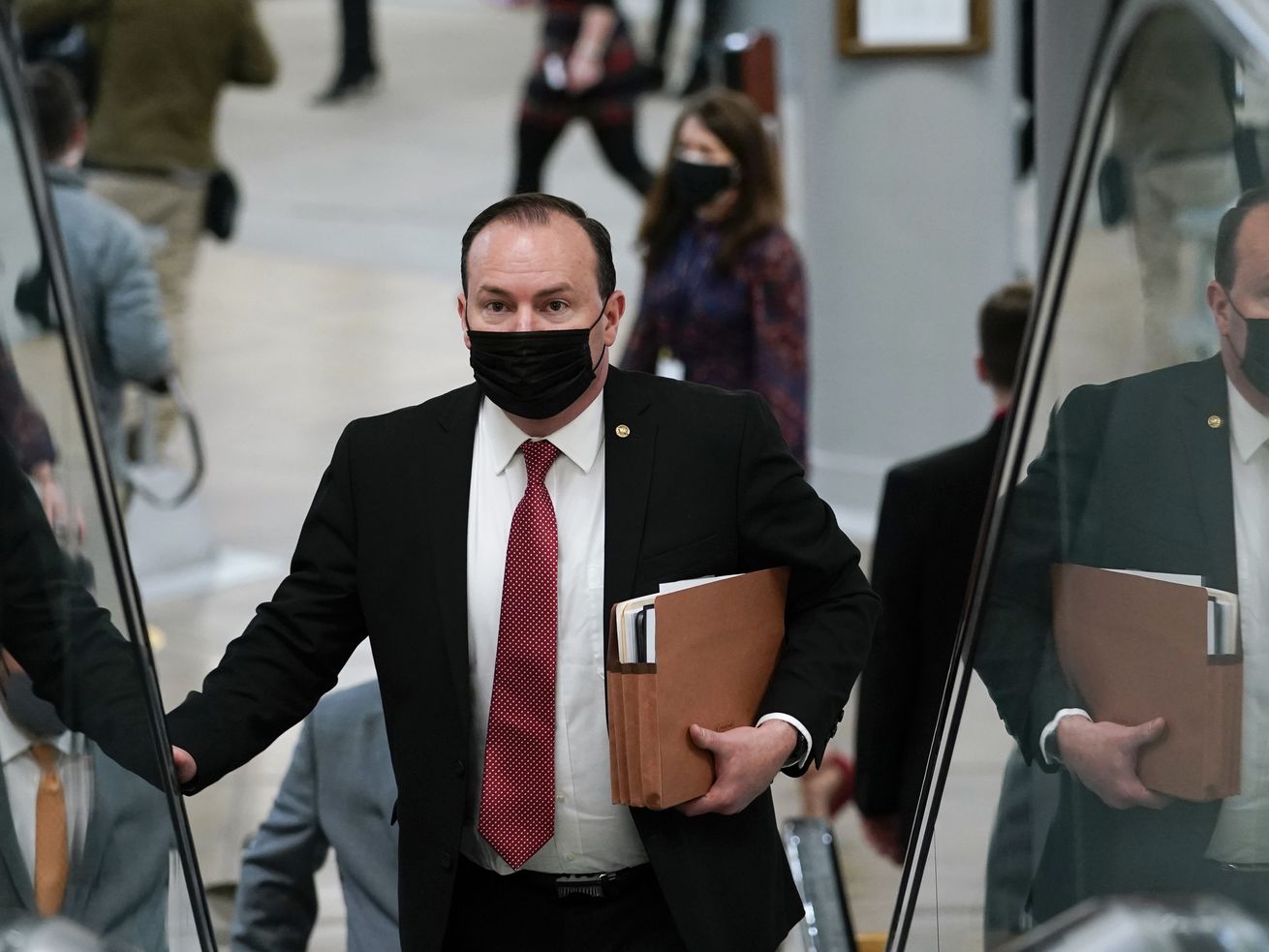 Sen. Mike Lee, R-Utah, walks on Capitol Hill in Washington, on Feb. 10, 2021, as he heads to the second day of the second impeachment trial of former President Donald Trump. Lee is scheduled to attend a fundraiser for his reelection campaign at Trump’s Mar-a-Lago resort in Florida. | Susan Walsh, Associated Press

Lee says there is room for him and Sen. Mitt Romney in the GOP despite different impeachment trial votes

Lee released a statement through his campaign website Friday saying there is no cause for alarm when, in the rare instance, he and Romney disagree with each other or with most Senate Republicans.

“To the contrary, it shows that neither one of us blindly defers to anyone. We each do our own homework and then, after conferring with our colleagues on both sides of the aisle and with each other, we reach our own conclusions,” Lee wrote.

Lee voted last week to acquit Trump, while Romney voted to convict him. Lee also deemed an impeachment trial of a former president unconstitutional and called it a “farce.” Romney said the House impeached Trump while he was president and the Senate should not give up its power to hold him accountable for abusing the office, even in his final days in office.

Lee said he and Romney both know from experience what it feels like to vote contrary to most or even all of their GOP colleagues.

“It can be liberating. It can be terrifying. It is often both,” said Lee, who has been the lone dissenter on some Senate votes.

Romney was the only senator in history to vote remove a president of his own party as he did last year at Trump’s first impeachment trial. He was one of seven Republicans who voted to convict the former president in the second trial. Both ended in acquittal.

“While Sen. Romney and I sometimes reach different conclusions, there is enough room in the Republican tent for both of us — just as there is room enough for all Republicans in a general election, regardless of how they voted in the primary,” Lee wrote.

Having different perspectives in the GOP leads to more robust debate and produces more thoughtful policy, which will benefit Republicans in future elections, Lee said. The Republican Party, he said, should work “tirelessly” to take back the House and Senate in 2022.

Lee will be among the Republicans trying to hold on to their seats in next year’s midterm election. He sent a flurry of fundraising emails the past few weeks saying the Democrats are gearing up to spend millions of dollars to defeat him.

Earlier this week, the left-leaning Alliance for a Better Utah kicked off a campaign called “Humans Against Mike Lee” aimed at ousting the two-term senator.

The Justice Department and FBI are investigating whether Roger Stone and Alex Jones played a role in the Capitol siege, report says

Suspect Cooked Victim’s Heart and Served it With Potatoes: Cops

‘Partial herd immunity’ emerging, but some challenge the value of that status