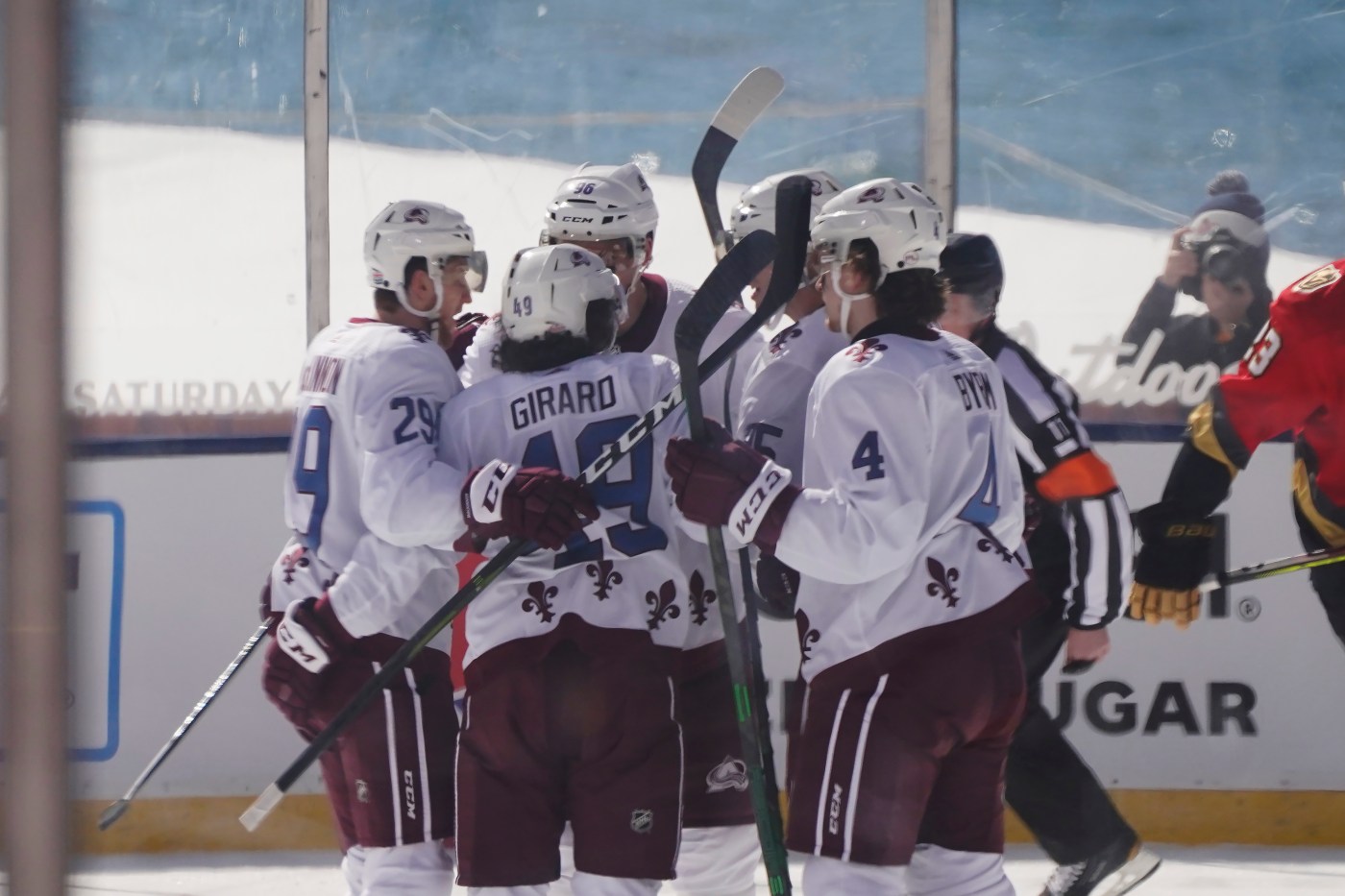 After what might have been the longest intermission in NHL history Saturday, the Avalanche emerged victorious on the south shore of Lake Tahoe.

Star center Nathan MacKinnon had a hand in all three goals as Colorado persevered through an exhaustive gameday by defeating the Vegas Golden Knights 3-2 on the 18th fairway of Edgewood Tahoe Golf Course in Stateline, Nev.

Nine hours from the start of the outdoor game to the beginning of the second period, Colorado and Vegas settled their third of four consecutive games with good ice conditions under the lights. The nationally televised game began at noon local time but was postponed after the first period due to poor ice conditions that deteriorated under bright sunshine.

The Avs took a 1-0 lead into the 9 p.m. local restart and got goals from MacKinnon in the second period and defenseman Devon Toews in the third.

“It feels like a blur, honestly,” MacKinnon said after the Avs improved to 2-1 in a four-game stretch against Vegas. “The ice was bad (at the start) but we didn’t realize (postponement) was a possibility. We got it done.”

“It was a beautiful day here, almost too nice because we get delayed,” Avs coach Jared Bednar said. “But the evening was fun, too, playing under lights was a great situation. Our team came out with a big win. So it was a fun night, and certainly worth it even if we had some hiccups this afternoon.”

He added: “I wish we had fans here today but there was something special about just coming and having the two teams here. It’s a quiet setting, a beautiful setting, and kind of being able to play it with no distractions with friends and family. We were able to relax and enjoy the moment, enjoy the game.”

The Avs took a 2-1 lead into the third period. Both teams struck in the second — Alex Martinez at 7:37 and MacKinnon at 11:14 for the Avs. Martinez tapped in a rebound after goalie Philipp Grubauer used his blocker to stop Jonathan Marchessault’s shot to tie it 1-1 on Vegas’ second shot of the period. MacKinnon used his great speed and quick shot combination to put a wrist shot behind goalie Marc-Andre Fleury to regain the lead for Colorado, which outshot the Knights 28-16 through 40 minutes.

“It was a unique one and a game that people will remember for a long time, I’m sure,” Avs captain Gabe Landeskog said. “Maybe not because of the hockey game. Maybe because of everybody falling in the first period this morning. But nonetheless. it was a great experience and hopefully, the fans that were able to stay up for this game were able to see how special of the place this is.”

Dustin Johnson highlights | Round 3 | Genesis | 2021
Rockies must cut down on strikeouts, starting with Sam Hilliard

Fact-check: Illinois didn’t move the needle on COVID-19 vaccinations as much as Pritzker claims