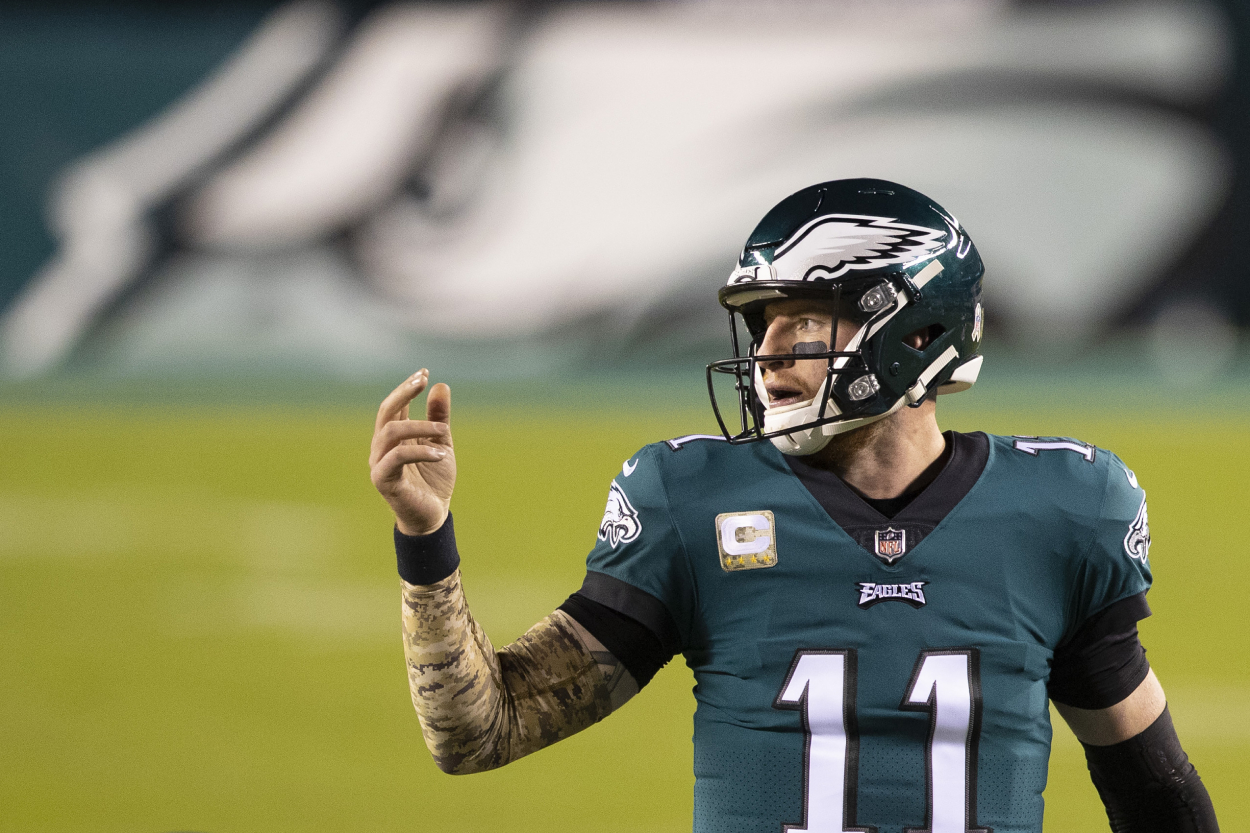 Carson Wentz is getting a fresh start with the Indianapolis Colts. With how stacked the Colts’ roster is, Wentz has a chance to win a lot of games in Indianapolis if he can stay healthy and not turn the ball over. However, despite not playing one game as the Colts’ quarterback yet, Carson Wentz has already suffered a significant loss, as the former Eagles star will now be saying goodbye to No. 11.

Carson Wentz has worn No. 11 since North Dakota State

RELATED: Philip Rivers Left a Colts Star in ‘Complete Shock’ With His Final Decision in Indy

Carson Wentz was a star quarterback in college at North Dakota State. In his redshirt junior season, he set school single-season records for passing yards, attempts, completions, and total offense per game, according to his NDSU bio. He threw for 3,111 yards, 25 touchdowns, and 10 interceptions that year and was second on the team in rushing yards with 642. Wentz also led his team to back-to-back FCS national championships in 2014 and 2015.

His play in college helped Wentz go to the Philadelphia Eagles with the No. 2 overall pick in the 2016 NFL draft, too.

However, after having a horrible year in 2020, throwing for a league-leading 15 interceptions, the Eagles have since traded Carson Wentz to the Colts.

That appears to be changing with the Colts, though.

Carson Wentz will not wear No. 11 with the Indianapolis Colts

Carson Wentz of the Philadelphia Eagles looks on against the Dallas Cowboys on Nov. 1, 2020. | Mitchell Leff/Getty Images

Players have found many ways to keep their jersey numbers when switching teams. Many have even bought expensive gifts for their teammates who wore their numbers in the past.

In Carson Wentz’s case on the Colts, though, it appears that he is the one switching numbers.

“(Wentz) asked me how locked in I am on No. 11,” Pittman said on Twitch, according to the IndyStar. “I told him I’m pretty locked in. He said, ‘Alright, that’s fine. I’m going to change anyway.’”

So, what number will Wentz wear? Well, according to the IndyStar, Wentz wore No. 20 in high school, but NFL quarterbacks must wear something between 1 …read more