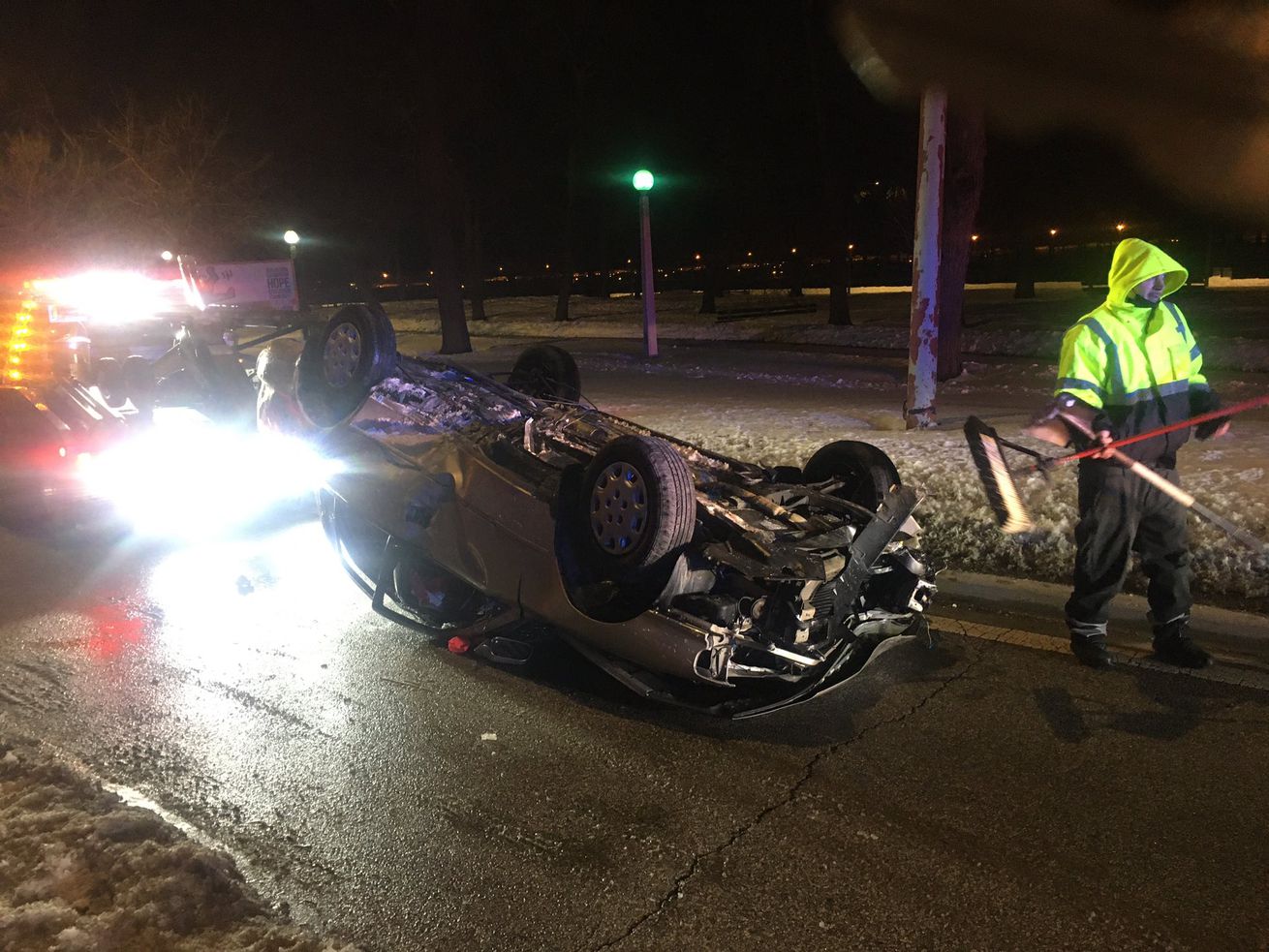 A driver and four children were injured in a roll-over crash Feb. 20, 2021, on Lake Shore Drive near Lake View. | Chicago Fire Department

About 9:50 p.m., a car was northbound on Lake Shore Drive when the driver lost control in the 3200 block of North Lake Shore Drive, hit a light pole, and rolled over onto the entrance ramp near Belmont Avenue.

Five people were injured, including four children, in a roll-over crash Sunday on Lake Shore Drive near Lake View on the North Side.

About 9:50 p.m., a car was traveling north on Lake Shore Drive when the driver lost control in the 3200 block of North Lake Shore Drive, hit a light pole, and rolled over onto the entrance ramp near Belmont Avenue, according to Chicago fire officials.

The driver was brought to Illinois Masonic Medical Center in critical condition, police said. Three children were taken to the same hospital and one child was brought to Lurie Children’s Hospital where they were stabilized.

Four takeaways from the Warriors’ loss to the Hornets