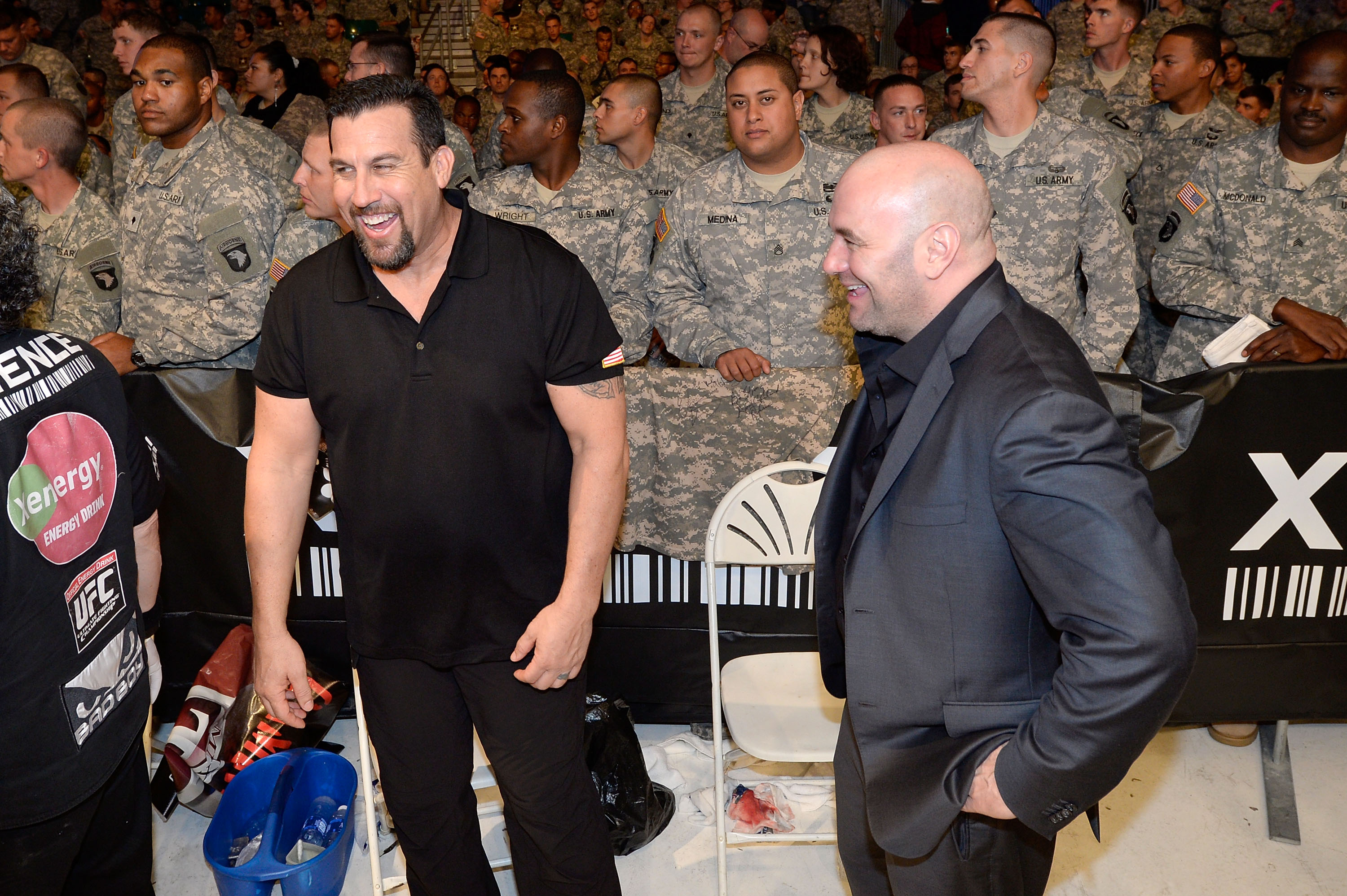 Unlike many other sports, the UFC’s president, Dana White, may be more popular than many of the athletes he employs. Like many other popular figures, White has said and done many controversial things. Former UFC referee John McCarthy knows this well. Recently, he criticized White for the president’s frustrating comments.

Who is John McCarthy?

As ESPN reports, McCarthy has been around in the MMA world for a long time. He trained in Brazilian Jiu-Jitsu under the Gracie family, and he was even a bodyguard for Royce Gracie. Gracie fought at, and won, UFC 1, and McCarthy was by his side watching it all. Not long after, McCarthy became a ref for the UFC, and he reffed for the UFC for about two decades.

Unsurprisingly, having to ref so many fights and travel so often took their toll. Like he told ESPN, he was getting old and wanted to spend more time with his family. So in 2018, the boss of Bellator, the UFC’s rival organization, called him up. He asked if McCarthy wanted to audition for a commentary role, and he surprisingly got the job.

RELATED: Why the UFC Chose Denver for Its 1st Ever Fight: ‘Colorado Had a Loophole in the Law’

The UFC managed to make the best of 2020. As McCarthy explained on his podcast, WEIGHING IN, a lot of people did not want White to host an event without taking safety precautions. The organization was forced to move UFC 249 out of New York and California due to this. But the UFC was able to host UFC 249 and more events after safety procedures were in place.

Those critics all had varying views of things, since this was happening very early on in the pandemic. McCarthy, for example, wanted more information about COVID-19 before any events were held, while other critics were against the idea of holding any events to begin with.

After the UFC’s relatively successful year though, White thought that it was a good idea to release a video that trashed members of the media who had criticized the UFC’s handling of COVID-19. A clip of McCarthy was included in that video, but like McCarthy explained, White had completely misrepresented him.

While McCarthy didn’t consider himself to be sports media, he didn’t like being criticized by White, especially since he thought White misrepresented him. McCarthy wasn’t blinded by anger though. He reiterated that he supported the UFC’s decision to host events with safety precautions …read more