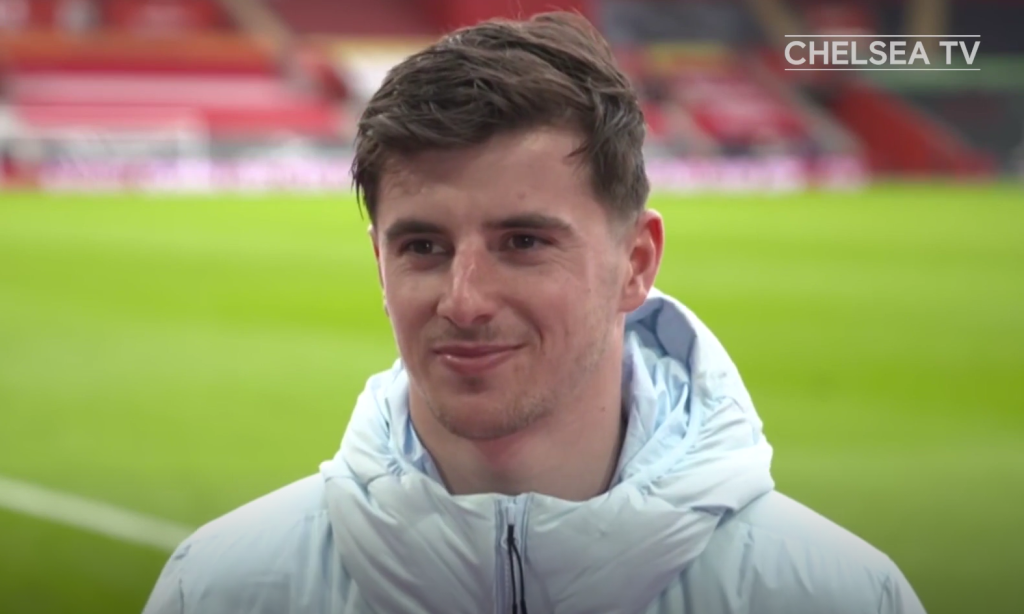 Chelsea’s Mason Mount stepped up and scored a penalty in the Southampton draw (Picture: Chelsea FC)

Mason Mount has revealed why he took the penalty in Chelsea’s ‘disappointing’ draw with Southampton in the Premier League on Saturday.

Southampton have endured a dismal run lately but held Thomas Tuchel’s Blues to a 1-1 draw at St Mary’s, with Mount cancelling out Takumi Minamino’s opener with a second-half penalty.

Jorginho has been a regular penalty-taker for Chelsea but was off the pitch, while Tammy Abraham – who Mount says was ahead of him in the queue – was replaced at half-time.

That meant it was up to Mount and Timo Werner to decide who took the spot-kick and Mount says he took on Tuchel’s advice before slotting away the penalty.

‘Tammy was actually taking the first one but obviously he went off at half-time so it was either me or Timo,’ Mount told Chelsea’s official website.

‘The manager said it should be whoever feels confident on the pitch so I just stepped up.

‘I missed my last one at Tottenham in the Carabao Cup so I wanted to make it right and I was confident in scoring as well.

‘I’ve said before that it does mean a little bit more to me [to score against Southampton] and I scored here last season as well so it’s a nice ground for me to play at.

‘But the most important thing is to get the three points and we didn’t manage to do that so it’s obviously a disappointment.’

Michael Jordan Made Jerry Stackhouse Pay for an Arrogant Boast

Despite falling behind at Southampton, Mount still bemoaned Chelsea’s inability to snatch victory at St Mary’s.

Chelsea remain fourth in the Premier League but West Ham could move into the top-four with victory over Jose Mourinho’s Tottenham on Sunday.

Mount said: ‘We look at it as two points dropped.

‘We’ve been playing good stuff, getting good results and I feel like we need to be winning these games if we want to be pushing and fighting to finish as high as we can.

‘We controlled the game and had a lot of possession but we just weren’t at it in the final third.

Thomas Tuchel was left frustrated as Chelsea were held by the Saints (Picture: Getty)

‘The link-up wasn’t really there, we weren’t creating the chances and sometimes that can happen, especially with an early kick-off where it takes some time to get going.

‘In the second half, we were a bit more on it and maybe could have scored more with the chances that we had.

‘We need to look at what we did wrong, where we can be better, which was in a lot of places today, and try to improve every day.’

Atletico Madrid, Manchester United and Liverpool are the next three opponents for Tuchel’s Chelsea and Mount is determined to impress …read more

The Commonwealth In ‘The Walking Dead’ Comics: A Primer