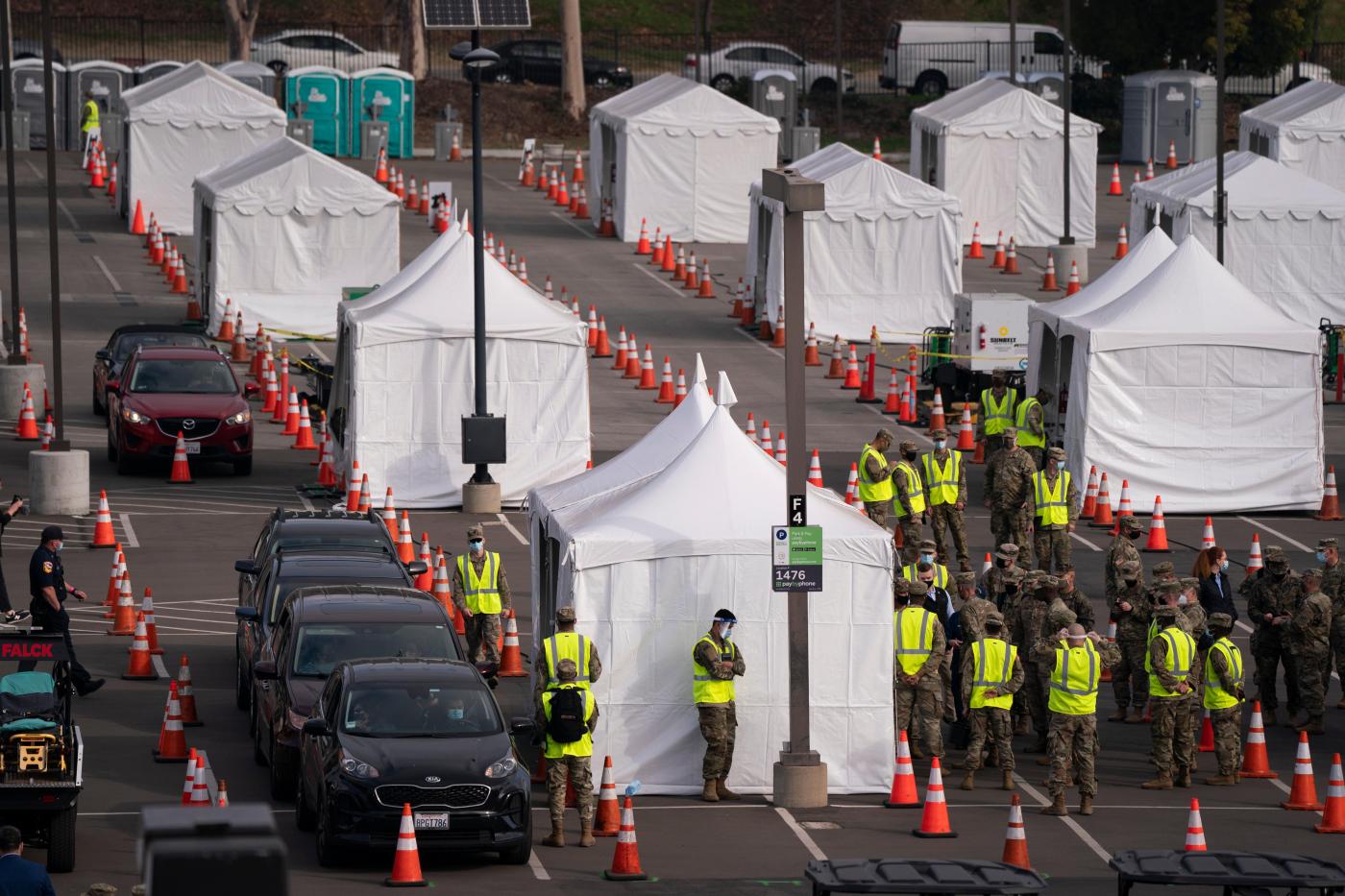 California’s new system of delivering, tracking and scheduling coronavirus vaccines is being rolled out in select counties, a first step in Gov. Gavin Newsom’s plan to smooth out what has been a confusing and disjointed rollout hampered by limited national supply.

Newsom announced last month that his administration had tapped insurer Blue Shield to design and manage a centralized system to get doses out quickly and equitably. He said the state also needs robust data to ensure vaccines are distributed equitably and reach low-income communities, largely Latino and Black, disproportionately affected by the pandemic.

An initial list provided by the state showed 10 counties in the inland sections of central and Southern California chosen to be the first to make the transition to the Blue Shield system this week, although one county said Friday it would shift later. While the counties understand the goals, there’s confusion about what changes will occur.

Counties in the initial group include Riverside, Fresno, Kern, Kings, Imperial, Madera, Merced, San Joaquin and Stanislaus. Starting March 3, another group that includes Los Angeles, which has 10 million of California’s nearly 40 million residents, will be added. San Francisco is among the counties being added in mid-March, though the dates and counties in each group are subject to change.

Brynn Carrigan, Kern County’s director of public health, said she was told that starting Sunday everyone must make appointments through the state’s vaccine sign-up system, called My Turn. In neighboring Fresno County, a spokeswoman for St. Agnes Medical Center said it had no plans to switch its scheduling system.

“It’s scary to give up control of a system that we’ve spent a lot of time on, that’s working really well right now,” Carrigan said. “Our hope is there’s not a lot of hiccups and this goes smoothly.”

Darrel Ng, vaccine spokesman for the state’s public health agency, declined to answer questions about what to expect during the transition. But he said the state and Blue Shield “have worked tirelessly to plan and implement phased changes to more efficiently and equitably administer vaccines.” He said they will share more information next week.

California has used stadiums, arenas, fairgrounds — even Dodgers Stadium and Disneyland — to build a large capacity to administer shots, but much has gone unused because of the limited availability of vaccines. Residents were frustrated when the state first started vaccinating the general population in January, with 58 counties and individual hospital systems setting their own rules for who could make an appointment and how.

While state officials have been clear on what they want the new system to accomplish, they have provided little information on how counties and other providers are expected to get there. And officials are upfront that they don’t have answers yet to critical …read more

Bloodlands: Cast, time and how many episodes will there be?